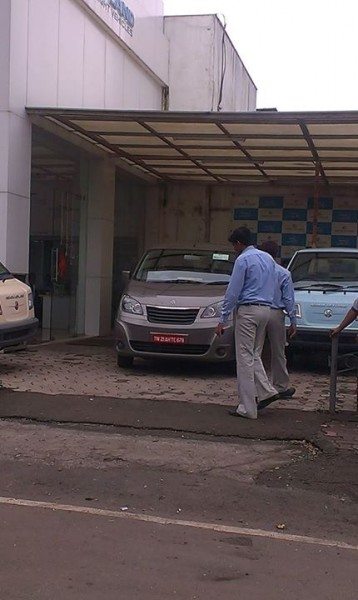 Popular Indian heavy vehicle manufacturer Ashok Leyland unveiled its Stile MPV at the 2012 Indian Auto Expo and it has taken the vehicle close to two years to reach the production stage. Only a couple of days back, we reported that Ashok Leyland dealers across the country have started receiving vehicles from the first batch of Stile MPVs and now, seen here are pics of the upcoming car at its Navi Mumbai dealership. 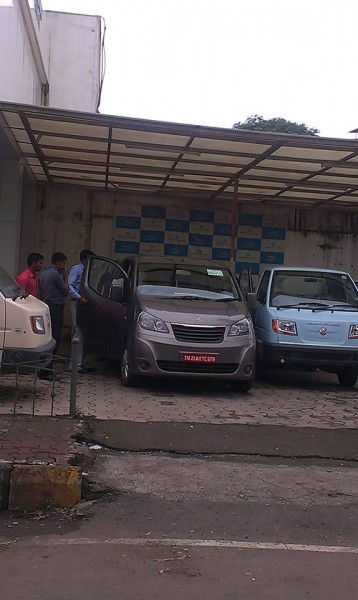 As can be seen on closer observation, the Stile is a re-badged Evalia and as with most of such products, Ashok Leyland seems to have taken enough measures to differentiate the upcoming vehicle from its donor car. This should help the Stile garner attention and most importantly, carve out a niche for itself in the fast developing MPV segment of our car market.

Ashok Leyland is mainly targeting the cab operator/commercial van segment with the Stile. It may be noted that the Nissan Evalia is (also) targeted at family MPV buyers.

The Stile will be built by Nissan, alongside the Evalia, at the Renault-Nissan joint manufacturing facility at Oragadam, off Chennai. Ashok Leyland is likely to sell the Stile from its newly established small commercial vehicle dealerships, the ones that also sell the Dost range.

The Stile will come with the same 1.5 liter K9K turbo diesel engine that powers the Evalia but will have a lesser power output of 74 Bhp. Torque is rated at 185 Nm. The engine is mated to a five speed manual gearbox with gearshifter mounted on the dash. The Stile is lighter than the Evalia by 43 kgs and hence has a slightly higher claimed fuel efficiency figure of 19.5 Kmpl (against the Evalia’s 19.3 Kmpl). The missing goodies compared to Nissan Evalia include the Stereo unit and passenger side power window switch. Also Central locking, keyless entry (with the push button start), fog lamps and real time fuel consumption display have been given by a miss.

The Stile will be sold in 3 variants: Base, LS and LX.

The Base variant is an 8 seater model, and the LS and LX variants can be configured with captain seats on the second row, and are 7 seaters. The Stile gets sliding windows, covered glove box and an AC blower for the second row.

Stay tuned to Motoroids for the pricing and other details of Ashok Leyland Stile.