Arindam Saikia of Team Polaris and Nataraj R of Team TVS were crowned the undisputed champions in the 20th Raid de Himalaya. Arindam, who managed to jump ahead on Day 2 while tenaciously hanging on to his lead for the next two days and claiming the Xtreme 4X4 category. He logged a total penalty of 6.32.49 hours. Nataraj, on the other hand, has been in a class if his own among the bikers, and easily won in the Moto Xtreme. He, in fact, proved to be the fastest competitor in the entire field, with a total penalty of 4.58.52 hours!

The iconic Raid started from Kargil on the 10th of October and concluded on Saturday, with the drivers coping with extreme cold and demanding terrain across Kargil, Zanskar and Ladakh. 2015 Raid winner Captain AVS Gill, in his Grand Vitara, finished 10.53 minutes behind to take the second position. Himanshu Arora of Haree Rallying, driving a Gypsy, took the third place. Amitrajit Ghosh of Team Mahindra made a major comeback to claim the fourth place.

With Nataraj comprehensively beating the field, the others had to settle for the remaining honours. His teammate Imran Pasha finished with a total penalty of 5.15.21 hours to take the second place. Vishwas SD finished third while Jatin Jain was fourth. 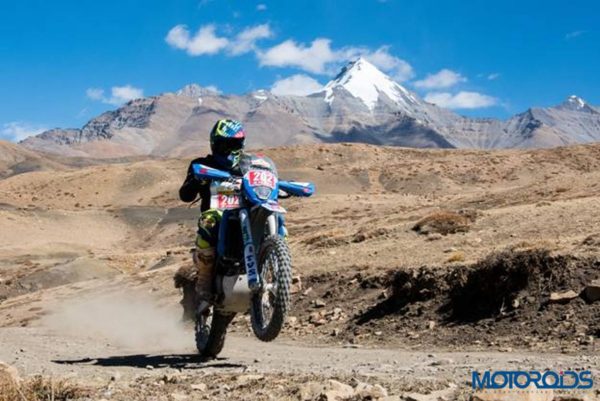 Vijay Parmar, President Himalayan Motorsport, pointed out that these were all provisional results as the final audit was still in progress. “Raid 2018 was very difficult. We kept facing bad weather at every turn. For the first time, we encountered temperatures as low as -16 degrees. Wind chill was well over -20 degrees, making the going really tough for the bikers,” Parmar said. Raid de Himalaya, considered among the top ten toughest motorsport rallies of the world, is organized by Shimla-based Himalayan Motorsport, India’s premier motorsport club. 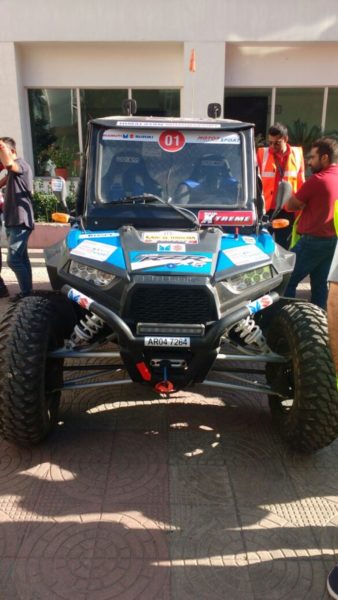 Remarkably, both the amputees in the fray, Vinod Rawat of Mumbai and Ashok Munne of Nagpur, finished the Raid successfully, even finishing second and third in the Group D category, featuring stock bikes with no modifications while Vishal Das of Kolkata was the winner.

Parmar said reducing the Raid de Himalaya format to four days kept the competition alive till the end. “The Raid has usually been six days long. By Day Four, the likely winners usually emerge and it’s just a question of holding on to your lead after that,” Parmar said.