The Ariel Ace has finally been revealed. It is the latest motorbike offering from the maverick “naked” sportscar manufacturer of England. 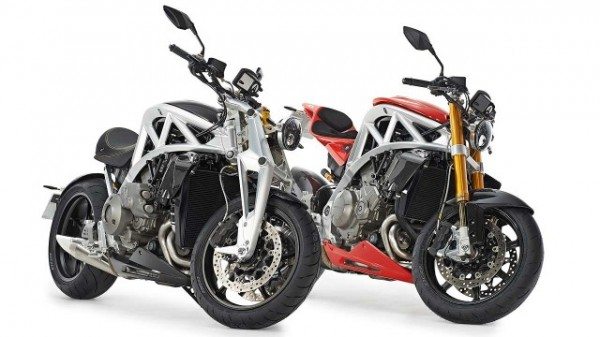 The Ariel Ace is actually a comeback medium for the British company. Ariel used to manufacture motorcycles earlier, but the Ace will be their first ever motorcycle offering in 50 long years. The Ariel Ace will be showcased this week at the Goodwood Festival of Speed. Production of the bike will begin in 2015, and Ariel will like to keep the volumes of the motorcycle low in order to keep its exclusivity intact. The Ariel Ace will be produced at the manufacturer’s Crewkerne plant alongside the iconic Atom car. Ariel officials have suggested that they intend to produce about 100-150 motorcycles every year.

Powering the Ariel Ace motorcycle is Honda’s 1237cc V4 engine, used on the Honda VFR1200. It belts out a peak power of 173 hp at 10,000 revs. The engine also has a mammoth torque output of 131 Nm at 8,750 revs. The drive system on the Ariel Ace is similar to that employed on the Honda VFR1200. Since the engine produces massive amounts of torque, a drive shaft is used to transfer torque to the rear-wheel without any chance of drivetrain clatter. Honda’s pioneering Dual Clutch Technology (DCT) will also be found on the Ariel Ace. It will employ a couple of clutches, one for the even-numbered gears and the other for the odd-numbered ones. 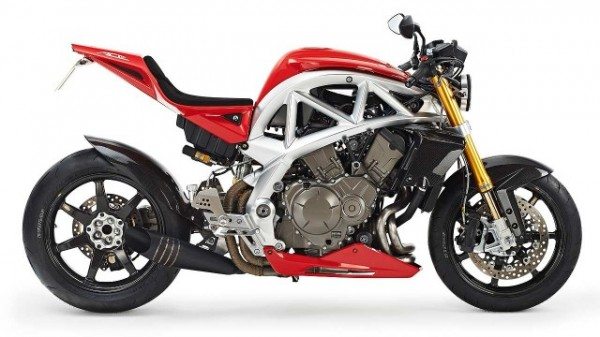 However, that is not where the things end. Infact, things begin from that point.

Ariel has promised that each Ace motorcycle will be unique. They are providing customisation as a key part of the deal. The available options for personalisation of each Ariel Ace motorcycle includes :

And that is why they intend to keep the volumes of the Ariel Ace down to a trickle. This will help keep alive the exclusivity of the Ariel Ace; a thing that can’t be and isn’t owned by anyone and everyone. The prices of the Ace motorcycle will begin from £20,000, and will move northwards as the buyer selects more customisation options.