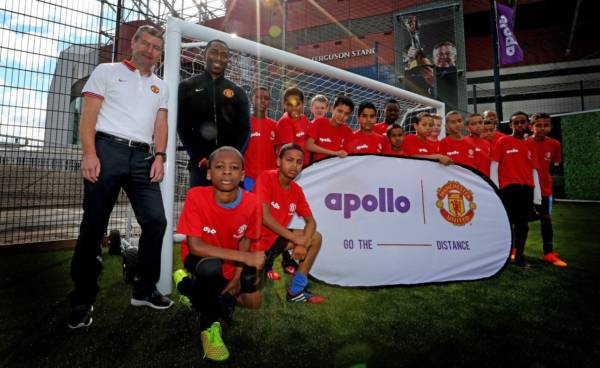 Apollo Tyres is helping football enthusiasts to test out and hone their skills as the tyre maker created a pitch from recycled rubber which is placed adjacent to the Theatre of Dreams which will be available for the local community for use. Apollo is using 100% recycled rubber from its own tyres to create the surface for a new state-of-the-art community pitch within the Old Trafford premises. The pitch has been specifically designed around three key challenges incorporating control, agility and accuracy, key performance aspects of Apollo Tyres’ products.

Apollo Tyres has also confirmed an extension to the partnership with Manchester United across Europe, Asia and Africa and will be the Manchester United’s Official Tyre Partner in 69 countries.

Commenting on the initiative, Marco Paracciani, Chief Marketing Officer, Apollo Tyres Ltd said, “Sustainability is a key element of our philosophy and we have found an innovative way to use recycled rubber while at the same time making a long-term investment for the benefit of the local community. In our role as sponsor of Manchester United, we want to support the local community and the construction of our first ‘Go the Distance’ pitch is proof of our commitment.” 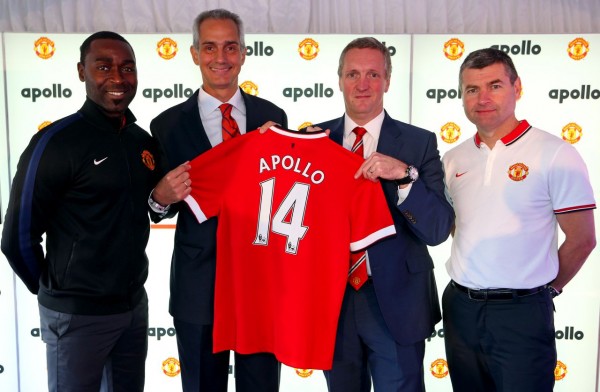 Paracciani further added, “All of us at Apollo Tyres are hugely proud of this initiative and it is only apt that we are launching our first state-of-the-art pitch at no other place but the Theatre of Dreams.”

The initiative is in line with Manchester United’s objective of encouraging young talent. The club has a long-standing tradition of youth investment and development and Apollo Tyres hopes that the pitches can also act as a springboard for another wave of talented young players from the local communities. With youth development a key component in Manchester United’s DNA, the Club continues to focus on the next generation of talent under new manager Louis Van Gaal.

Manchester United Group Managing Director, Richard Arnold commented, “It is a fantastic opportunity for both the club and for Apollo Tyres to engage further with the local community. This was always an important aspect of our partnership when we announced it last summer and we are delighted to see the impact it will have on the local community in Manchester.”

Arnold further added, “Manchester United is synonymous with developing the best young talent from around the world and it is a consistent theme throughout the Club’s history. With the creation of this community pitch outside Old Trafford, it proves that both companies are equally committed to encouraging the next generation of talent.”