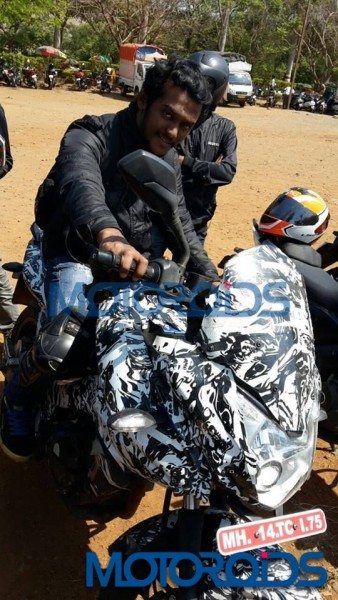 Spy pics of the upcoming Bajaj Pulsar 150AS has been surfacing with regularity in the last few weeks, and here is our latest instalment. Snapped by Motoroids readers, Chetan Manjrekar, Gi Ree Sh, Tushar Phadke, and Swapnil Masavkar at Balaji Pune, these images confirm what we already know: Bajaj is following the Discover’s product strategy for their Pulsar brand. 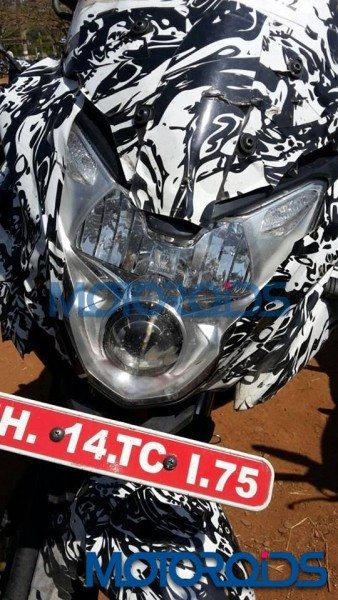 Essentially a smaller version of the 200cc Adventure Sport that has been spied earlier, the Pulsar 150 AS comes with a tall screen up front, clip-on handlebars, and, for an adventure motorcycle, rather spindly front telescopic forks. At the heart of it all is a 150cc, triple spark, carburetor fed motor that makes around 17 PS of power at 9000 rpm and 13 Nm of torque, mated to a 5-speed gearbox. 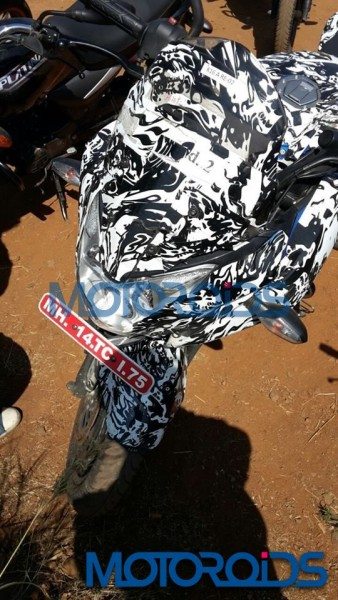 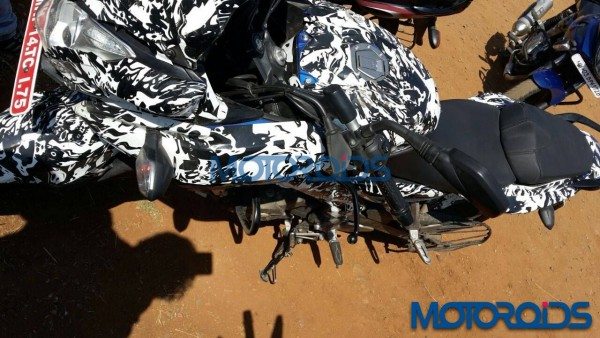 Suspension at the rear is handled by a monoshock linked to a box type swingarm, replacing the conventional twin shock absorbers found on the older 150cc Pulsars. Brakes are petal discs upfront, and a rather archaic drum unit at the rear. The front headlight is reportedly a projector unit, neatly incorporated in a half front fairing that merges rather well with the tank. The biggest change on the new 150cc Pulsars will be the introduction of a modern perimeter frame, like the one found on the 200 RS/NS. Rubber size at both ends is identical to that on the existing 150cc Pulsar, while the alloy wheel pattern is identical to the ones that we are seeing on most new Bajajs these last few years. 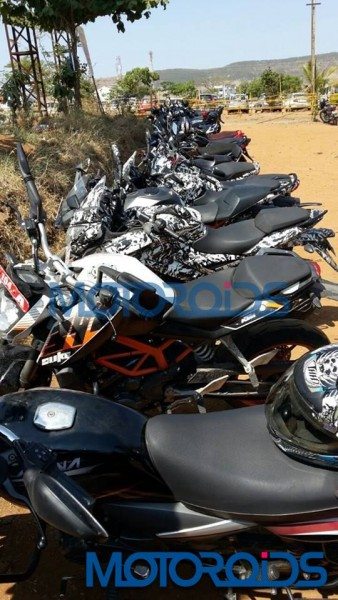 Judging by the quality of fit and finish on these bikes, we reckon the Pulsar 150AS to be no more than a few weeks away from their official unveil. In the meantime, we have our first ride review of the new Bajaj Pulsar 200SS coming up soon. Stay tuned.