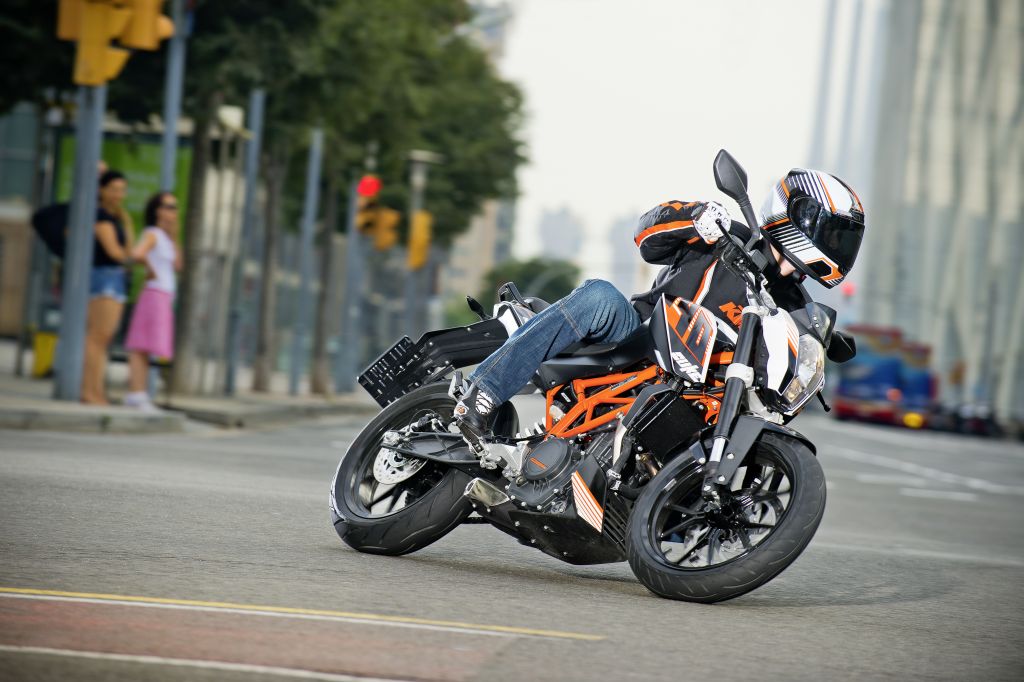 Regulars here would remember that we reported in detail when it emerged that the new KTM 390 Duke might be unveiled in India on April 10. We have also been reporting about the numerous sightings of the upcoming bike being tested on Indian soil. Now we have compiled all the details of the 390 Duke to give you a fair idea of what is in store for us in near future.

The upcoming bike from KTM looks similar to the 200 Duke and the biggest visual difference between both the bikes could be the body graphics. Powering the KTM Duke 390 is a single cylinder 375cc motor that has a max power output of 44bhp and peak torque figure of 35 Nm. The engine is mated to a 6-speed gearbox.

One of the spy pics that have been previously seen hints at really thrifty drinking habits of the new bike. It is being said that the upcoming bike could have a fuel consumption figure of as high as 35 kmpl. Anything close to this from a 44 bhp bike is close to phenomenol.

In another spy pic, it was revealed that the India spec KTM 390 Duke would come with an ABS unit. This ABS unit has been manufactured by Bosch and comes with sensors at both wheels to read the torque on supply and send the date to a microchip, which in turn, optimizes the braking capability. Another worth mentioning point is that the KTM 390 Duke sports a 4-piston brake calliper instead of the Duke 200’s 2-piston calliper