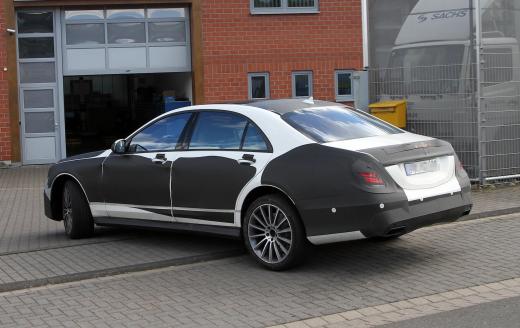 Mercedes Benz has now confirmed that the all new S Class will be unveiled in 2013. It has also emerged that the new sedan will be available in as many as six variants. As we had been expecting, the new flagship sedan will be marginally bigger than the current car and will also get a line up of new power options that will include a plug-in hybrid as well. As the spy pics have been showing, the new car will sport a larger, more upright grille and redesigned headlamps with incorporated LED running lights. Also on the cards is a S-Class convertible to cater to the open-air limousine market. Rumors are suggesting that Mercedes will put an end to the CL Class and instead, will come up with a S Class coupe.