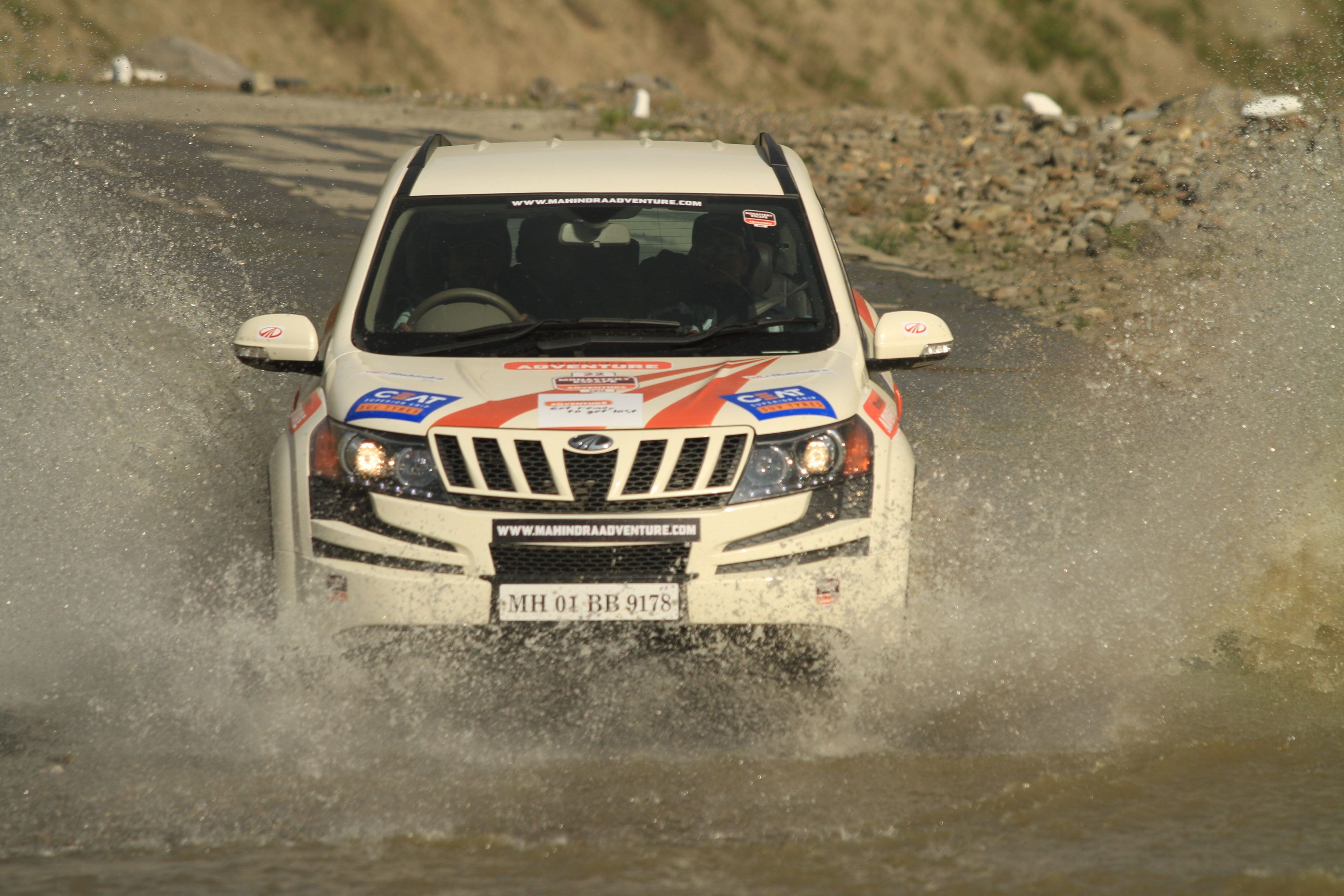 A group of 20 vehicles, consisting of XUV500, Thar and Scorpio were driven from Delhi to Leh and back via some of the most treacherous passes in the Himalayas like the, Baralacha La, Tanglang La, Nakee La & Zoji La route over ten days, traversing more than 3000kms. The idea of the drive was to offer the Himalayan driving experience to both novices and motorsports enthusiasts by providing them with adequate backup.

Speaking on the occasion, Mr. Vivek Nayer, Senior Vice President, Marketing, Automotive Division, Mahindra & Mahindra Ltd. said, “In keeping with our promise of providing adrenaline pumping challenges & escapes, we unleashed the second season of the Monastery Escape 2012 in association with Ceat Tyres & Mobil 1, under the umbrella brand of Mahindra Adventure. The journey celebrated incredible India as it traversed through some of India’s most beautiful Himalayan locales making it a drive of a lifetime”.

Starting from the green hills of Manali, the convoy followed the waterfalls alongside to reach the picturesque Rohtang pass. As the vehicles drove from Rohtang to the next destination Jispa, the terrain changed from beautiful green meadows to the brown barren mountains. The climb continued to nearly 14,000 ft to Sarchu, a place where beauty surpasses the level of oxygen in the air. The drivers of Mahindra vehicles braved the cold biting wind and moved towards the land of monasteries, Leh. Having crossed treacherous passes like Thangla pass, one could finally breathe well as the convoy entered the lush green valley of Ladhak. Dotted with monasteries and white stupas, the drive to Leh was nothing less than breathtaking. Further, a quick visit to Nubra valley, where one could see the endangered double humped camels and the famous hot water spring at Panamik, left everyone energized for more adventure. Enroute to Leh, the fleet of Mahindra UVs traversed through the world’s highest motorable pass at 18,400 ft at Khardungla. Enroute the adventurers also paid homage to the soldiers at the Kargil war memorial at Drass. The journey continued to the land of Chinar, Srinagar. Finally, the last leg of the journey was made from Srinagar to Delhi, while crossing the beautiful fields in Punjab, thus concluding the ‘Drive of a Lifetime’ with Monastery Escape 2012.