Home News Acura is the official automotive partner of The Avengers. New NSX Roadster to make an appearance in the movie 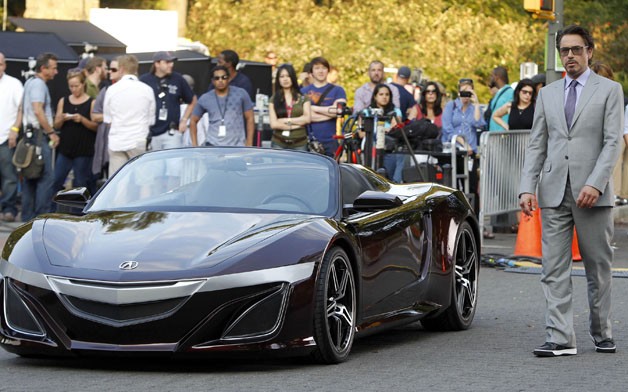 Acura has announced that they are the official automotive partner for upcoming flick The Avengers and the NSX Roadster will be introduced to the world in the movie.Acura says that this car is “created specifically for the film.” However, the production version of this car should not be too far from us. The NSX is not all that will be seen in the movie as the characters will also be seen piloting the MDX, ZDX, RDX and TL. Here is a promotional clip of the Marvel’s The Avengers that shows the 2013 Acura RDX.