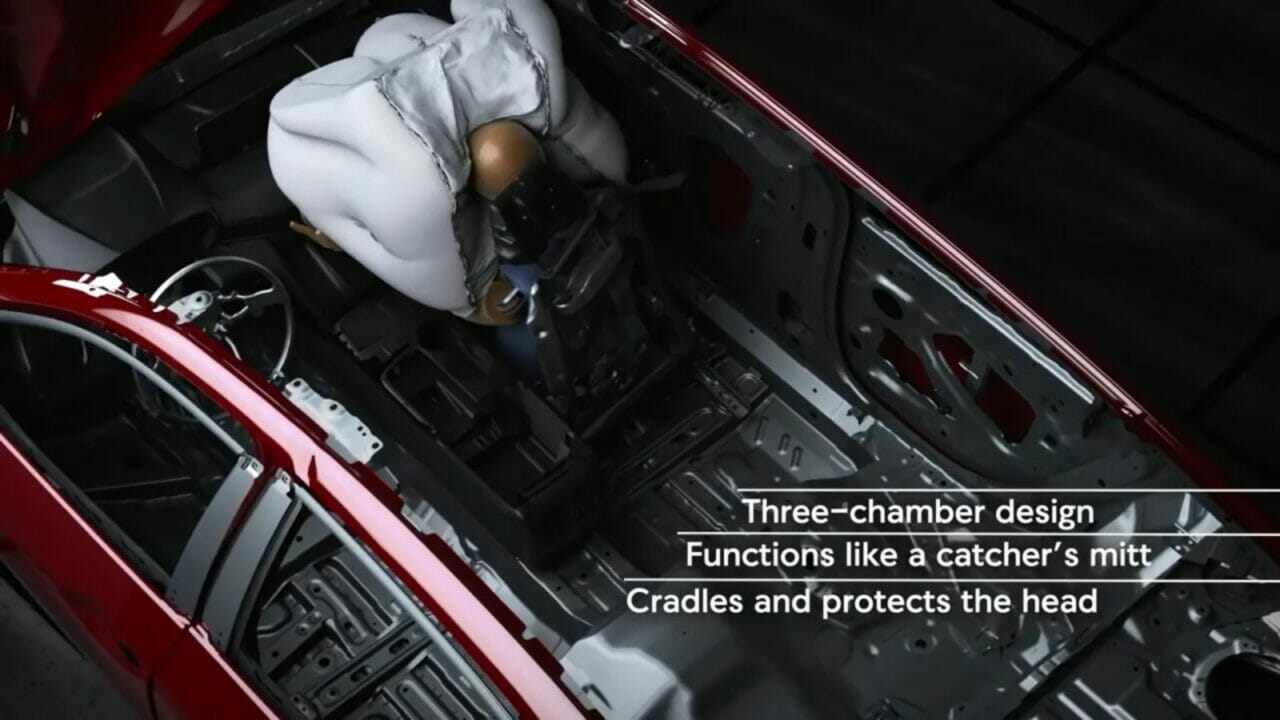 Luxury carmaker Acura has come up with the world’s first front seat airbag that claims to reduce severe brain trauma caused by angled frontal collisions. The manufacturer said that the new airbag will feature in its soon to be launched 2021 TLX sports sedan.

The luxury vehicle division of Honda Motor Company, the company says it targets the highest available safety ratings from both NHTSA and IIHS (5-star Overall Vehicle Score and Top Safety Pick+, respectively) thanks to the next-generation passenger front airbag. 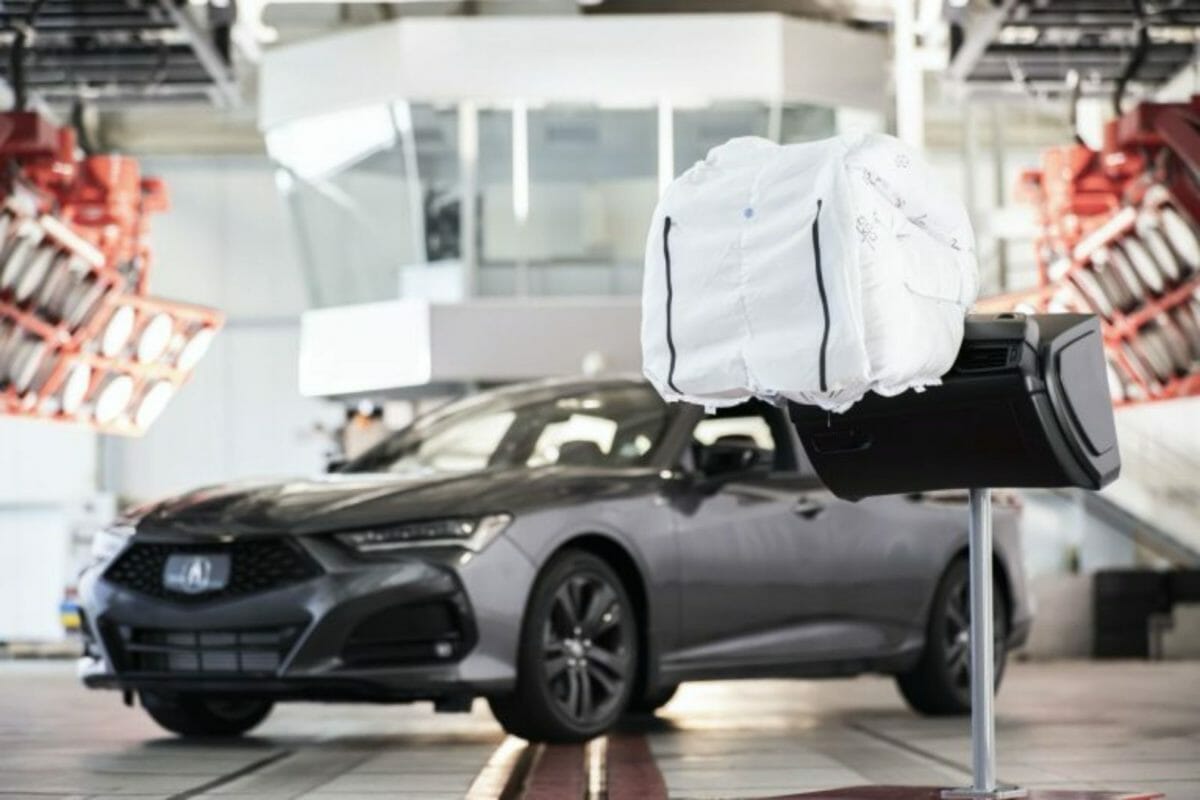 The company has issued a statement saying that the next-generation airbag technology was co-developed by Honda R&D Americas and safety systems supplier, Autoliv, which is now being offered to other automakers to enhance safety performance for their future products.

Development Of the New Airbag

This next-generation airbag technology is Acura’s latest advancement in occupant safety and ties back to earlier Acura innovations, including the world’s first vertically deploying front passenger airbag (1991), a unique design that reduced the potential for injury from a deploying airbag and was broadly adopted by the automobile industry in subsequent years. 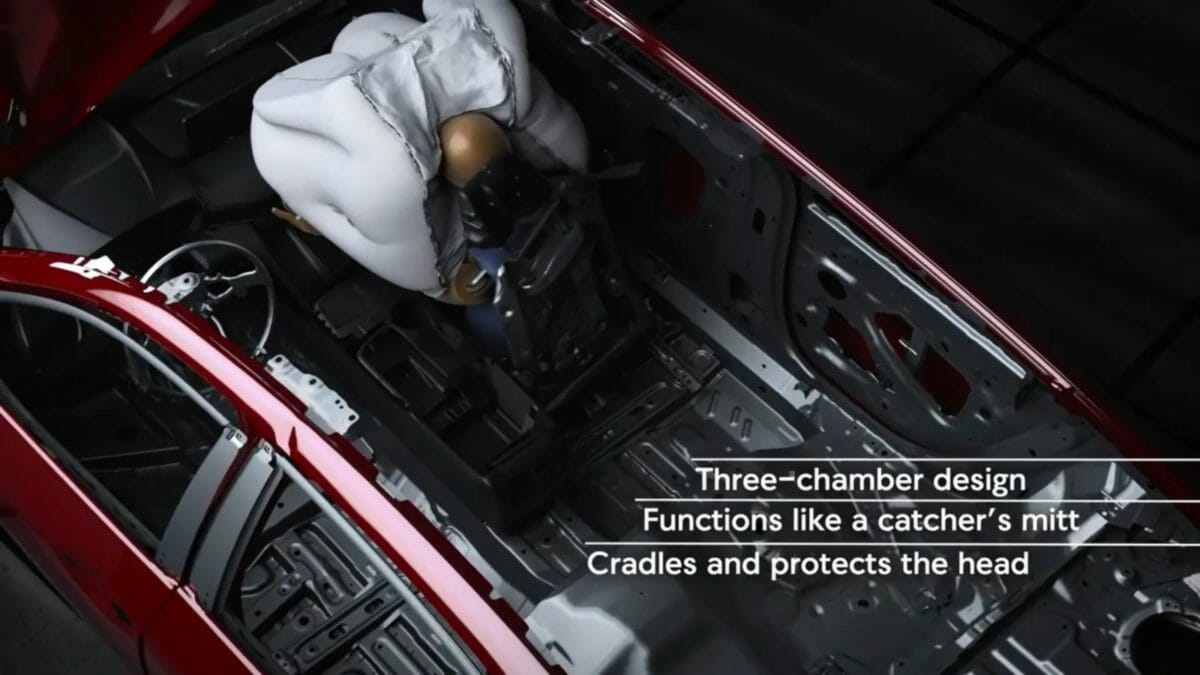 “This new Acura TLX is the latest example of our safety engineering team in Ohio pursuing important innovations to advance toward our goal of a safer and, ultimately, collision-free society,” said Jim Keller, President of Honda R&D Americas, LLC. “I’m very proud of how our engineers analyzed new brain injury research and then took action to achieve one of the most substantial advances in airbag design in decades”, he added.

The new airbags that will feature in the TLX sports sedan have been designed to reduce lateral collision forces that can cause severe damage to the human brain. Forces are strong enough to cause a passenger’s head to rotate at high velocity, and slide off a traditional airbag, thereby causing serious injuries.

The new airbag technology was developed after researching a landmark study of brain injuries. The project was led by scientists at the United States Department of Transportation and resulted in the BrIC (Brain Injury Criteria) methodology for measuring brain injuries from vehicular accidents.

How Does The New Airbag Work On Collision?

As per the company, the new front passenger airbag is designed to better manage lateral collision forces that can cause an occupant’s head to rotate severely at high velocity, or to slide off a conventional airbag, increasing the chance of serious injury. Instead of featuring a single inflatable chamber like traditional airbags, the new airbag operates something like a baseball catcher’s mitt. An uninflated panel first catches and decelerates the occupant’s head with less force, while also directing it inward between two inflated chambers to cradle and protect the head.

The new passenger front airbag uses four major components: three inflated compartments consisting of a central chamber and two outward-projecting side chambers that create a wide base across the dash, plus the uninflated “sail panel” that stretches between the two side chambers.

In addition to the new passenger front airbag, the 2021 TLX now includes knee airbags for the driver and front passenger. The knee airbags are designed to better control the forward motion of the occupants in the event of a frontal collision, in conjunction with the front airbags and seatbelts. Each knee airbag is contained beneath a panel on the underside of the instrument panel, which is contoured away from the knees, providing improved legroom and easier ingress and egress from the vehicle.

Also READ: The Indian Police Force And Their Rides

The 2021 TLX is equipped with eight airbags in total, the most ever for the model, including front, side and knee airbags for the driver and front passenger and side-curtain airbags with a rollover sensor.