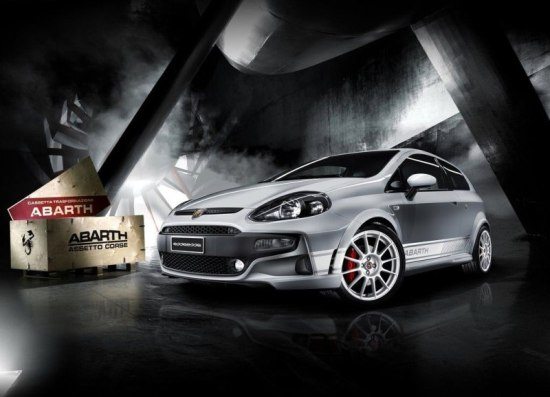 We are very sure that this news will set many car lovers, particularly fans of hot hatchbacks, all excited. While Fiat India’s intention of launching the Abarth cars is a well known fact, it has now emerged that the first Abarth car, the Abarth Punto, will be launched as soon as in June this year!

To keep the costs low, the Abarth Punto will be built at the car maker’s Ranjangaon facility near Pune. We expect the car to come with a price tag of INR 7-8.

Fiat India recognizes the high demand for diesel powered cars in our car market and it seems like it has learnt its lessons quite well after the very capable Fiat Linea T Jet petrol failed to generate a good response from the Indian car buying lot.

Hence, the India-spec Abarth Punto will come in both petrol and diesel engine variants. The petrol engined car is likely to be powered by the 1.4-litre T-jet motor, albeit, in a higher state of tune. For the India spec Abarth Punto, the T Jet motor is likely to pump out close to 150 PS, which is double of what the standard Punto petrol has on offer. Not much is known about the diesel engine variants but the car might come with 1.6 litre multijet diesel engine.

The Abarth Punto will also come with stiffer springs, thicker anti roll bars and sportier dampers to complement all that increase in engine power. Other changes include new upholstery for interiors, ABARTH badges and decals and upgraded brakes.