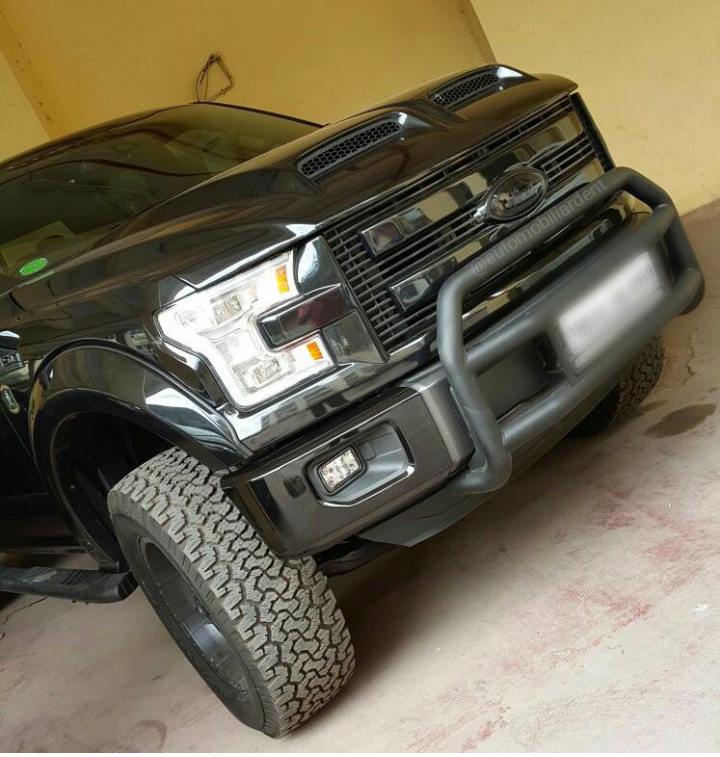 Although Santa came a bit late for Christmas, he didn’t seem to disappoint Mumbai’s supercar fanatics who were greeted with images of a Ford F-150. This news comes barely a month after a Mercedes Benz G63 AMG 6×6  with a Brabus tune made its way to India all the way from London. The Tuscany tuned Ford F-150 Lariat Supercrew is reportedly here to stay as the car features local registration plates instead of the foreign registrations usually seen on imported vehicles bought in under the Carnet scheme. 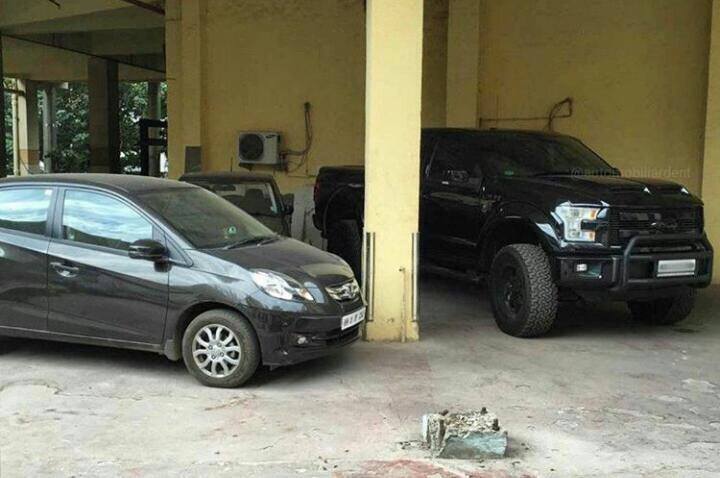 Although the engine specifications of the car cannot be confirmed, reports suggest that this 2015 F-150 is powered by either a 2.7 litre V6 engine or a 5.0 litre V8 engine, both petrol fuelled. The Black Ops edition by Tuscany on this model of the F-150 features a plethora of changes on the exterior and a few on the interior of the car although the engine remains untouched. Some of the modifications on the exterior include BF Goodrich all terrain tyres, stealth black 20 inch Tuscany Black Ops wheels, 6 inch ProComp suspension lift, ProComp heavy duty performance shocks and 305 section tyres. 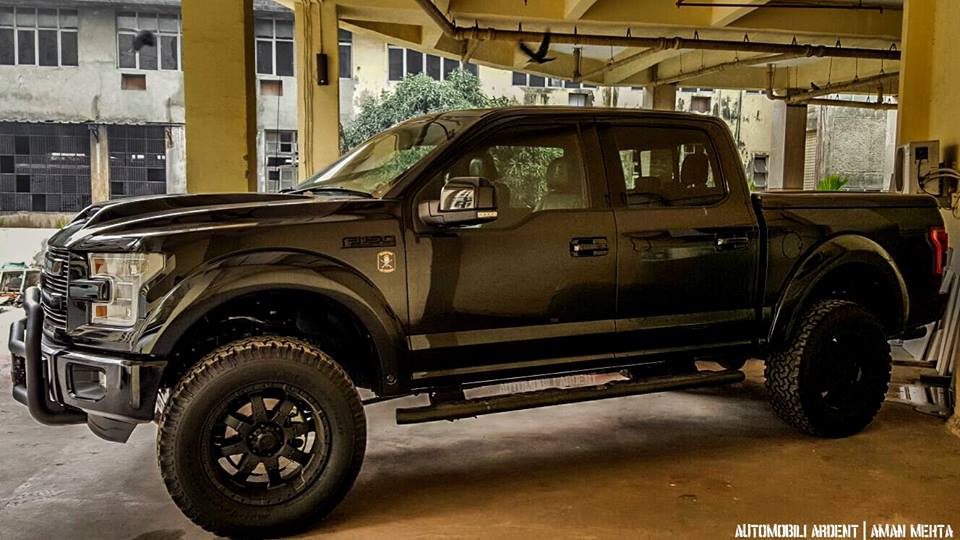 A custom shade of black is given to the fender flares, the grille and its surrounding and the dual ram air hood while the bull bar, rock guards, nerf bars and dual tip performance exhausts come in powder coated black. The interiors feature Black Ops embroidered patches along with the American flag patch in the headrests while the windows get a deep black tint.