Renting a supercar isn’t as difficult (in select countries) but not everyone has the skills to control the tarmac burning power. A 25-year-old bloke found it the hard way. The INR 3.89 crore Lamborghini Huracan Spyder, which was a rental car, crashed into two cars and a lamp post in Century Park Trading Estate on Garrison Lane, in Bordesley Green, causing damage to several parts. The 25-year-old driver suffered from an injured nose. He, however, refused hospital treatment. 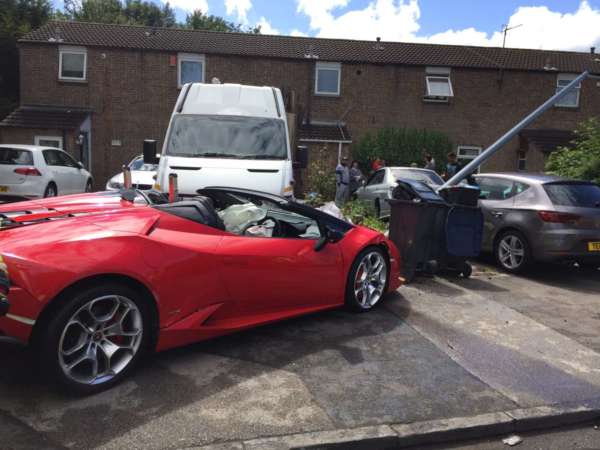 A West Midlands Fire Service spokesman said, “A sports car was in collision with another car and then hit a lamppost. It also collided with a third stationary car on a driveway. There were no persons trapped. We requested an ambulance because the driver sustained minor injuries. We made the scene safe. The police were in attendance.” 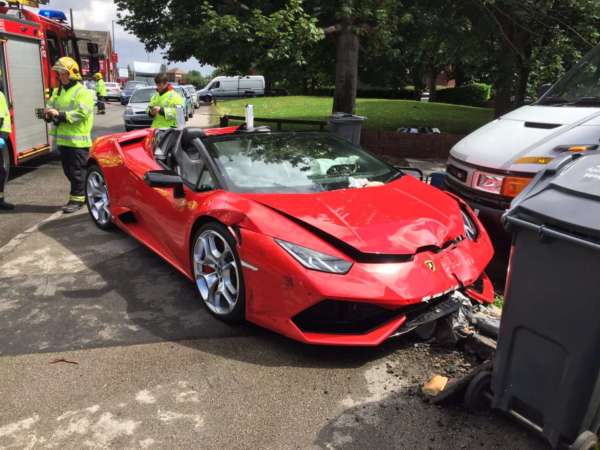 The driver clearly could not handle the 5.2-litre, naturally aspirated V10 engine’s 610 bhp power. Zero to 100km/h takes just 3.4 seconds while the claimed top speed stands at 324kmph. The rental supercar suffered damage to the bonnet and bumper. The force of impact deployed the airbags.

Images via @WardEndFire and BirminghamMail