The new Toyota Hilux has been teased and leaked several times earlier this year, but now it’s time for the official details about the newest version of the long-running pickup truck nameplate.

Launched in its home market in Thailand, where it’s built for the ASEAN and Australian markets, the 2021 Hilux gets a much-needed facelift along with its SUV twin, the Fortuner. Apart from the new look, the updates on the midsize pickup are almost skin-deep which includes the engine. 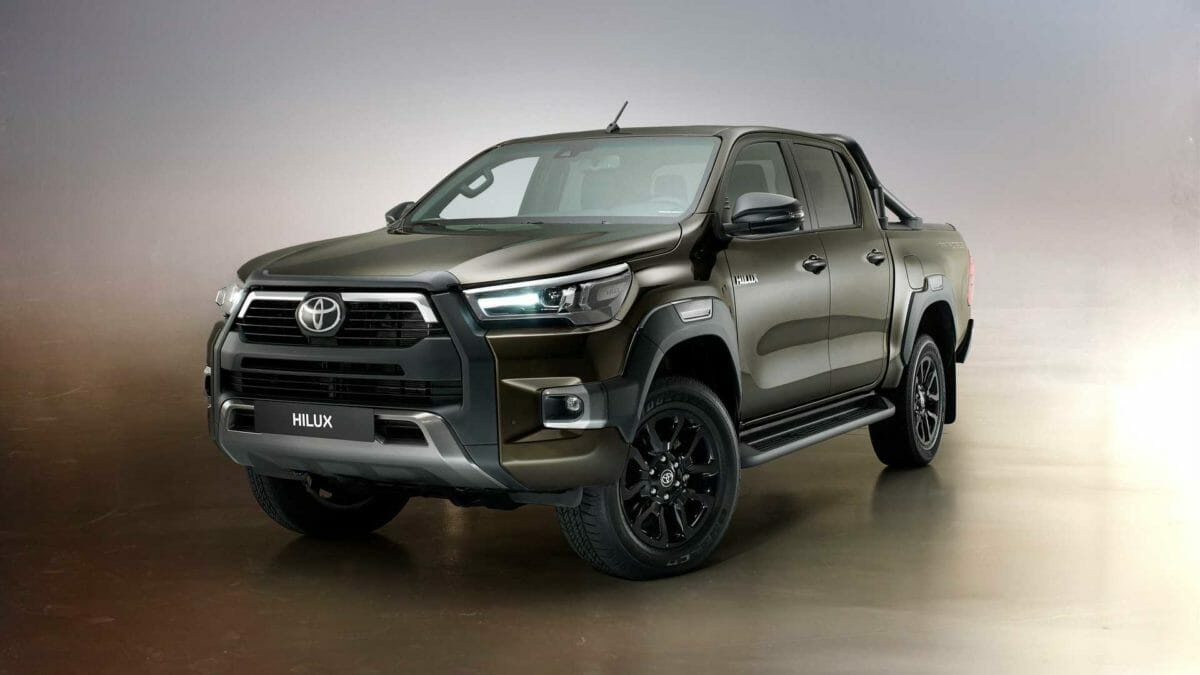 The new design on the exterior genuinely reflects a sense of toughness in virtually all dimensions with a wide array of state-of-the-art elements, together with newly designed Bi-Beam LED Headlights with Daytime Running Light as well as the stunning Light Guiding Tail Lights.

The interior design has been significantly enhanced with freshly designed touchscreen and gauge to provide greater convenience and cutting-edge look and feel to the car. The 2021 Hilux facelift gets an 8-inch touchscreen infotainment system with enhanced voice recognition and Apple CarPlay and Android Auto support. The higher variants also get satellite navigation and digital radio. There is a new 4.2-inch multi-information display in the instrument console that incorporates a digital speed readout. 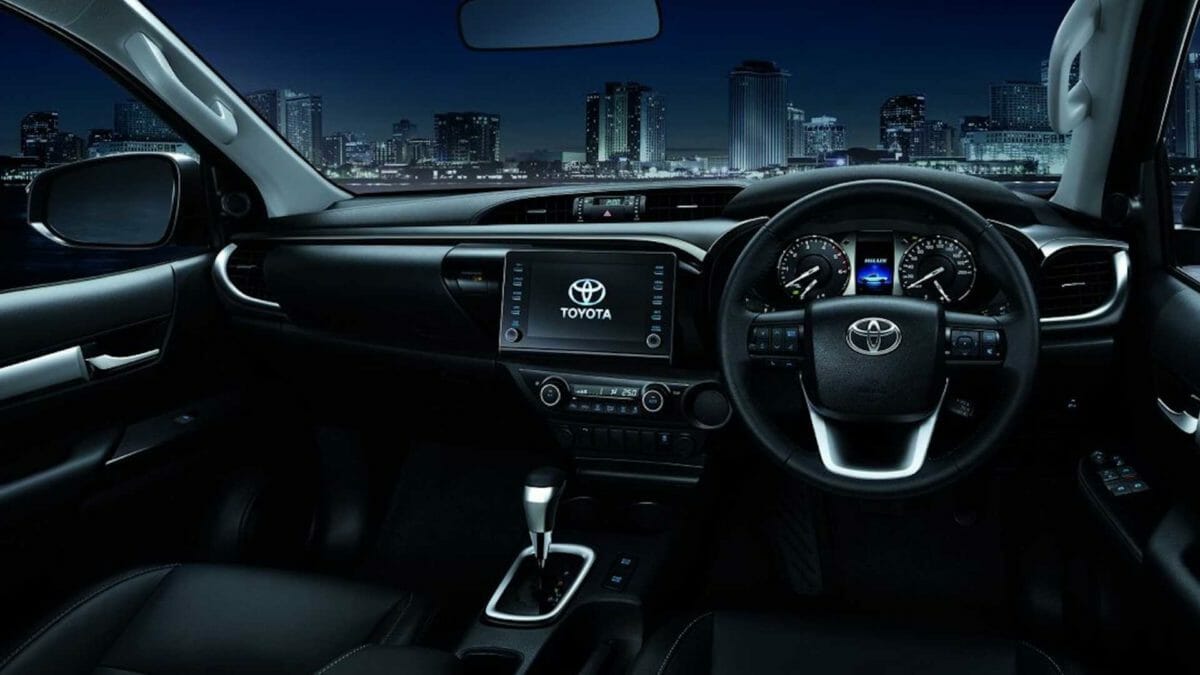 In addition, the cabin has been entirely decorated in alignment with the exterior design in order to completely encapsulate a strong sense of rigidity and aggressiveness, while also integrating superior quality with several special accessories and interior lighting. New kit available also includes an 800W, 9-speaker JBL sound system.

In terms of powertrain, Toyota has also added a 2.8-litre diesel engine to complement the 2.4-litre unit already offered. It produces 204hp and 500Nm of torque, taking the Hilux from 0-100kph in ten seconds flat – a full 3.2 seconds faster than the 2.4-litre version. The maximum torque is now accessible at a much lower 1600 rpm. The power output of the 2.4-litre diesel variant retains its current output of 150 PS and 400 Nm of torque though.  Apart from the output updates, Toyota also claims that it reduced the Hilux’s idling 850 rpm to 680 rpm to increase traction and better fuel efficiency.

The Hilux’s suspension and steering have been tweaked, primarily to improve on-road comfort. Toyota engineers have also upgraded the suspension mechanism by revising shock-absorber tuning, using new bushings and improved leaf-spring design. This also offers a comfortable ride over rough roads and with low loads without compromising on the off-road capabilities. However, there are also tweaks to boost its off-road prowess, including a lower engine idle speed, revised stability control and a new tyre angle monitor. The throttle pedal response has also been improved. 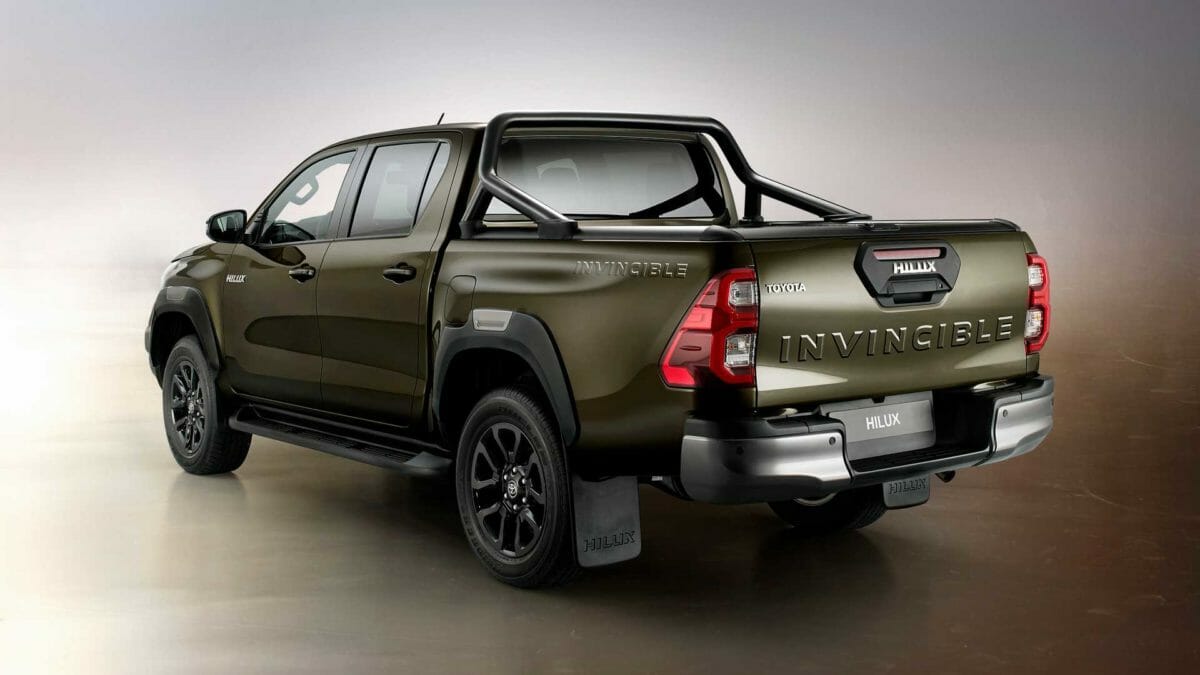 In 4×4 models with downhill-assist control, an additional traction control feature in the 2WD mode reroutes torque to assist grip in muddy or grassy conditions on worksites. The towing capacity for automatic 4×4 Hilux variants has been upgraded to a maximum of 3,500kg. The 4×2 diesel automatics offer a towing capacity of 2,800kg, which is an increase of up to 300kg.

The Toyota Hilux is highly unlikely to find its way to India since the Indian market is not very fond of pick-up trucks as passenger vehicles. In the past too, most of the popular pick-up trucks in India have been used solely for commercial purposes. The most prominent of those being the Tata Xenon later rechristened as Tata Yodha. The only aberration, in this case, being the Isuzu V-Cross, which has been the lone pick-up truck in India for personal uses.