For 2017, Royal Enfield Classic 350/500 motorcycles will receive new paint schemes. The new colours include Red, Blue and Green. It is to be noted from these spy images that the new colours will be restricted to just the fuel tank, while the rest of the bodywork, including the fenders, side panels and battery box will be swathed in a shade of black/dark grey. 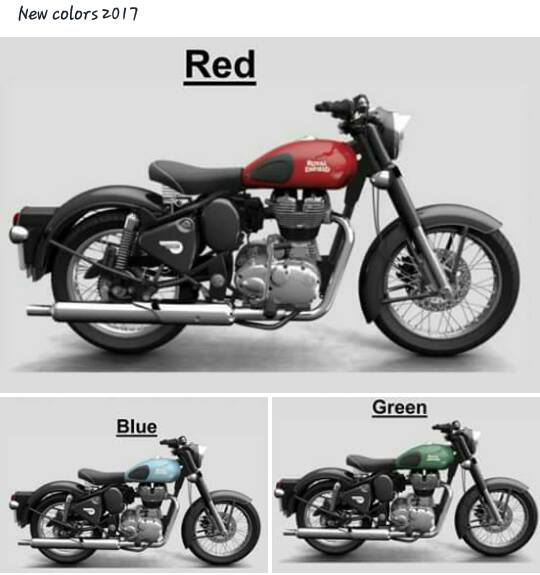 The updated models do away with any sort of stickers or graphics of any kind, thus allowing for a cleaner look. Also on the offing for the 2017 Royal Enfield Classic range will be a freshly trimmed seat with white piping. These new changes are aimed to keep the RE portfolio fresh and appealing to the customers. 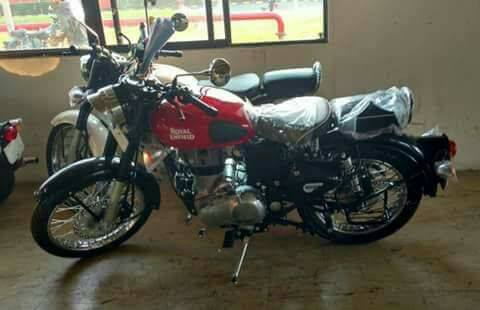 The Royal Enfield Bullet 350 also gets new GT Blue and GT Red colours picked from the Continental GT’s colour palette. Mechanically, the 2017 Royal Enfield Classic motorcycles are expected to remain unchanged. The updated Classic lineup will be launched by early 2017.