Sherco TVS Factory Rally team has secured top spots in the recently concluded 2017 OiLibya Rally of Morocco. All the four riders in the team have secured positions in top 15. Joan Pedrero and Adrien Metge stood 5th and 6th in the final rankings while Lorenzo Santorini and KP Aravind stood 10th and 15th respectively. This year, the 7-day OiLibya Rally of Morocco 2017 coursed through Moroccan regions such as Fez, Cape to the West and Erfoud, facing multiple troubling weather in stage 4 resulting in difficult ride conditions.

The team members pushed their limits as the rally traversed through extreme weather and challenging riding conditions. The intensity of their efforts went up with each passing day of the rally raid and timings recorded at the end of each day are a testimony to the same. The success at 2017 OiLibya Rally of Morocco has boosted the morale of the Sherco TVS team as they prepare themselves to take on newer and tougher challenges in future. 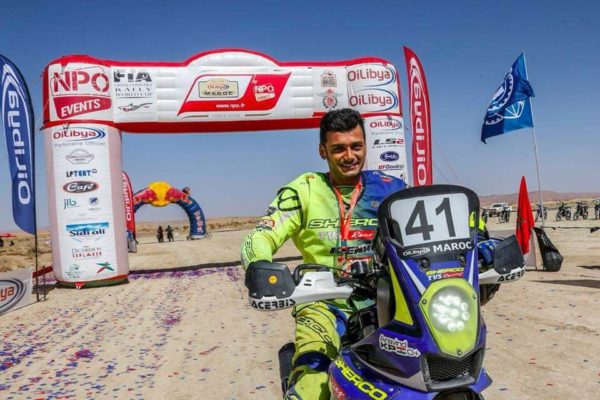 The team rode RTR 450 FX motorcycle which features a 450cc engine. The 450cc power plant produces around 60 hp. Major focus is given to achieve ultra-light weight and minimise friction. The team has developed an engine with improved torque on entire rev-range. Modified port cross section, redesigned cam shaft, increased compression ratio and re-tuned ECM have helped to give better performance. Engineers from TVS Racing worked alongside the team from Sherco to tune each motorcycle as per the requirement of the respective racer.