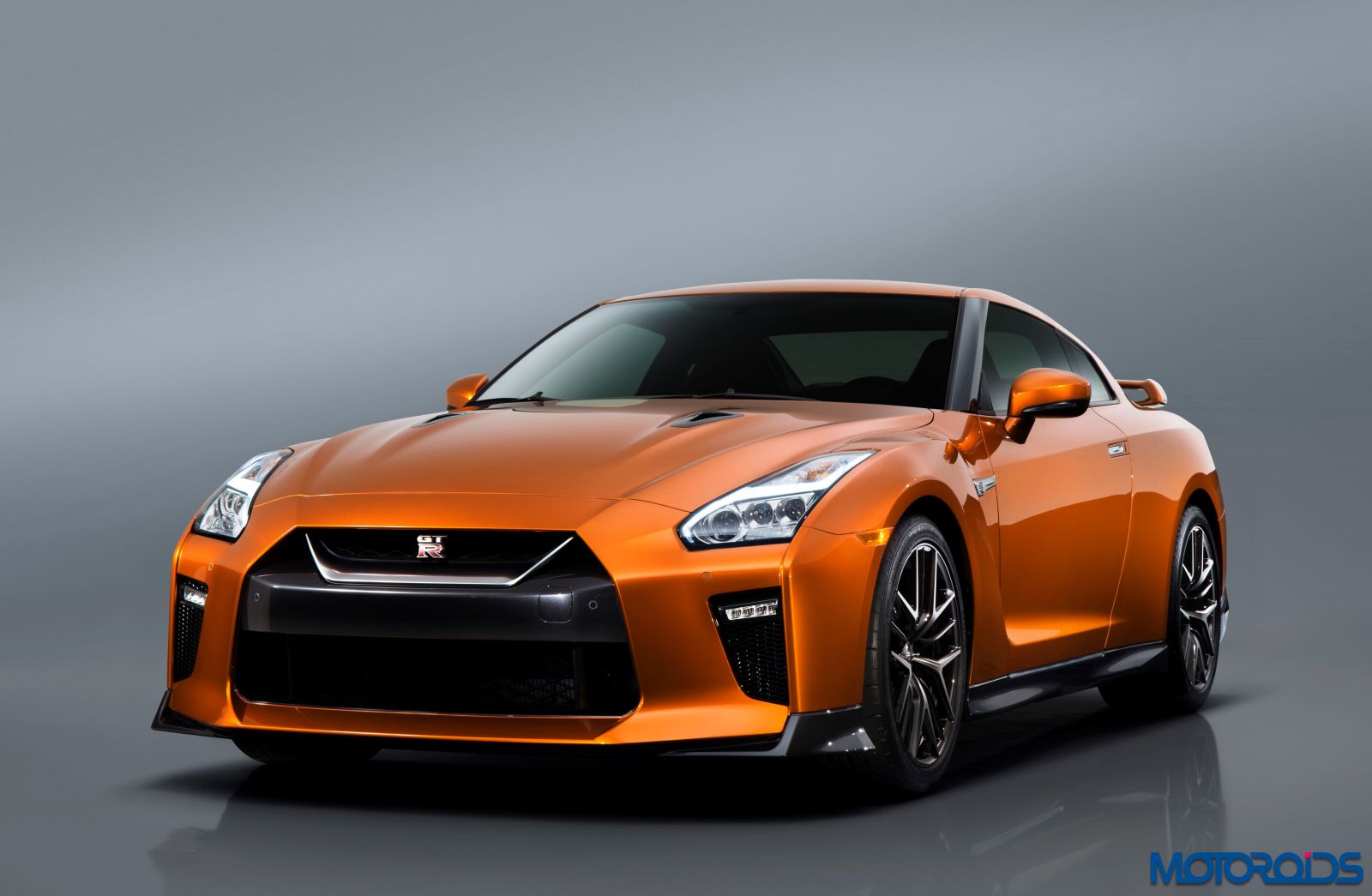 Nissan has unveiled the new Model Year 2017 GT-R at the New York International Auto Show with an updated look both inside and out along with driving-performance enhancements and new features. The new updates represent the most significant changes made to the model since it was introduced in 2007.

The new GT-R’s exterior gets a complete makeover across the front end. The new chrome matte finish “V-motion” grille represents one of Nissan’s latest design signatures and has been enlarged to provide better engine cooling and features an updated mesh pattern. A new bonnet, which flows from the grille, has been reinforced, aimed to contribute to stability during high-speed driving. A front spoiler lip and front bumpers with finishers situated immediately below the headlights are designed to give the new GT-R a thoroughbred racecar look, while at the same time generating high levels of front downforce. 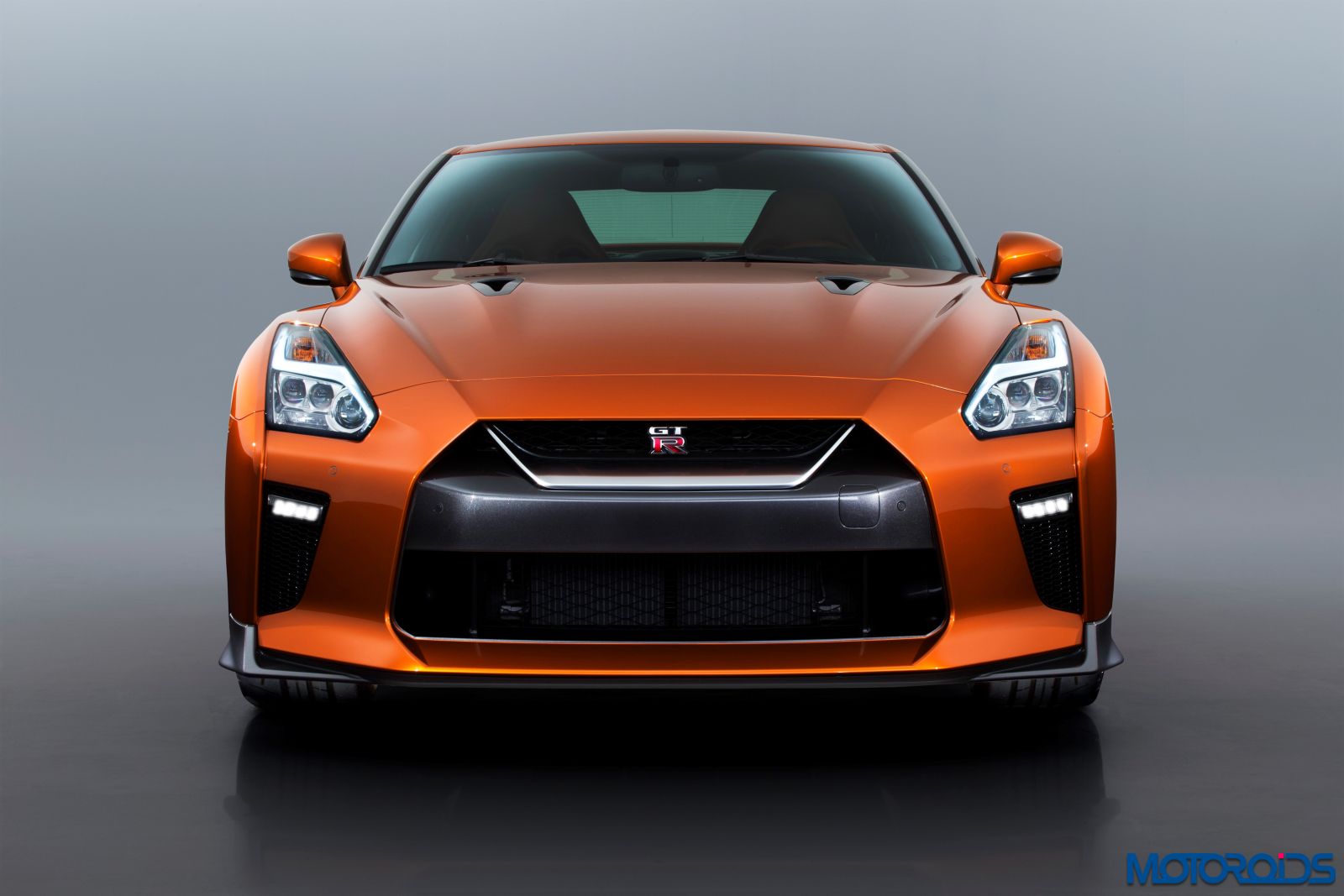 While the new GT-R retains its familiar wind-cutting shape, the side sills have been pushed out to improve air flow. The rear of the car also receives a thorough makeover while retaining the GT-R’s hallmark four-ring rear lights. A closer look brings to notice the new bodywork that has been designed to help improve air flow. Also, the belt line that separates the lower black section from the body panel has been heightened to give the car a wider and more aggressive look from the rear. Along with enhanced aesthetics, the exterior changes create an aerodynamically efficient vehicle, with less drag but retain the same amount of downforce as the current GT-R to keep the car stable at high speeds.

Interior dons a premium look. The entire dashboard and instrument panel are new and are covered with high-quality leather, stitched together with TAKUMI precision. The shape of the dashboard adopts a “horizontal flow” that has been designed to deliver a sense of increased stability for the car’s front-seat occupants. The line from the instrument cluster to the centre console provides a distinct driver-oriented environment for those behind the steering wheel. 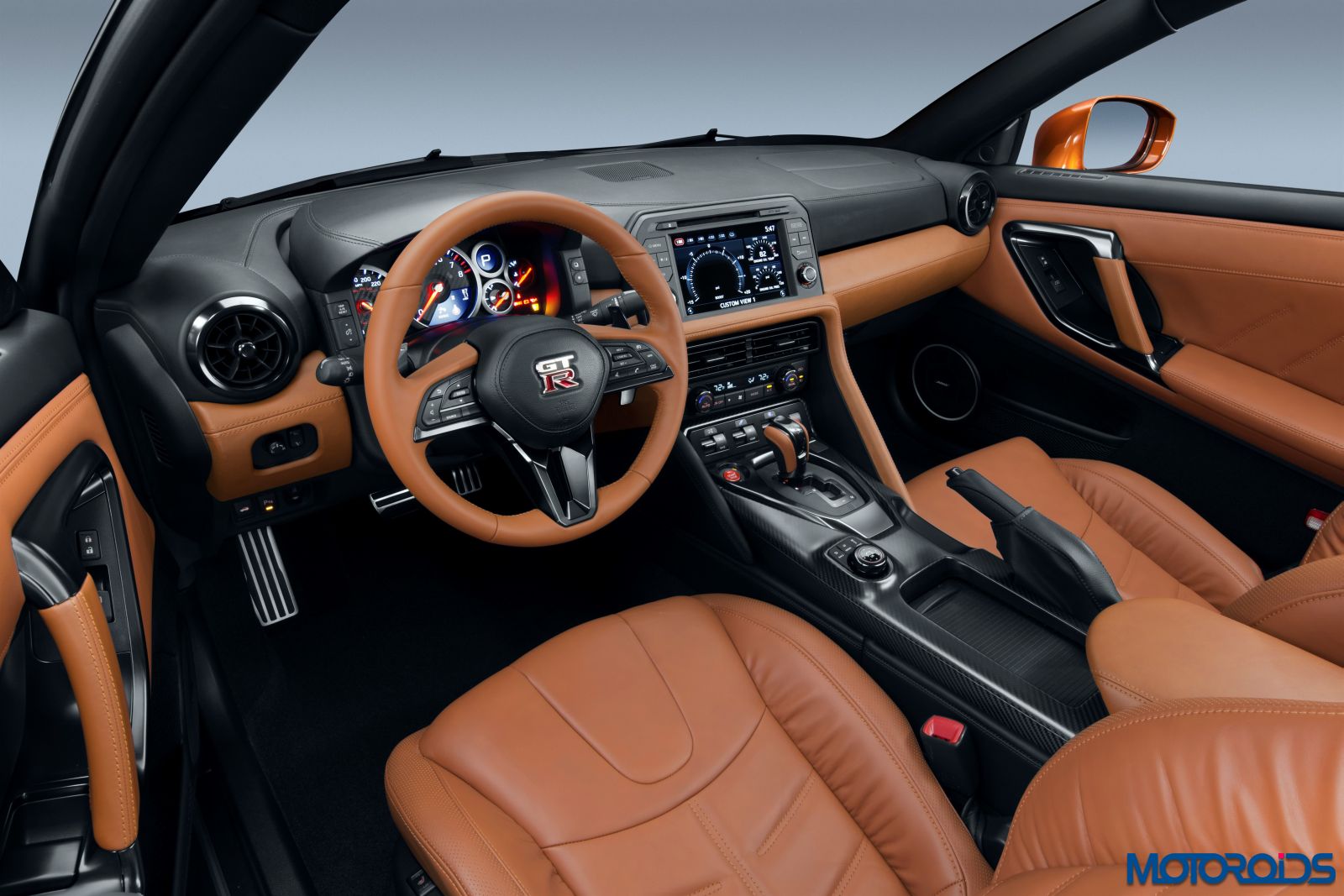 Integrated navigation and audio controls reduce the number of switches from 27 in the previous model to only 11 in the 2017 model. An enlarged 8-inch touchscreen monitor features large icons on the display screen to make it easy to operate. A new display command control on the carbon-fibre centre console allows easy operation.

The GT-R’s 3.8-litre 24-valve twin-turbocharged V6 engine – each handcrafted by its own TAKUMI technician – now delivers 570 PS of power at 6,800 rpm and 637Nm of torque. The improved output is a result of individual ignition-timing control of the cylinders. The extra boost from the turbochargers are claimed to give acceleration in the mid- to high-ranges (3,200 rpm and above). It comes mated to a 6-speed dual-clutch transmission with paddle shifts now mounted to the new steering wheel, allowing drivers to change gears in mid-turn without having to take their hands off the wheel. That familiar GT-R exhaust tone also has been upgraded. The resonance of the new titanium exhaust and Active Sound Enhancement (ASE) enhance the driving experience. 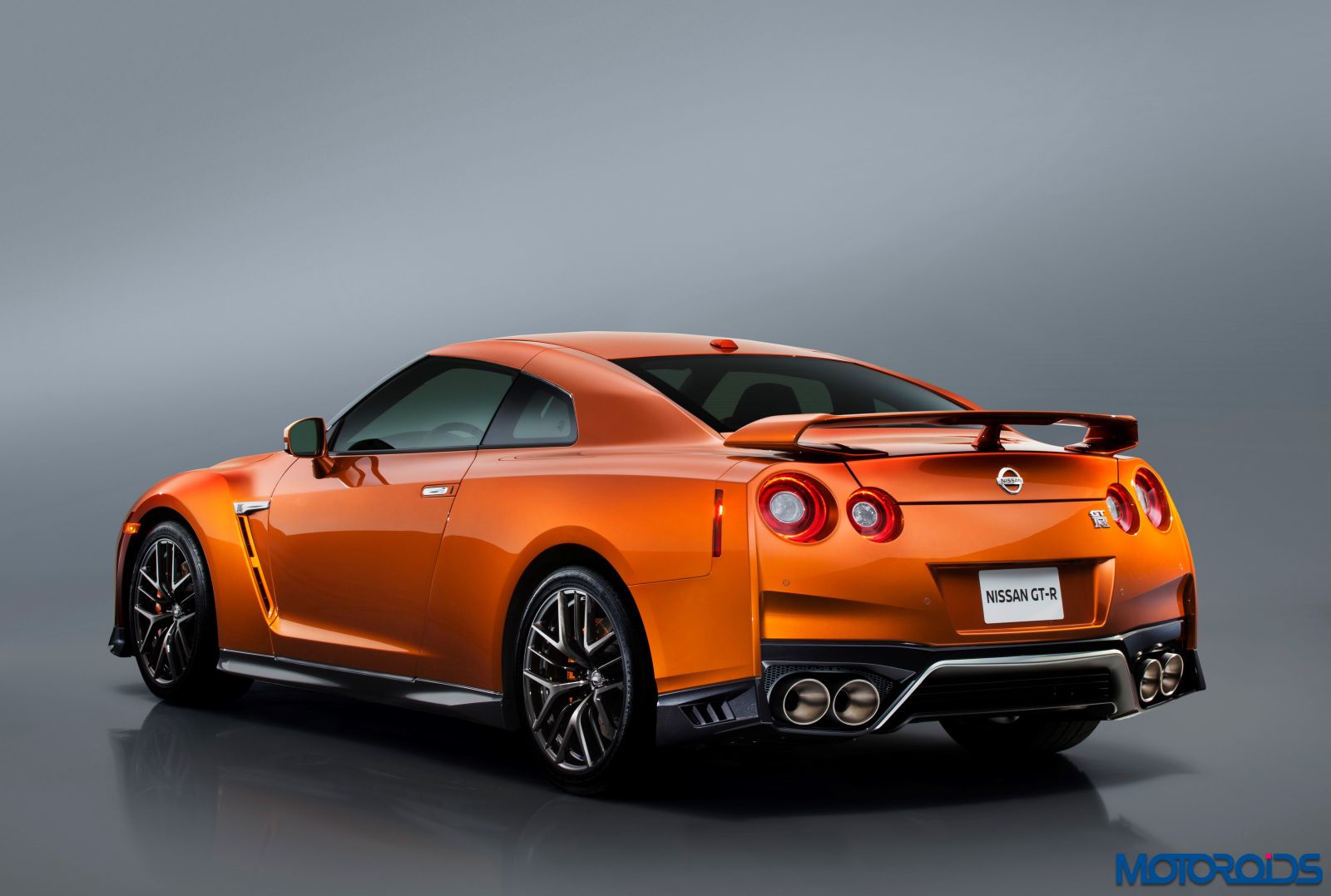 The 2017 GT-R is also claimed to be the most comfortable model to date. The new GT-R exhibits a smoother ride quality than the outgoing model, and its cabin remains much quieter at all speeds helped by new sound absorption materials. 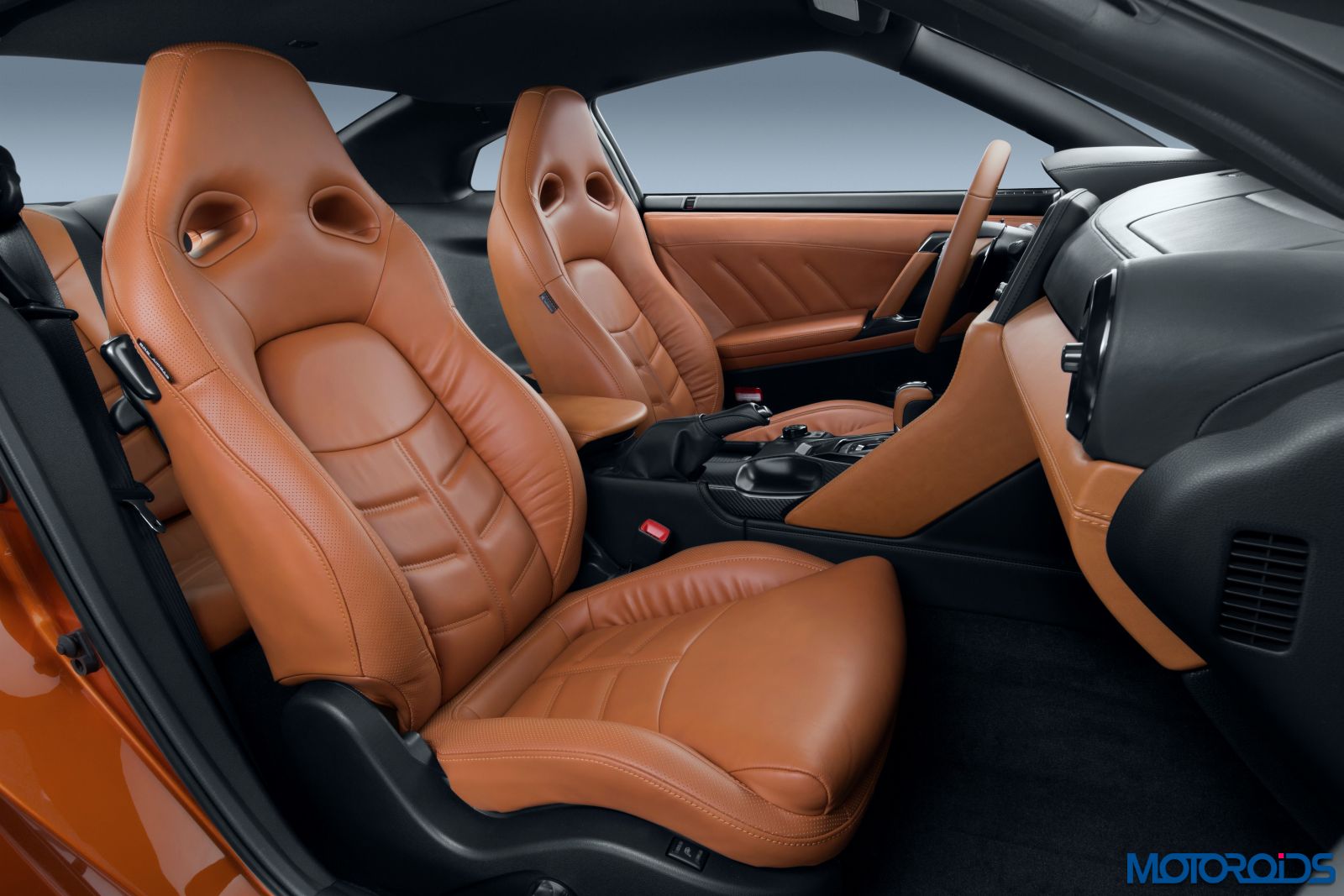 The 2017 GT-R also gets fresh colours on the inside and out. A “Katsura Orange” with multi layered painting has been added to the exterior paint palate, while the interior of the Prestige Edition offers customers four different options: the newly added Tan, as well as Red, Ivory and all over Black. The popular Recaro Edition will also still be available on the MY17 GT-R. The MY17 Nissan GT-R will be available this autumn.

Check out the new 2017 Nissan GT-R in detail through the image gallery below: