The 2017 Mercedes-Benz GLA face-lift has been teased ahead of its global debut on 9 January at the 2017 North American International Auto Show in Detroit. The teaser, shared on Mercedes-Benz’s social channels, gives a peek into the aesthetic updates on the premium compact SUV that can be called subtle at best.

Inside, the 2017 Mercedes-Benz GLA is expected to sport updated trim/ upholstery options, a new COMAND infotainment system with Apple CarPlay and Android Auto smart phone integration compatibility, along with a 360-degree surround-view camera. 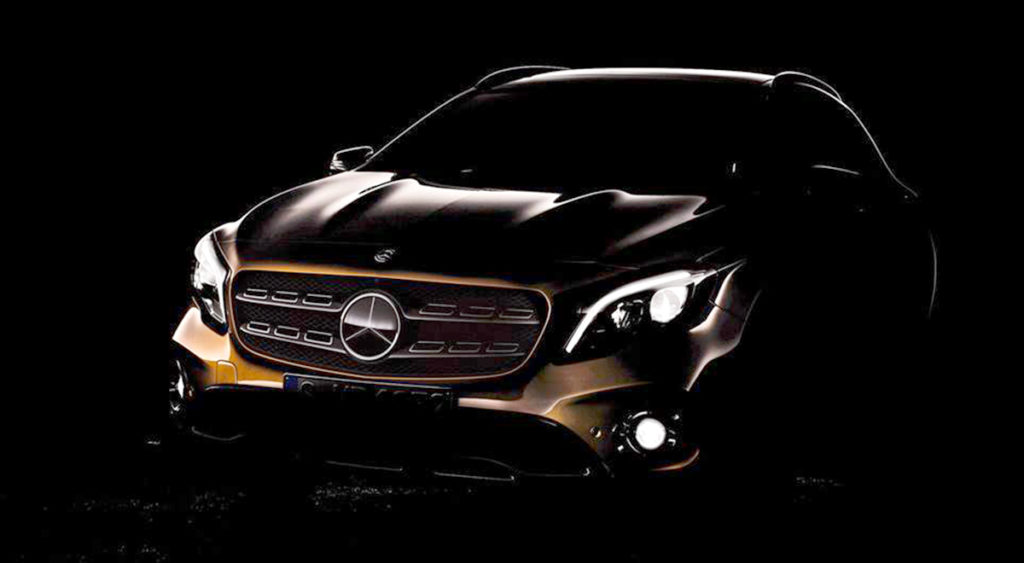 The new Mercedes-Benz GLA will continue to be powered by the current crop of 2.0-litre, four-cylinder, turbocharged petrol and diesel engines, but for 2017, they’ll be tuned for slightly higher outputs and better fuel efficiency.

Transmission choices should continue unchanged, and include a 6-speed manual and a 7-speed dual clutch automatic; with power being sent to the front wheels or all four wheels via the optional 4MATIC all-wheel-drive system. The 2017 Mercedes-Benz GLA will be available in India shortly after its global debut. Stay tuned!