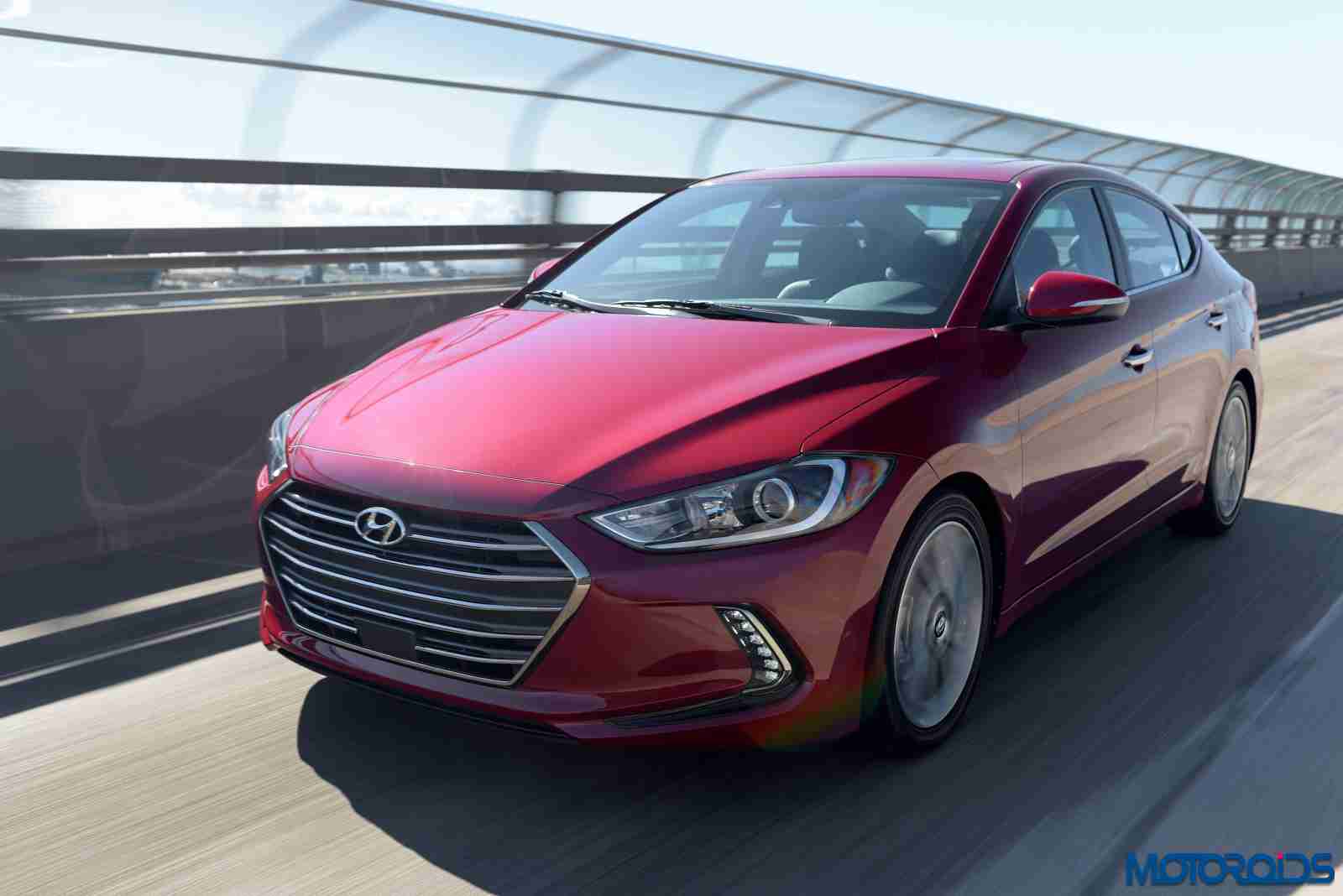 Barely a day after we had reported that Hyundai India had revealed the launch details for the 2017 Elantra, one unit of this upcoming model has been spotted undisguised on public roads in Chennai. The model, sporting a shade of blue as seen in earlier spy images, is scheduled for a launch that will be held on 24th August in Mumbai. The sixth generation Elantra was unveiled in 2015 at Hyundai’s Global R&D center in Namyang, South Korea where it is known as the Avante. 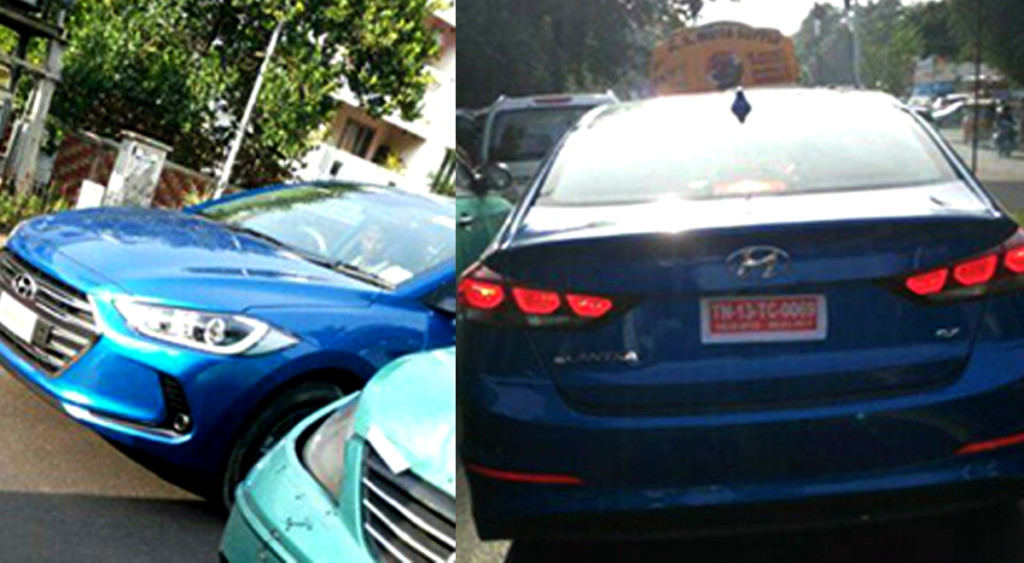 A quick recap of the new Elantra is in order. Based on an all-new platform, the sixth-gen Elantra is both wider and longer than its predecessor, and thus boasts of increased interior space. The new body structure also benefits from a stronger construction, while the fresh styling is a more matured take on the brand’s Fludic Sculpture design philosophy. On the outside, the new Elantra features projector headlamps with HID bending lights, mirror integrated LED turn indicators, LED door handle lights, 17-inch alloy wheels and LED tail lights. The conservatively styled interiors come equipped with an all-black theme, a 4.2 inch TFT LCD display for the instrument cluster, a large touchscreen infotainment system, integrated memory settings for the driver’s seat, a premium Harman audio system with eight speakers. and automatic climate control. 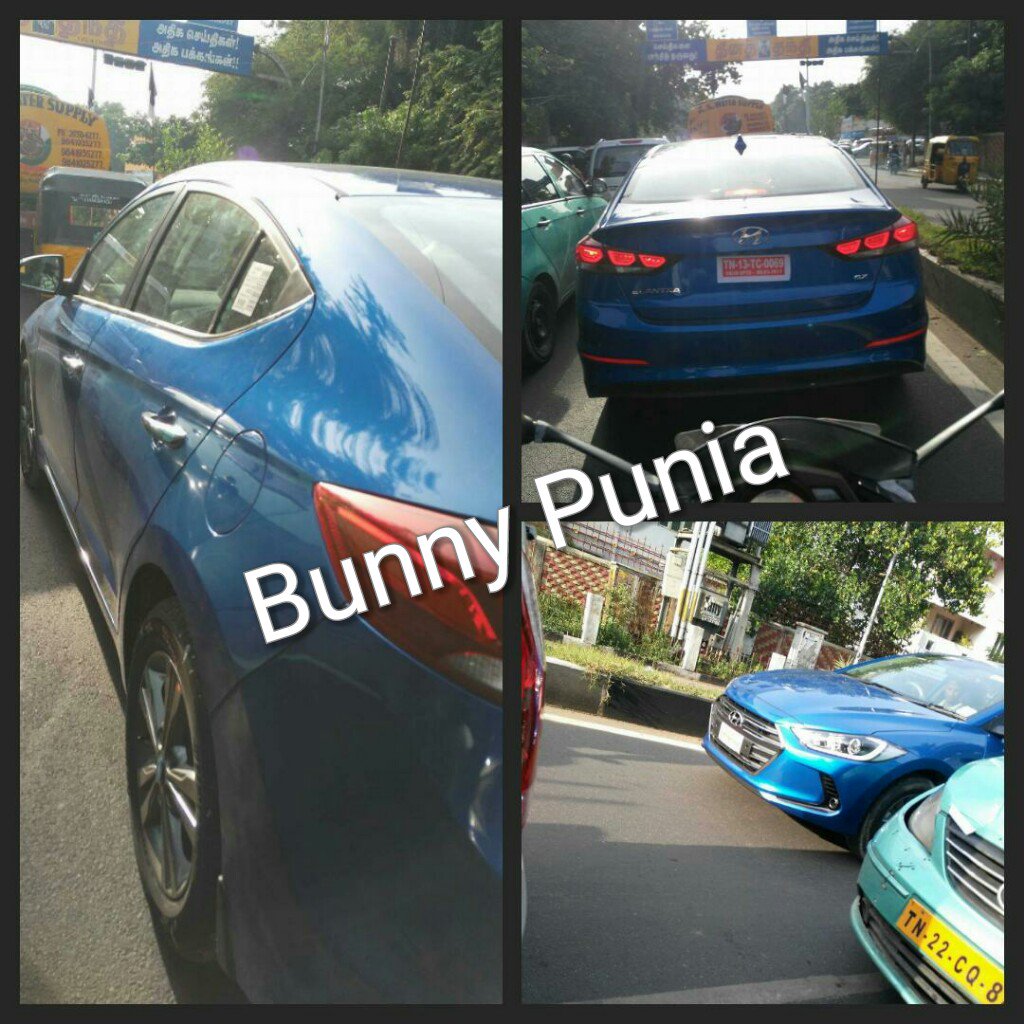 Propelling the model internationally are three engines – a 1.6 VGT and a 1.5 GDi diesel engines as well as a 2.0 Atkinson petrol motor. Transmission duties on these engines are performed by a six speed manual transmission and a six speed automatic transmission. The 1.6 VGT diesel engine is the only motor to benefit from a seven speed DCT gearbox. Hyundai has not revealed the engine specifications for the India bound model as yet.

The 2017 Elantra receives a number of safety features such as a tyre pressure monitoring system, rear view camera, lane change assist, lane keep assist, blind spot detection, ABS, EPS and seven airbags. Once launched, the upcoming generation Elantra will take on the likes of the Toyota Corolla Altis, Skoda Octavia and the Volkswagen Jetta. Expect the model to arrive with a price tag in excess of a few lakhs as compared to the outgoing model.

Following is an image gallery for the upcoming 2017 Hyundai Elantra: