At the ongoing 2017 Gaikindo Indonesia International Auto Show (GIIAS), Datsun has showcased a new concept car based on the Go hatchback, known as the Go Live. The model has been designed specifically for young Indonesians who see customizing vehicles as a way of life. 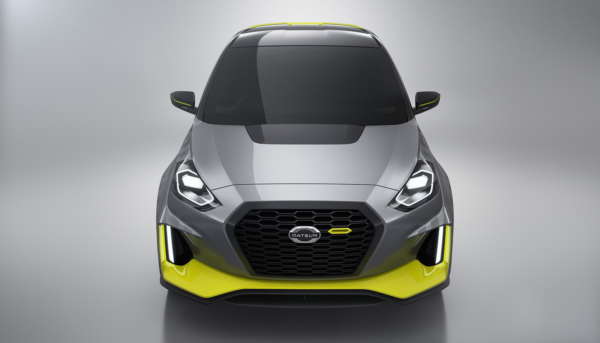 Finished a shade of silver with grey coloured livery across the body, the Datsun Go Live Concept features a blacked out roof, blacked out A and B pillars as well as neon Yellow accents on various panels. Up-front, the concept features a black hexagonal shaped grille flanked by ‘canted’ headlights on either side. Also on offer are vertically stacked LED DRLs mounted on the bumper.

On either side, the Datsun Go Live Concept comes equipped with side skirts, 17 inch alloy wheels and a flared wheel arches that are likely to result in an increase of the width of the vehicle. At the rear, the model receives smoked tail lamps and a large roof mounted spoiler. The yellow accents can be seen on various parts such as the redesigned front and rear bumper, alloy wheels, side skirts, ORVMs and the spoiler. 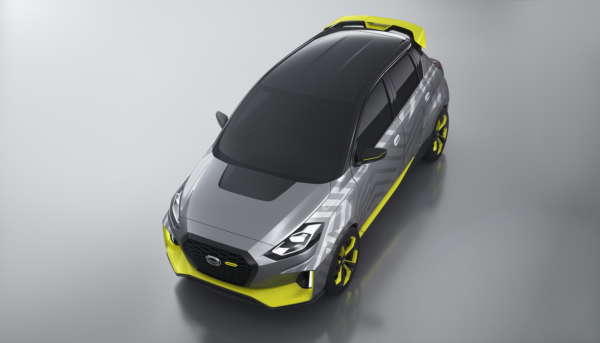 Datsun has not revealed any details regarding the interior or the engine specifications. The production version of the Go hatchback is powered by a 1.2-litre petrol engine that is tuned to produce 68 PS and 104 Nm of torque. This engine comes paired to a five speed manual transmission. 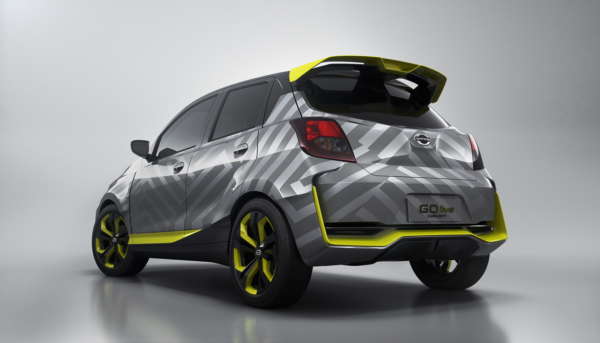 Kei Kyu, Executive Design Director, Datsun, said, “We didn’t want to just have a sporty execution of the design – like having it sit low to the ground and extra wide – because that’s so typical and predictable in today’s world. Instead, we wanted to show that this car makes a strong design statement to our customers, who express themselves through their vehicles and help them celebrate their passions.”