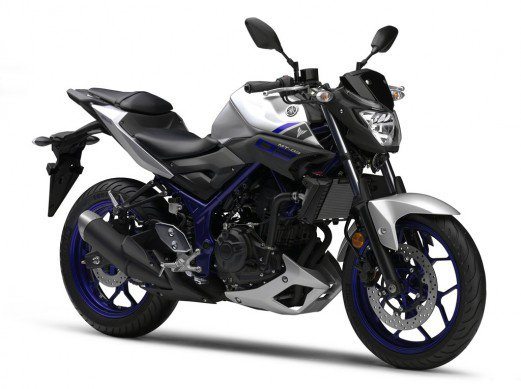 The recently unveiled Yamaha MT-25 will soon follow the the “YZF-R25 – YZF-R3” pattern as a slightly higher displacement model of the quarter-litre roadster, 321cc to be precise, has been confirmed by the Japanese two-wheeler major. The MT-03 will essentially be a cosmetically stripped down version of the new YZF-R3 and will stand apart from the YZF-R3 with the removal of the front fairing, a single-pod headlight versus the twin setup on the faired version, and a roadster motorcycle-style single-piece handlebar instead of a clip-on unit. 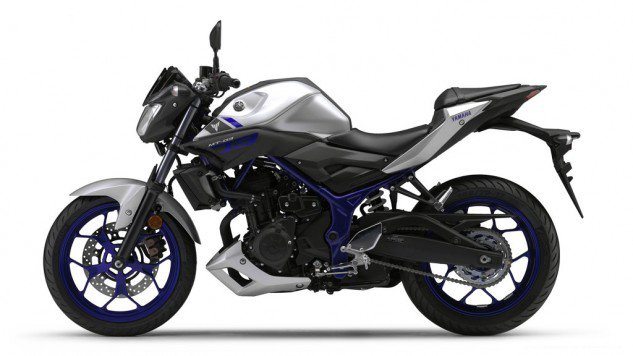 The main similarity between the two is the 321cc, 4-stroke liquid-cooled DOHC parallel-Twin that receives a similar state of tune. The MT-03 also draws 41.6 hp of power and 30Nm of torque from the 321cc motor and comes mated to a six-speed transmission. Rest of the technical specifications remain absolutely similar but the MT-03, with the absence of fairing and few other bits, tips the weighing scale at 165 kg, about four kilograms less than the YZF-R3 which should give the roaster a slight power-to-weight advantage over the faired version. 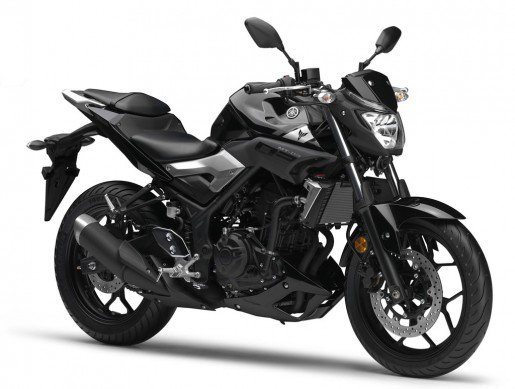 Yamaha has laid low in the Indian motorcycling market for a long time after the local norms banned the sales of two-stroke motorcycles. But after remaining dormant for a very long time, the Japanese two-wheeler maker shook the local market with the launch of the YZF-R15, FZ series and the Fazer. Following that, there wasn’t any particular product that helped Yamaha rise and shine among the competition till very recent times when the YZF-R3 made its way to the Indian market. We being the optimistic bunch of petrol heads expect the company to keep up the enthusiasm and launch more products in the performance motorcycles category. So while Yamaha has not confirmed the India launch of the MT-03, we expect to see this motorcycle in the sub-continent in the near future. When it does arrive in India, expect the MT-03 to undercut the YZF-R3 by about Rs 20,000-30,000.

Here are the technical specifications of the motorcycle: