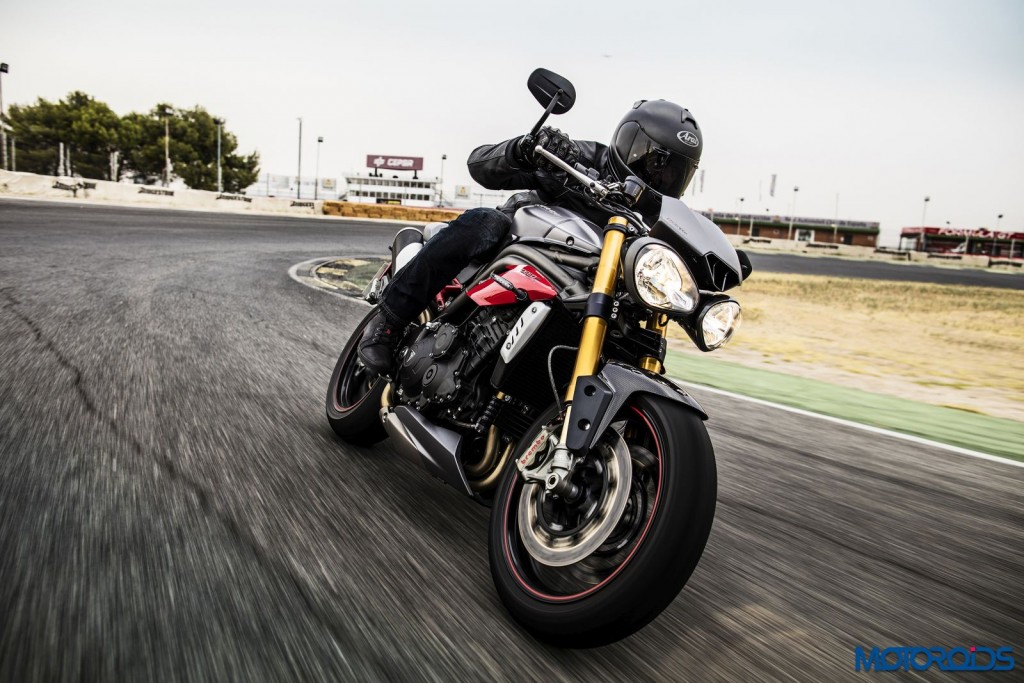 Agent Ethan Hunt may have switched his preference of motorcycles to BMW Motorrad but Triumph Motorcycles is not ready to let go of their favourite IMF point man. After a short stint in Mission Impossible 2, we never really saw Agent Hunt ride a motorcycle until the fifth instalment of the series where he was seen fighting the Syndicate on the mighty BMW S1000RR. But we feel that the new 2016 Triumph Speed Triple Series, especially the performance spec Speed Triple R, should grab his attention again. 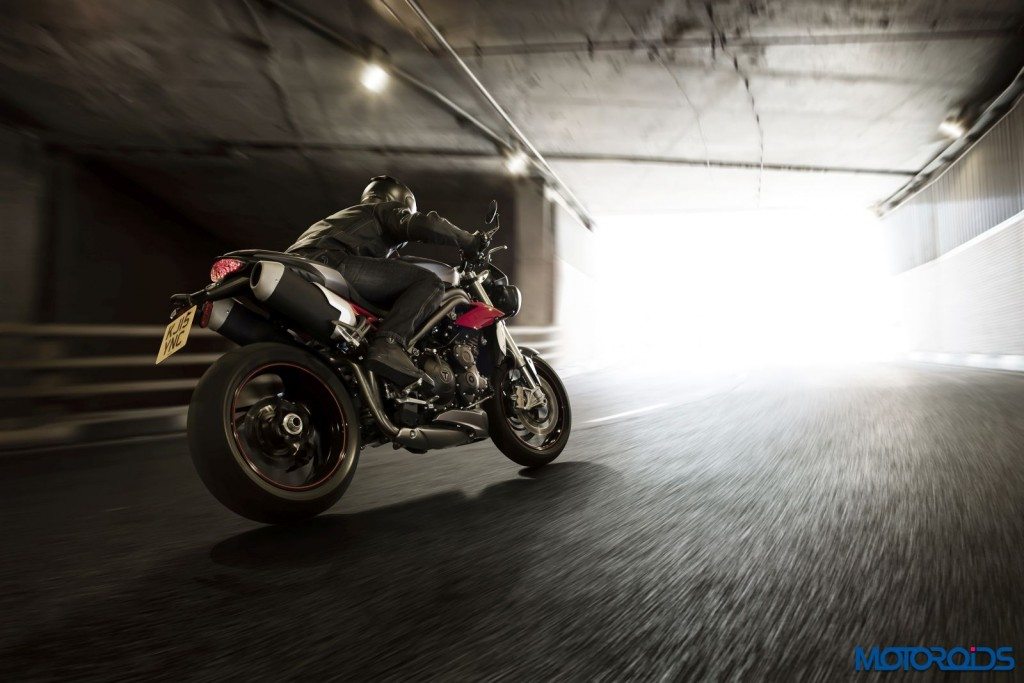 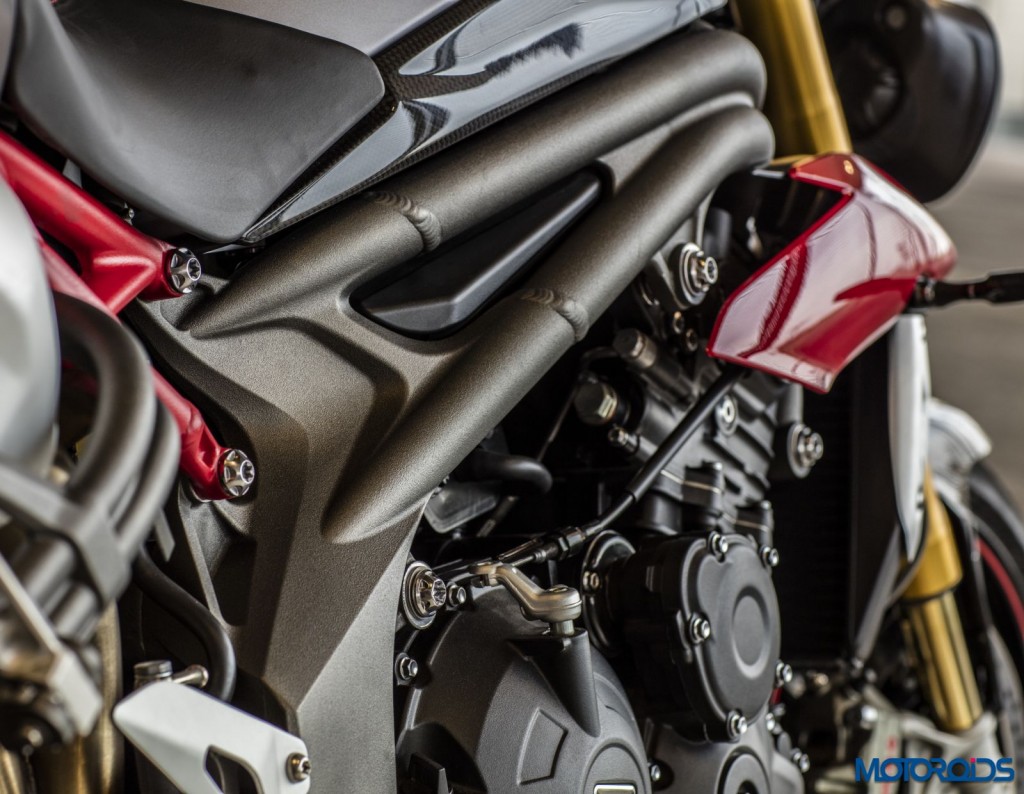 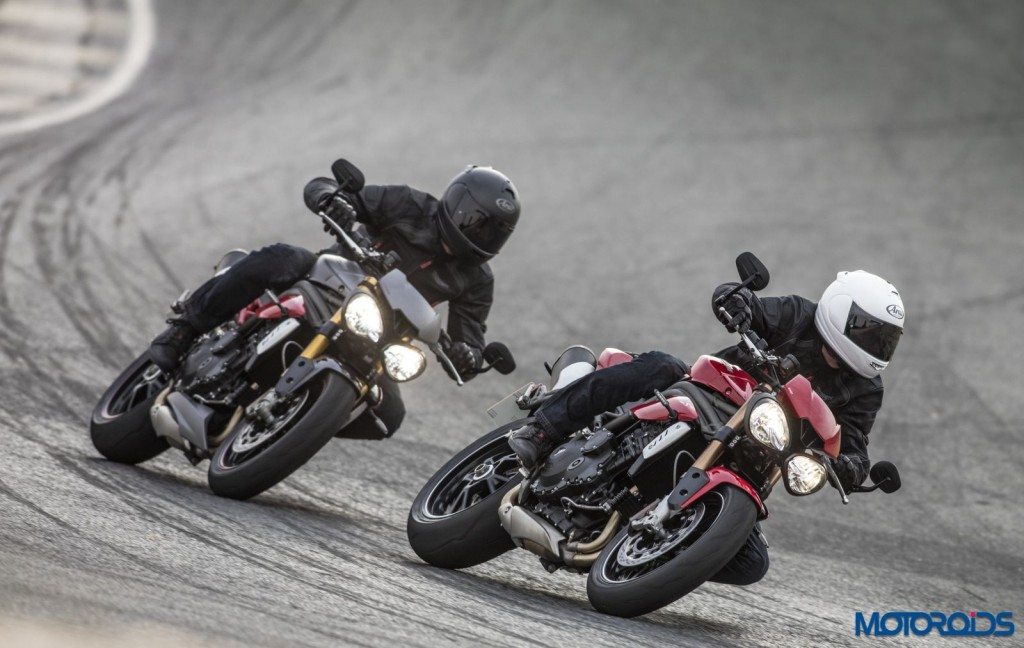 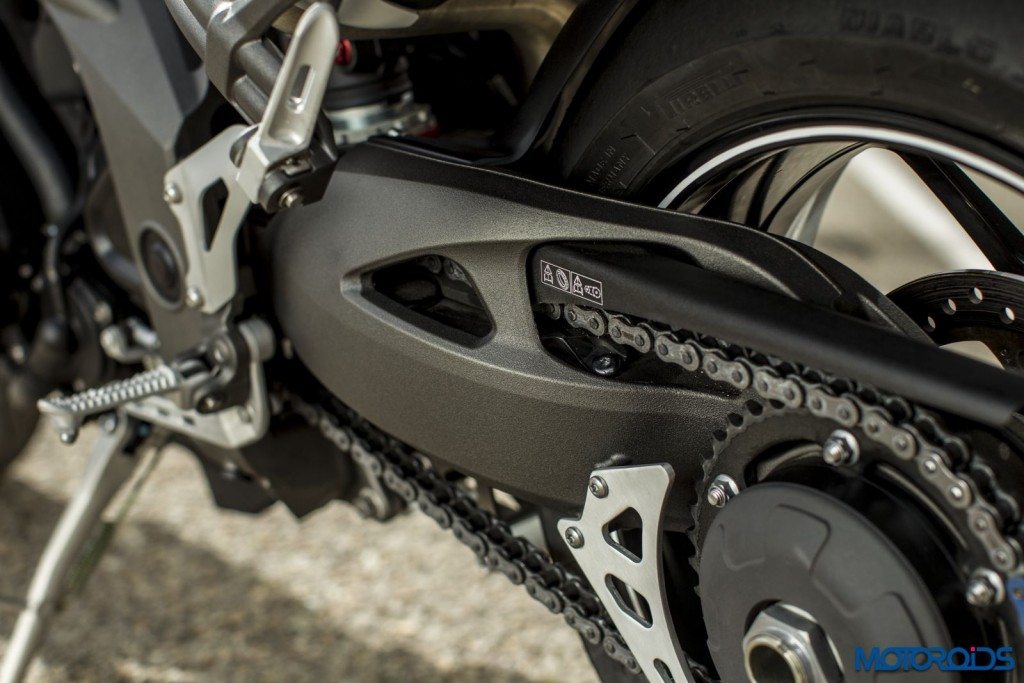 The single-sided swingarm is aimed to provide better handling stability, a touch of exclusivity and at the same time offering easy access to the rear wheel 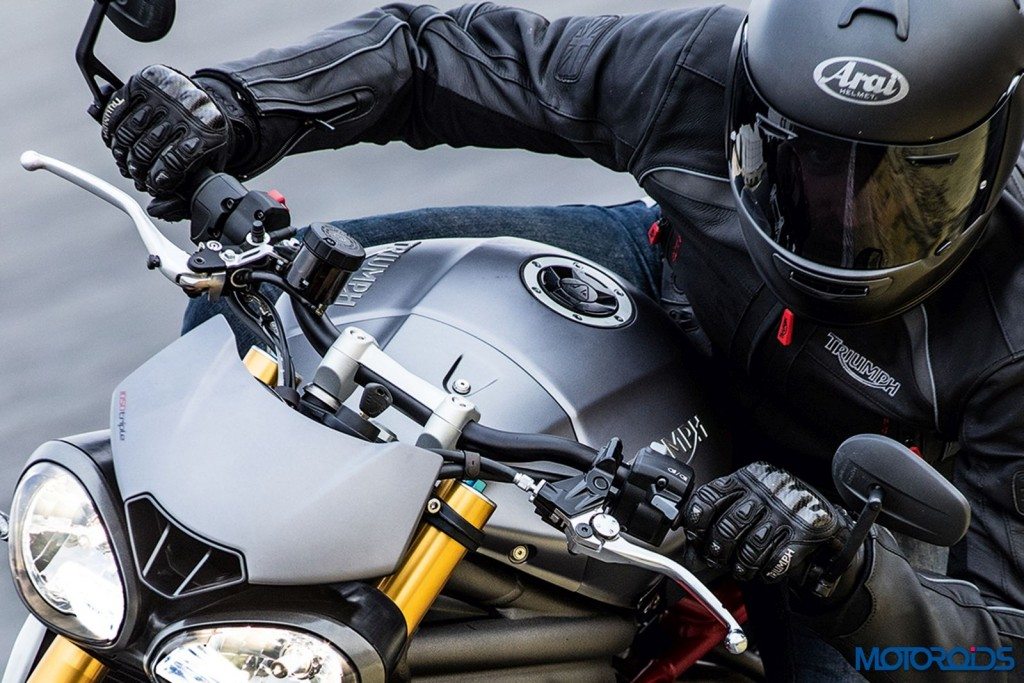 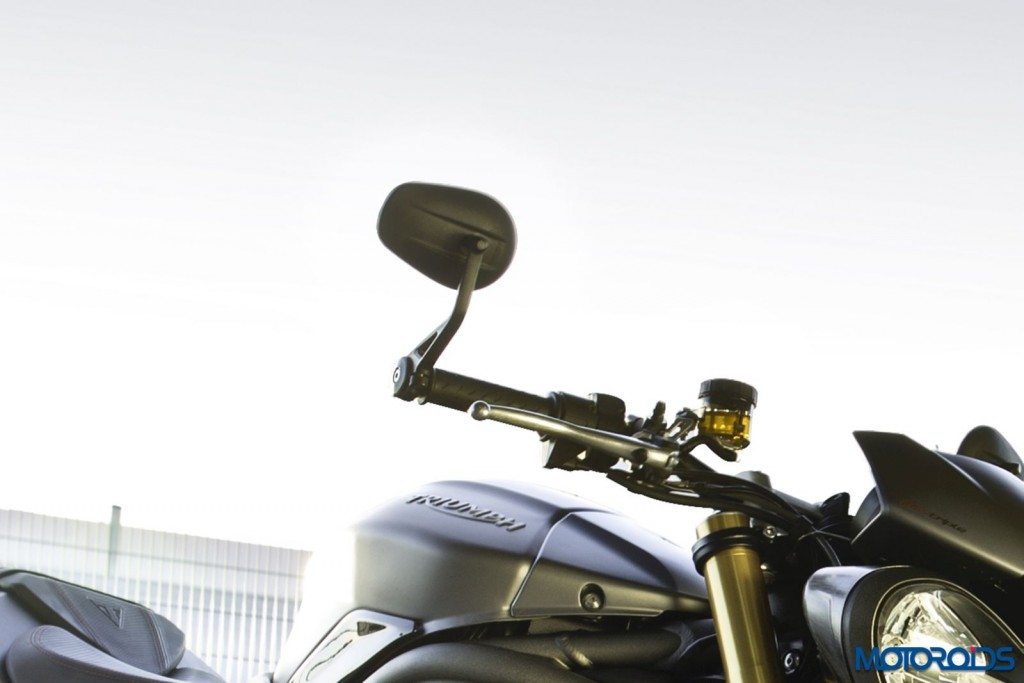 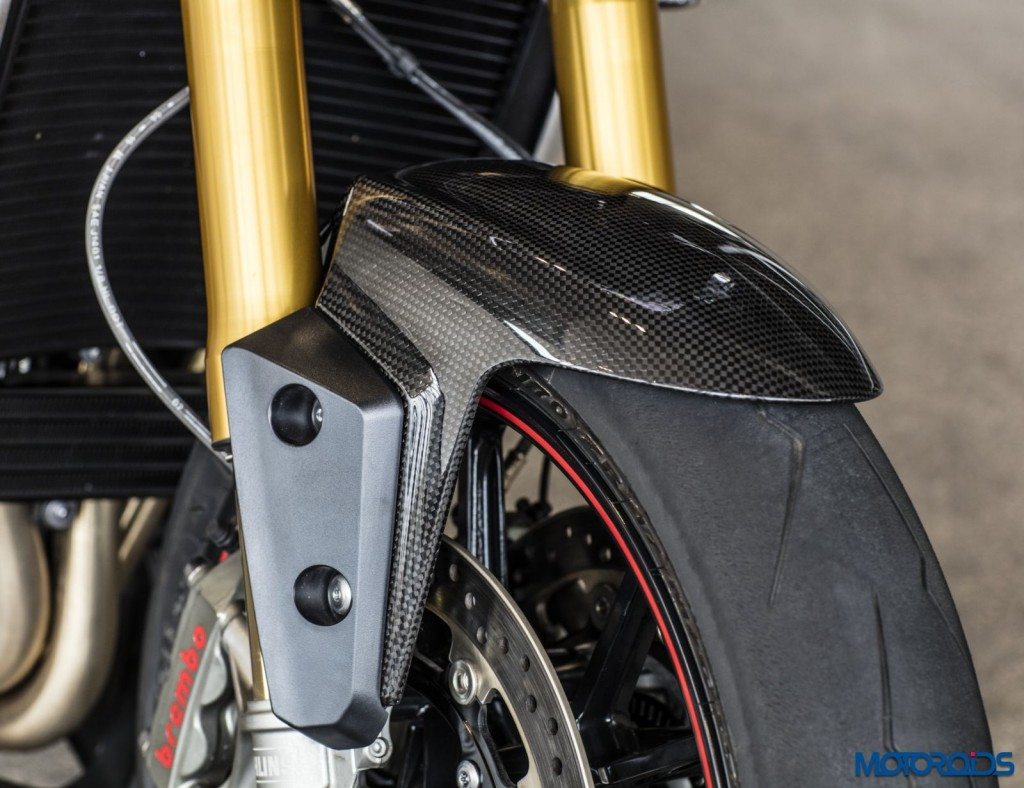 Carbon fibre front fender and a pair of carbon fibre tank infill panels are aimed to save weight… Naawt! To look exotic, honestly. 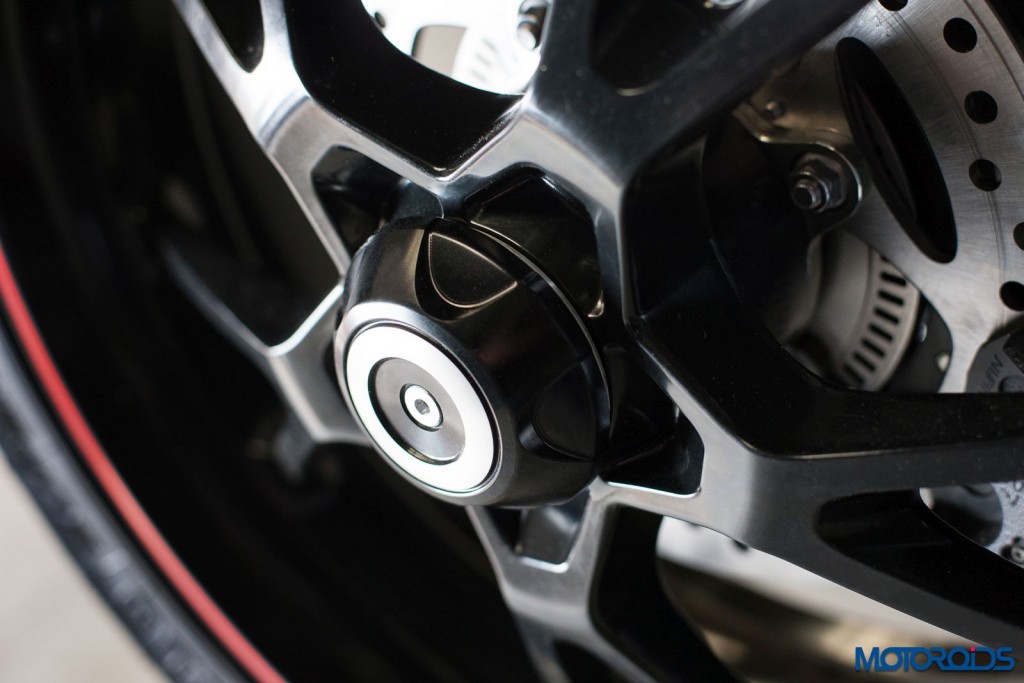 The rear wheel finisher is made from machined billet of aluminium 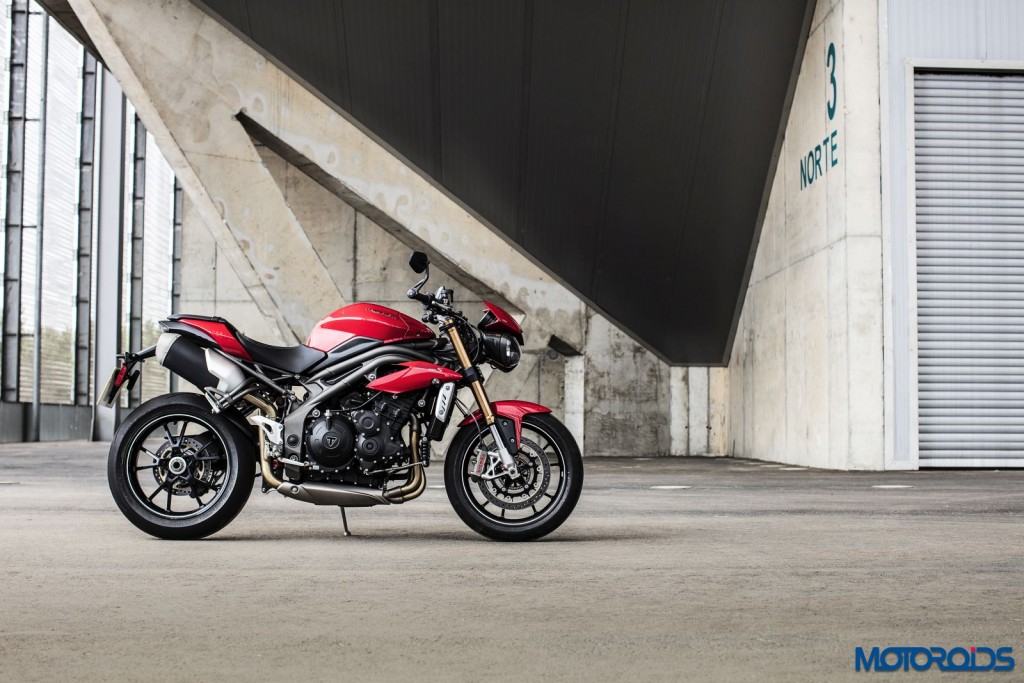 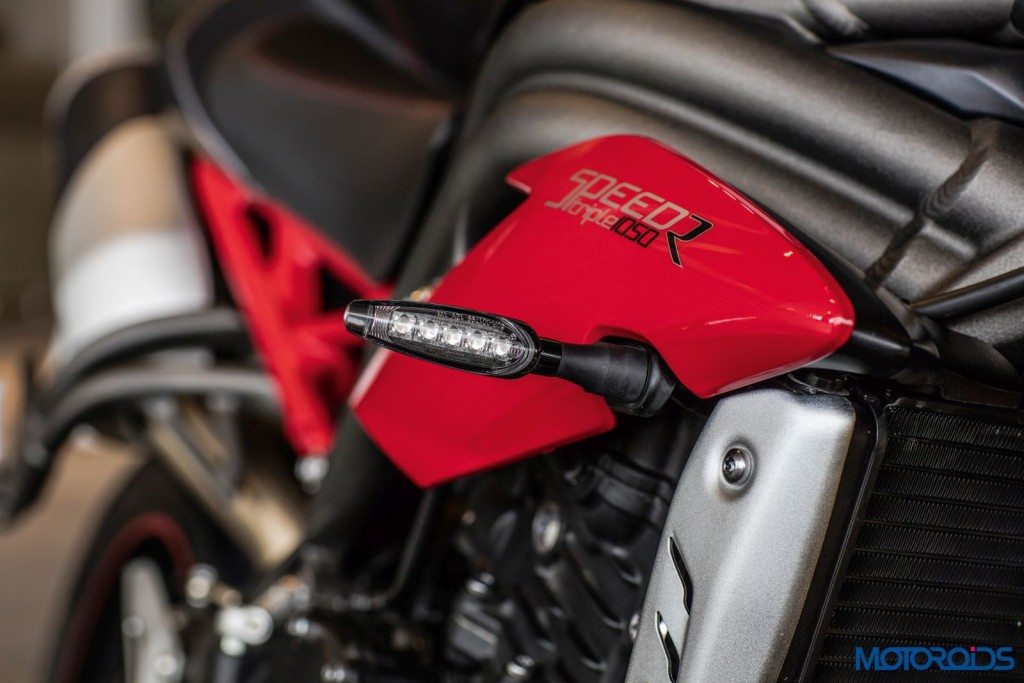 Mechanically, Triumph has re-tuned the 1050cc inline three-cylinder engine on the new Speed Triple series to deliver linear torque which should come handy for instant overtaking along with a claimed improvement in the top end performance. The new engine comes equipped with ride-by-wire technology that is further aimed to enhance throttle response. The new intake system, ports, combustion chambers and new exhaust system are all designed to increase gas flow efficiently, resulting in improved performance and without compromising on the fuel economy. The overall package is completed with the addition of as many as five selectable riding modes and variable traction control.

The five riding modes comprise of – Rain, Road, Sport, Track and a Rider-configurable settings. With each mode, the throttle response, ABS settings and traction control levels vary to match the riding style that the rider prefers. Rider mode allows further customisation and storage of a preferred combination of settings placed at the convenience of a touch. Feeling a little more adventurous? Pump up the adrenaline and completely disengage ABS and traction control to get the old-school, hairy-chested raw motorcycling experience. 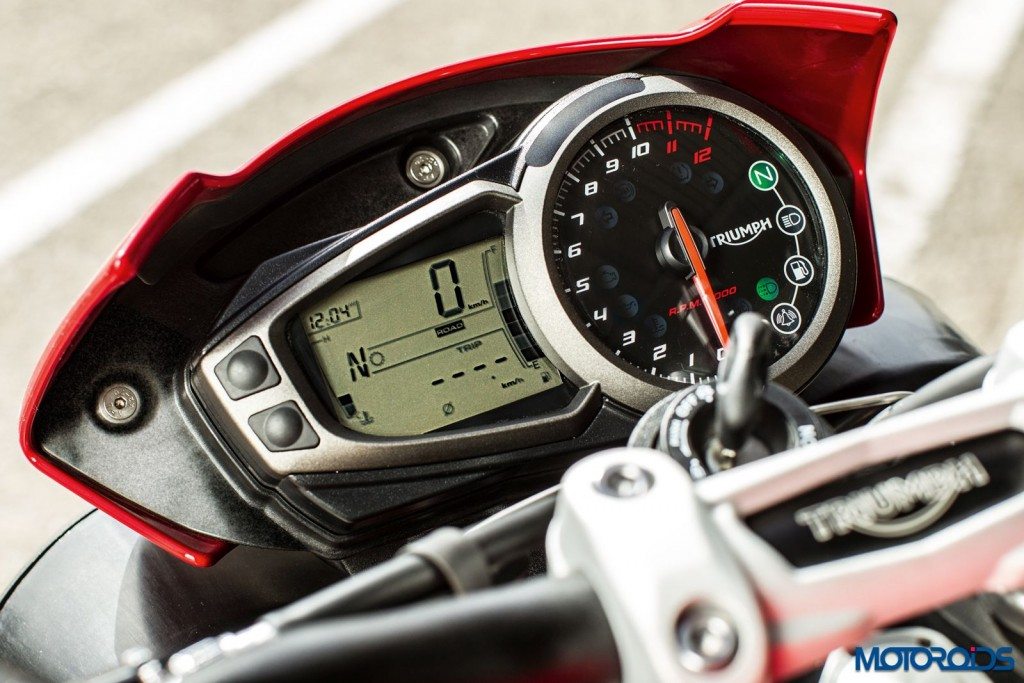 The new Speed series continues to use under seat exhaust styling which, along with adding to the aesthetics, is claimed to be lighter. Triumph says that the freer-flowing exhaust system on the Speed Triple incorporates new headers, and new silencers for more power and better efficiency. We would hold our thoughts at that front till we experience the motorcycle in person. 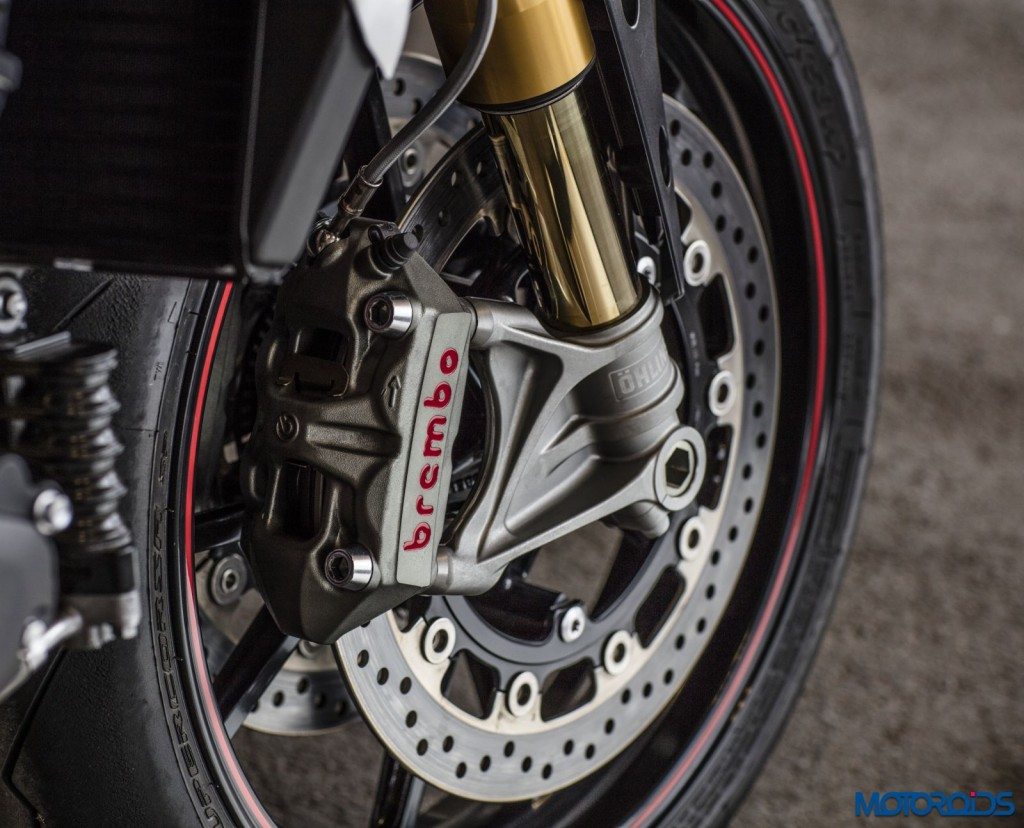 Suspension duties on the new Speed Triple S are performed by adjustable 43mm upside-down Showa forks and Showa monoshock rear suspension unit which can be adjusted for preload, compression and rebound damping. The Speed Triple R, on the other hand, uses 43mm Öhlins NIX30 upside down forks and Öhlins TTX36 twin tube rear monoshock – both fully adjustable for preload, compression and rebound damping.