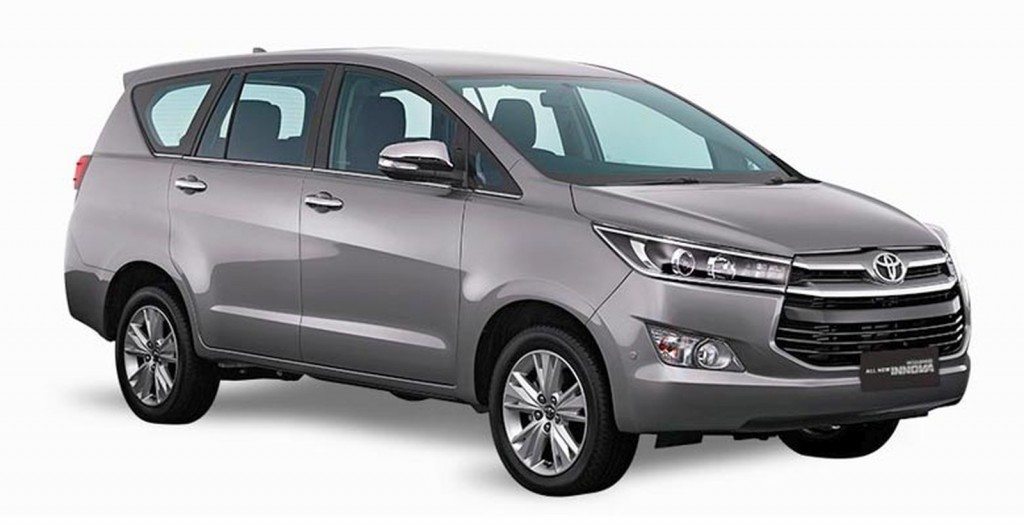 First of all, the new Innova has received a major design upgrade, however it cannot exactly be termed impressive. The powertrain manages to pull off some impressive numbers on paper, but it is about time to see if it can deliver the right blend between performance and economy. The Innova Kijang will be out in three variants, the top-of-the-line Q variant followed by V and G trims. All three Innova variants will be offered in petrol MT/AT and diesel MT/AT configurations. 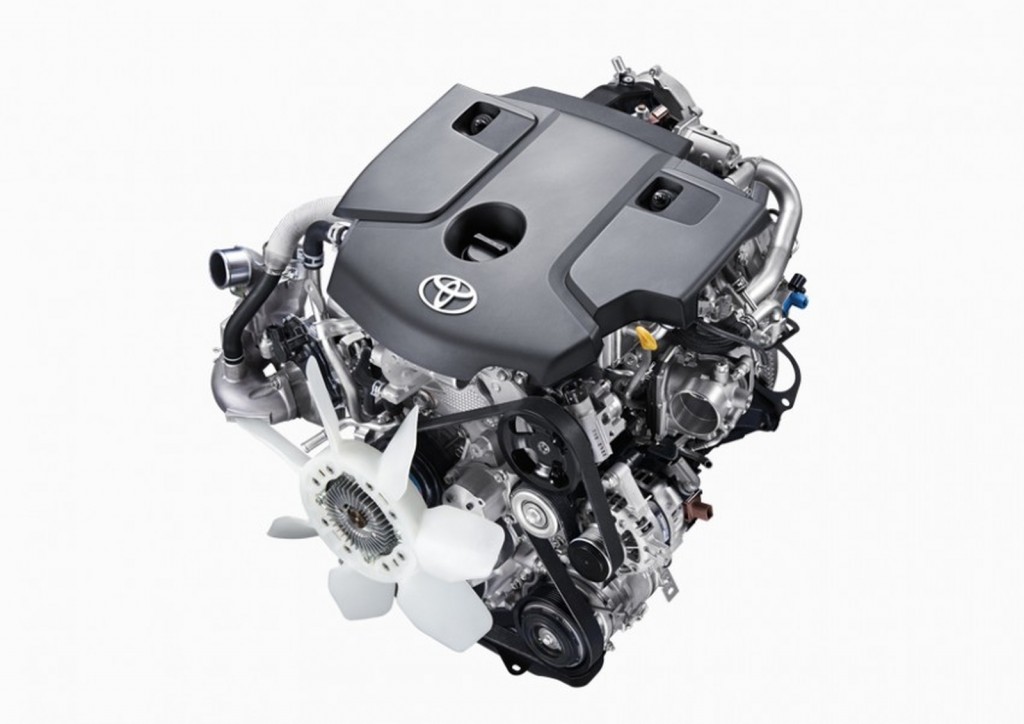 The new Innova will feature an all-new GD turbo-diesel engine. Dubbed as the new ‘SuperGD Engine’ with VNTurbo intercooler, the diesel power house is expected to be powerful, efficient and extra quiet. The 2.4 litre four-cylinder 2GD-FTV turbo diesel engine dishes out 149 PS at 3400 rpm with a max torque of an impressive 359 Nm of torque from 1,200 to 2600 rpm. This output is substantially superior to the one of current gen Innova, which gives 101ps at 3600rpm with a max torque of 200nm at 1200rpm using a tad larger 2.5litre engine. 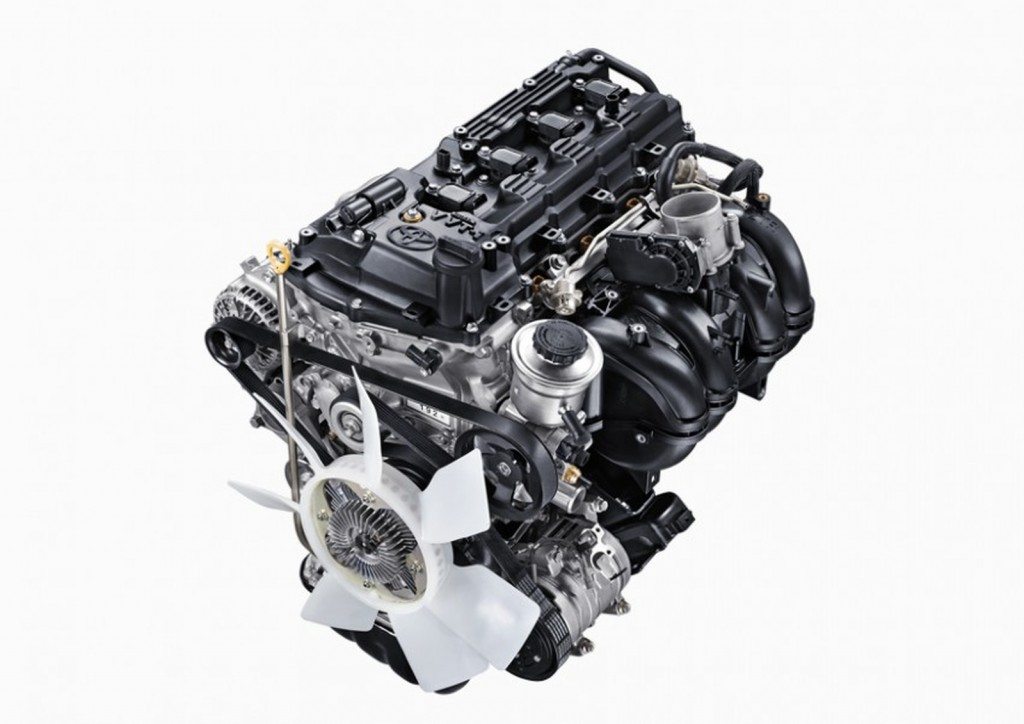 On the design front the New Innova has gained weight and dimensions. It is taller, longer and wider than its forerunner. The new Innova now stands with a sharper look, indeed a major upgrade but still fails to impress, as the design doesn’t appear coherent enough. With a few bits from the other Toyotas the design seems to be a misfit for this MPV – echoing a rather slipshod blend of SUV-ish butch with subtle MPV lines.

The front looks nothing like the previous Innova – a prominent front grille with two thick chrome accents run across it. The grille links up to the new LED projector headlights with LED DRLs, which are reserved for the top of the line Q Trim whereas the the G and V get reflector halogens. At the rear, larger taillight sections now spreads towards the centre of the liftgate. The Q variant gets the Smart Close Back Door, which gets a motor for auto shut function. The taillight cluster also extends down the edges. The curve design accents from the front of the MPV ends with an odd geometrical layout. Specifically the D pillars make a unusual triangle into the glass house. 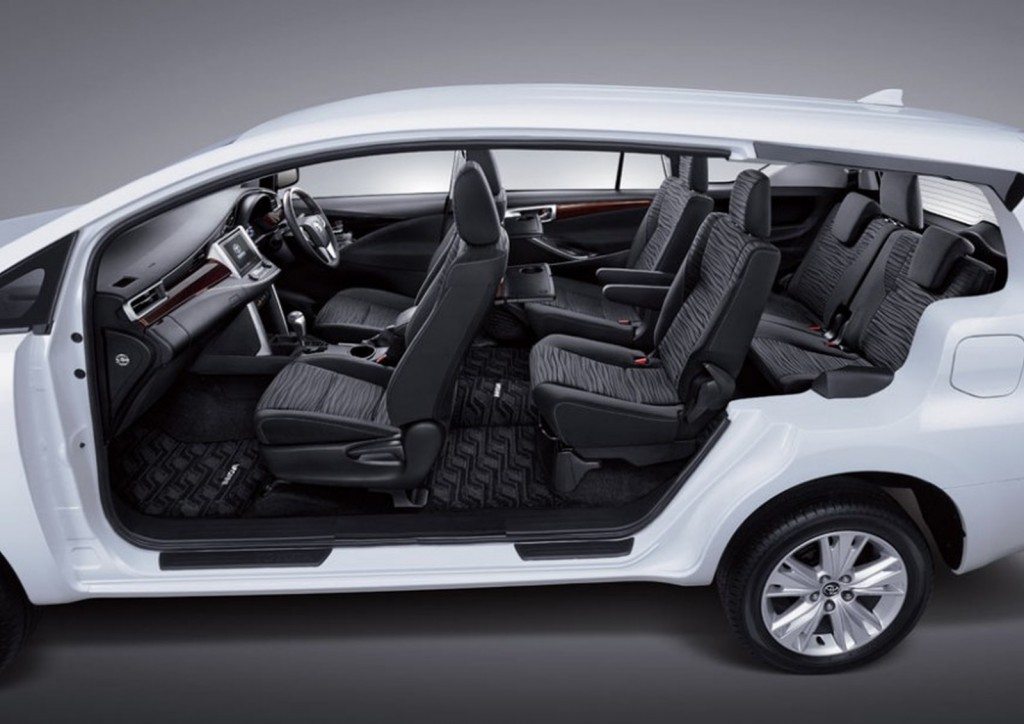 Though the cosmetics on the outside don’t do a great job, the substantial interior changes should get our thumbs up. The Innova is known for its comfortable seating for occupants. The Q type variant now houses two captain seats instead of the second-row bench seating. Upholstered in fabric with a grey zebra-like pattern, the captain seats have their own cabin trays. The Q and V types also get the cabin illumination lights. Up front, the dashboard is completely overhauled for a more contemporary look. 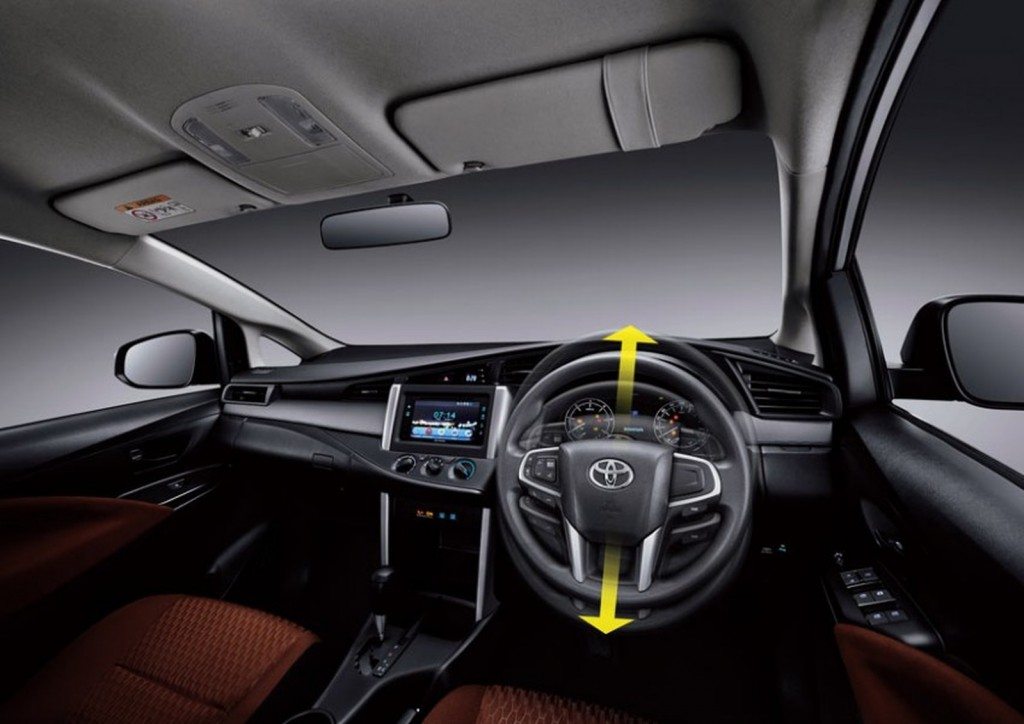 The driver benefits from a new three-spoke steering wheel with on-wheel controls, plus a new instrument cluster with a TFT colour multi-info display (V and Q Type). The Q Type gets an eight-inch touchscreen entertainment system with an impressive array of inputs including Miracast and HDMI. The driver can also alternate between Eco, Normal, and Power modes via buttons located below the air-con controls. The Q and V variants come equipped with great features leaving out the G for a simplistic profile. 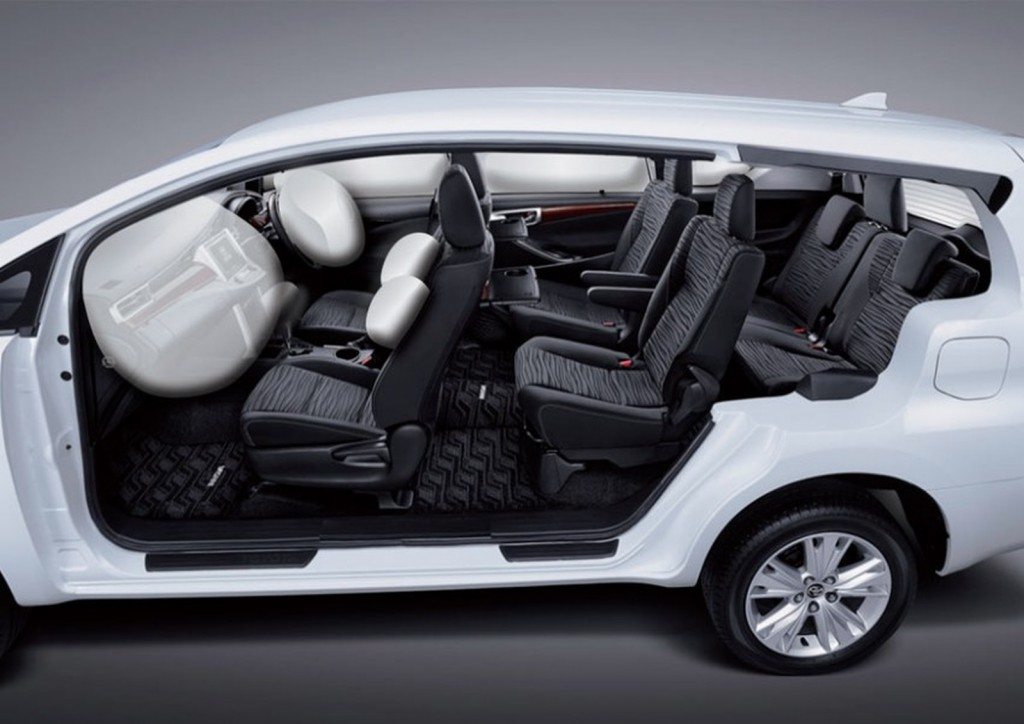 Safety-wise, the new Innova gets dual front and knee airbags, ABS with EBD and Isofix child seat anchors for all variants. However, side and curtain airbags are reserved for the diesel Q Type only (total of seven), as is Hill Assist Control and VSC electronically stability control. The diesel Q Type will be fitted with 17-inchers, whereas the petrol Q Type, all V Type and G Type Innovas gets the smaller 16-inch items instead. The current Innovas on the Indian road drive on 15 inch wheels, but we can expect the new ones to be rolled out with 16 inchers.

The 2016 Toyota Innova is finally out and we expect it to surface on the Indian markets soon. Priced a bit higher to the current outgoing versions lets see how it keeps the Game on!

Let us know what you think about the new Innova. Here’s a video to explain it to you in more detail.