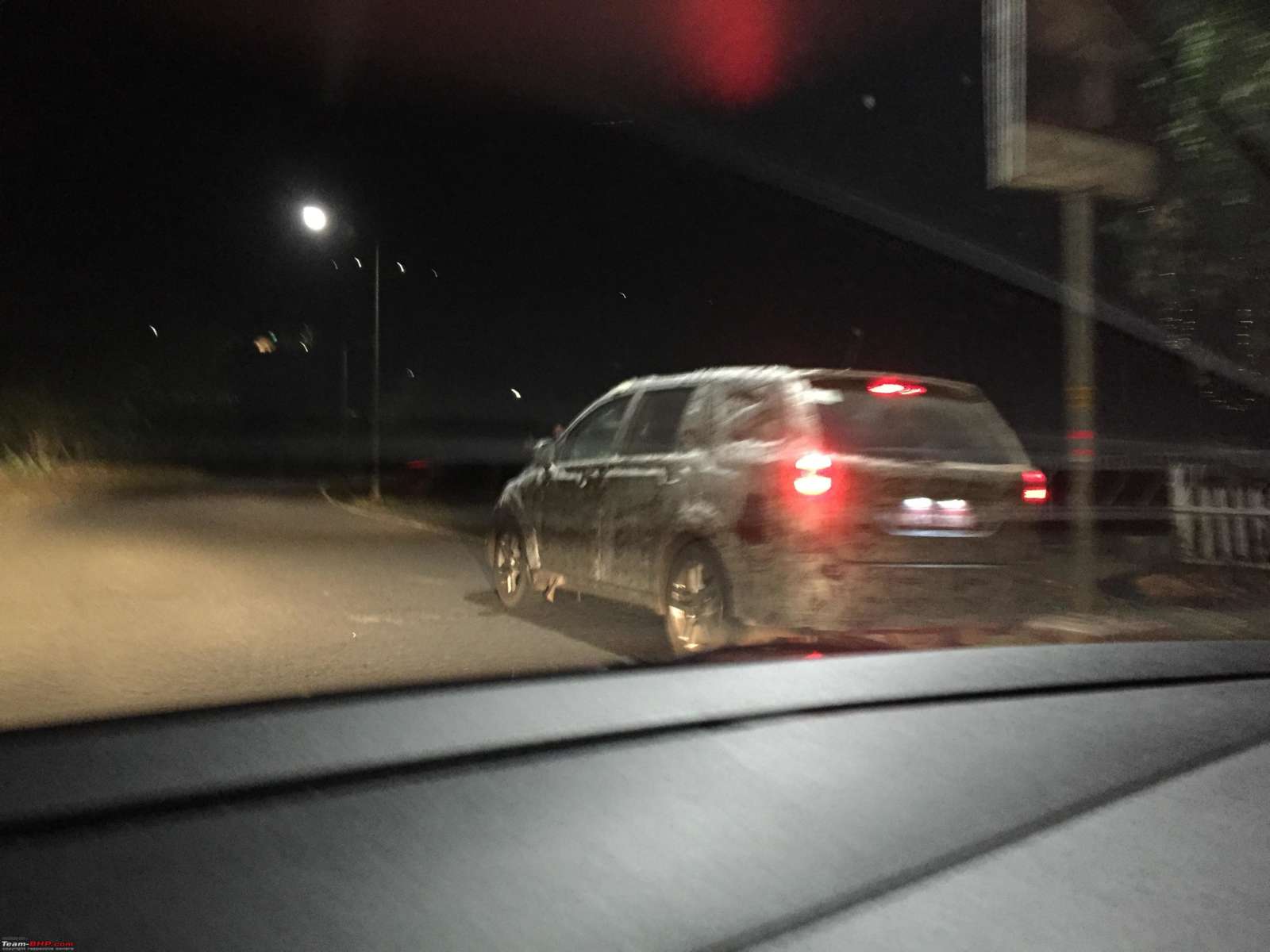 The Tata Hexa, successor to the Tata Aria, has been spied once again, this time in Lavasa City, near Pune. Spy images do not reveal many details as the test mule was covered under quite a lot of camouflage. The new Hexa is expected to be launched at the upcoming 2016 Auto Expo in Delhi. Once launched, it will rival the likes of the Mahindra XUV500 and the Toyota Innova.

The exterior of the Hexa features a new grille, 19 inch five spoke wheels, re-designed bonnet, honeycomb pattern inserts, and LED DRL strips above the fog lamps at the front. The rear side includes all new horizontal LED tail lamps and chrome tipped exhausts. The interior will feature leather seats, mood lighting, automatic climate control and LCD multi-function display to name a few. Safety features include 6 airbags ABS and ESP (Electronic Stability Program). Seat configurations include a 7 seat and a 6 seat option, the latter having captain seats in the second row.

Also Read: Tata Hexa – interior and exterior images, details and all you need to know 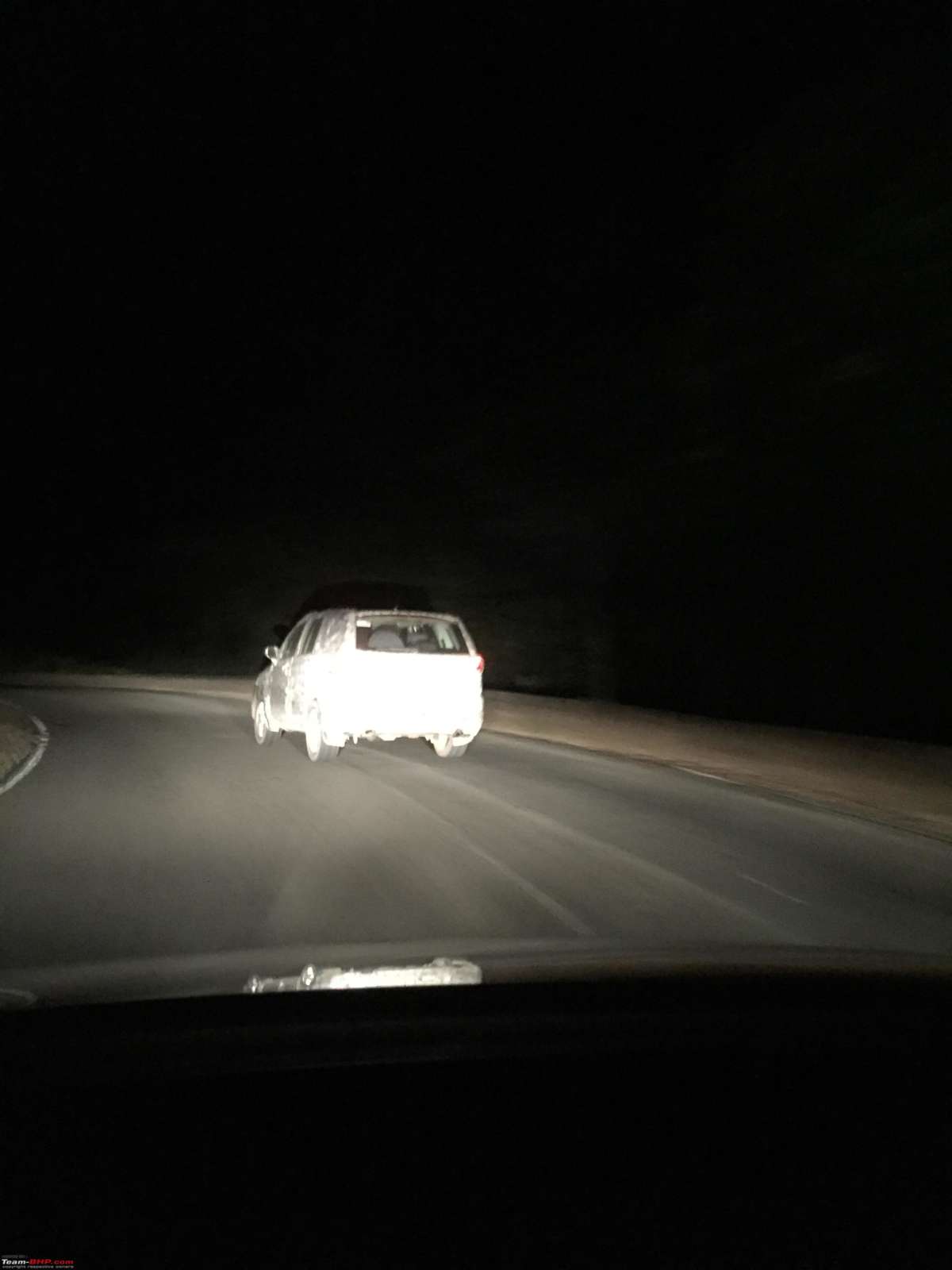 The Tata Hexa will feature the same 2.2L VARICOR engine as the Safari Storme, albeit in a slightly different state of tune to produce 151 hp of power and 400 Nm of torque. Transmission duties will be carried out by a 5-speed manual transmission or a 6-speed automatic transmission developed by General Motors Power Train (GMPT) with 4WD as an option. The Hexa measures 4764 mm in length, 1895 mm in width and 1780 mm in height and will have a wheelbase of 2850 mm.

The Hexa seems a bit up-market to its predecessor, the Aria, and may create a niche for itself if priced well. There really aren’t any good options in that segment except for the Mahindra XUV500.

What do you feel? Would the rehashed Aria be able to make an impact in the Hexa avatar? Let us know via comments.