With the ever increasing popularity of SUV’s, almost every manufacturer is turning to get one of their own into the respective markets. British luxury automobile maker Bentley recently launched its first SUV, the Bentayga in the global market. Italian marquee Lamborghini is working on its own SUV, the Urus. Now, another Italian brand, Alfa Romeo, has unveiled its first ever SUV, the Stelvio.

Also read: The much awaited Alfa Romeo Giulia is here; and is already sniffing German blood 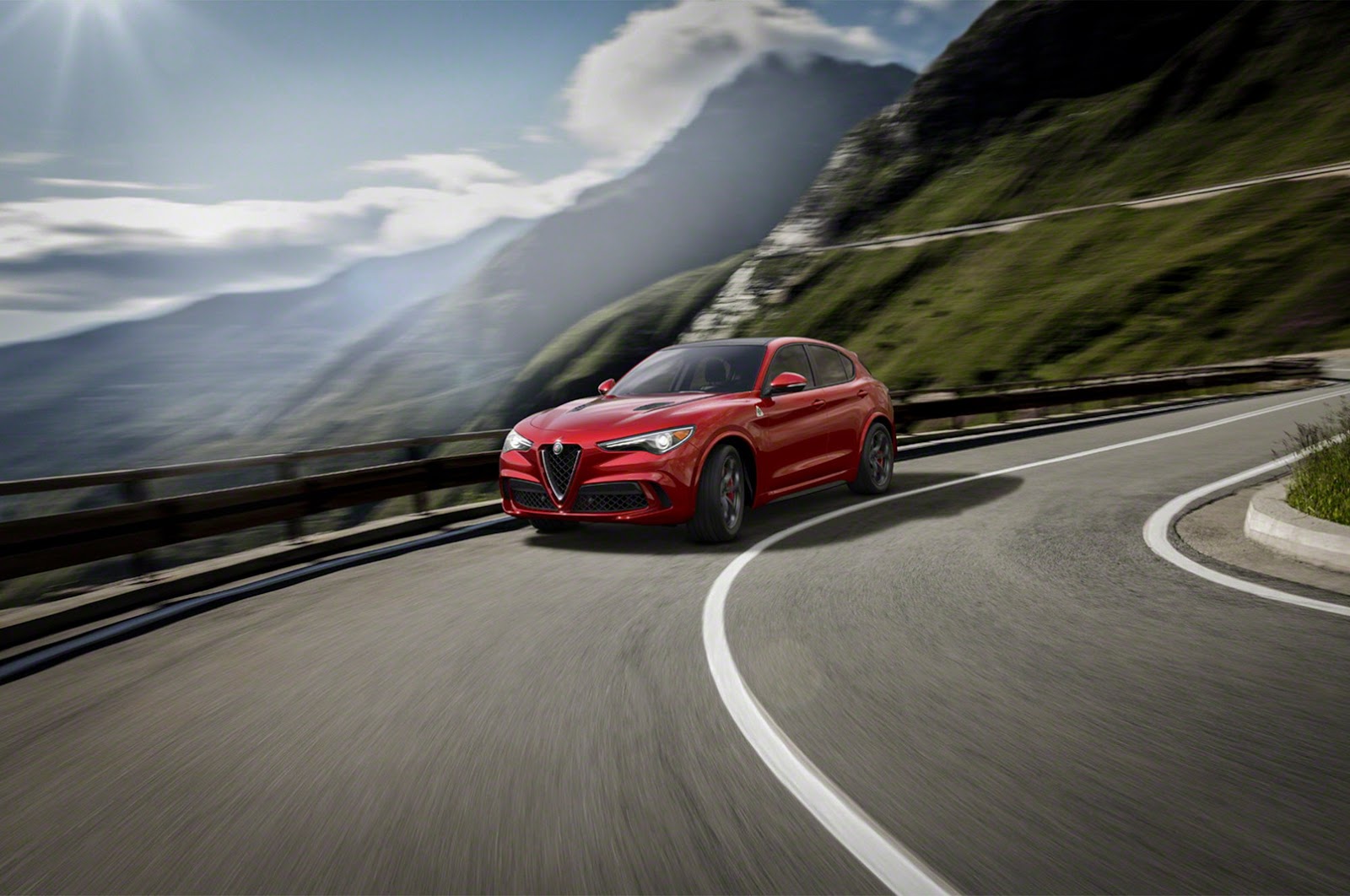 Making its debut at the Los Angeles Auto Show, the Stelvio is based on the Giorgio platform that underpins the Giulia sedan. Seen in the images is the top-end Quadrifoglio trim, sourcing power from a 2.9-litre turbocharged V6 engine that is tuned to produce 505 hp and 600 Nm of torque that sends power to all four wheels via eight speed automatic transmission. This powertrain enables the Stelvio to sprint from 0-100 kmph in a mere 3.9 seconds all the way up to a top speed of 184 kmph. The All Wheel Drive (AWD) on the SUV is mated to a torque vectoring system that is said to provide better handling in various driving conditions. Also on offer would be four drive modes – Dynamic, Natural, Race and Advanced Efficiency. 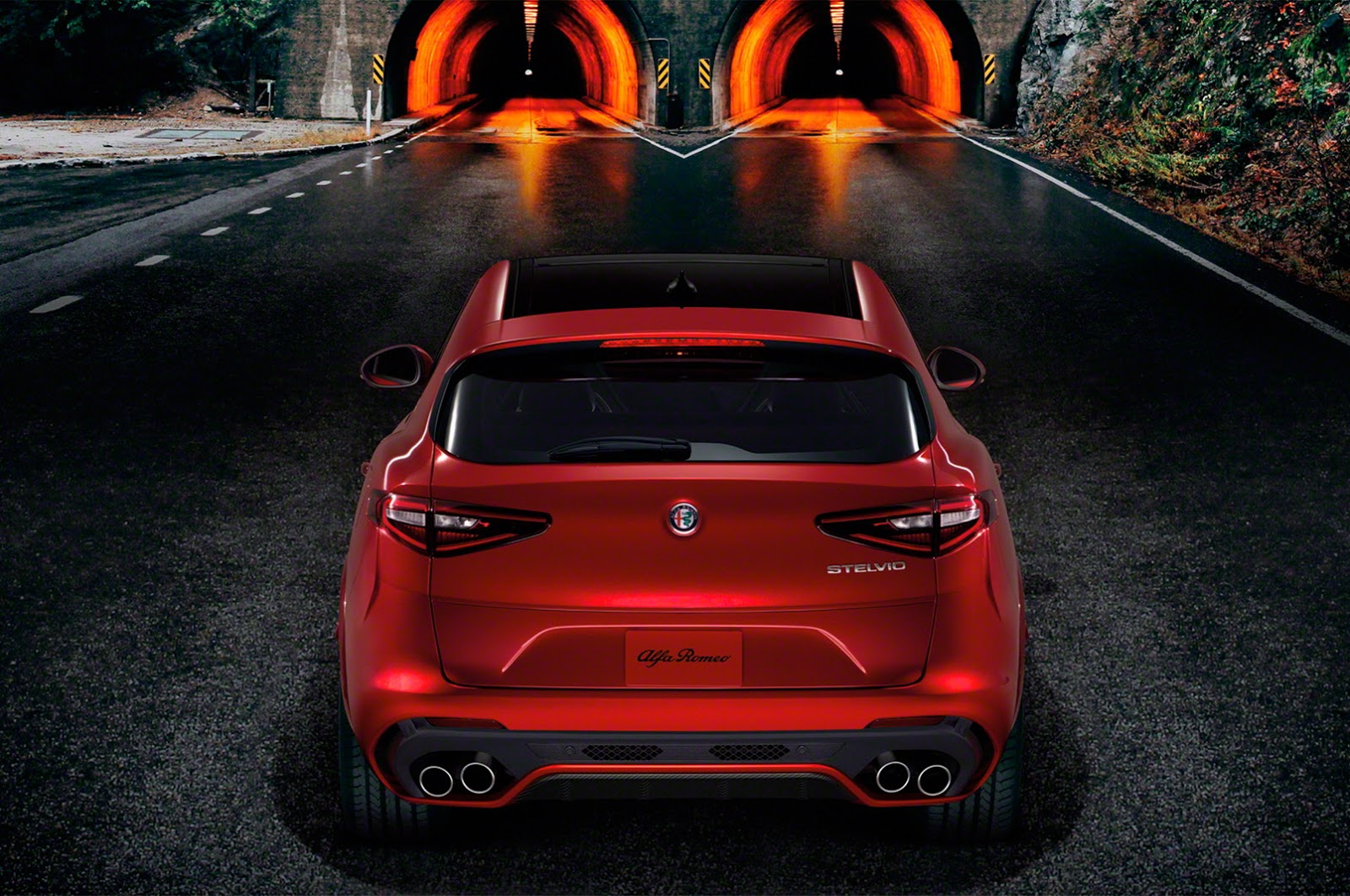 The base and Ti trims will be powered by a 2.0-litre turbocharged four cylinder that is good for 280 hp and 400 Nm of torque, limiting the top speed of the SUV to 231 kmph. This drivetrain is mated to an eight speed automatic transmission sending power to all four wheels via All Wheel Drive (AWD) system.

Visually, the Stelvio takes considerable styling cues from its sibling, the Giulia including the signature triangular shaped front grille, sweptback headlamp setup featuring a projector unit and LED DRLs on either side and large air intakes. A few other features include hood scoops, flared wheel arches, carbon fibre side skirts, integrated spoiler, a blacked out rear diffuser and a quad exhaust setup. 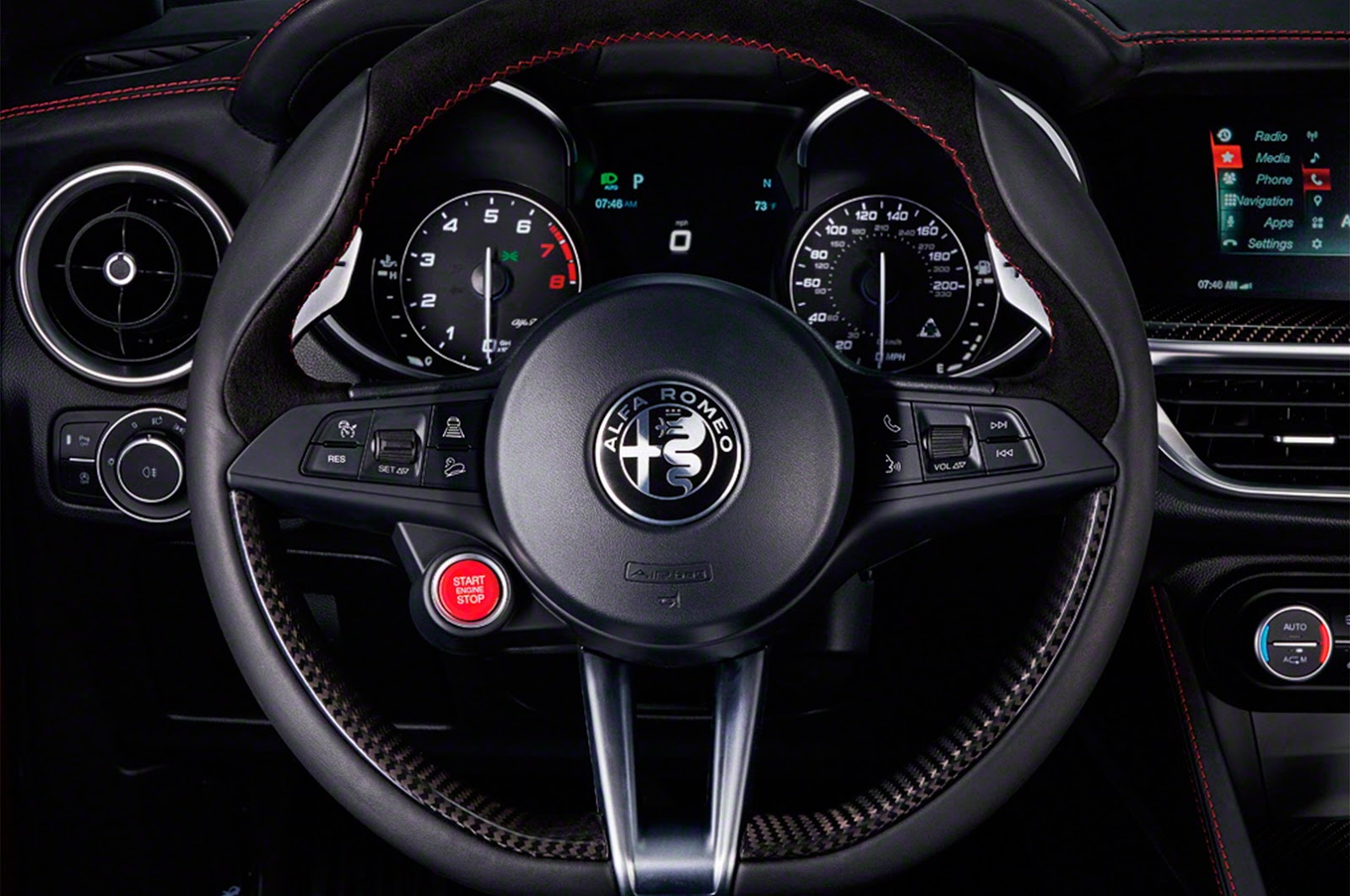 On the inside, the Alfa Romeo Stelvio will come equipped with a 6.5 inch touchscreen infotainment system (8.8 inch display available as an option) and a 14 speaker Harman Kardon music system. Safety features on the model will include lane departure warning, forward collision warning, blind spot monitoring, adaptive cruise control and front parking sensors. Once launched in the U.S. in mid-2017, the Alfa Romeo Stelvio will rival the Jaguar F-Pace and the Porsche Macan.

Following is an image gallery for the Alfa Romeo Stelvio SUV: