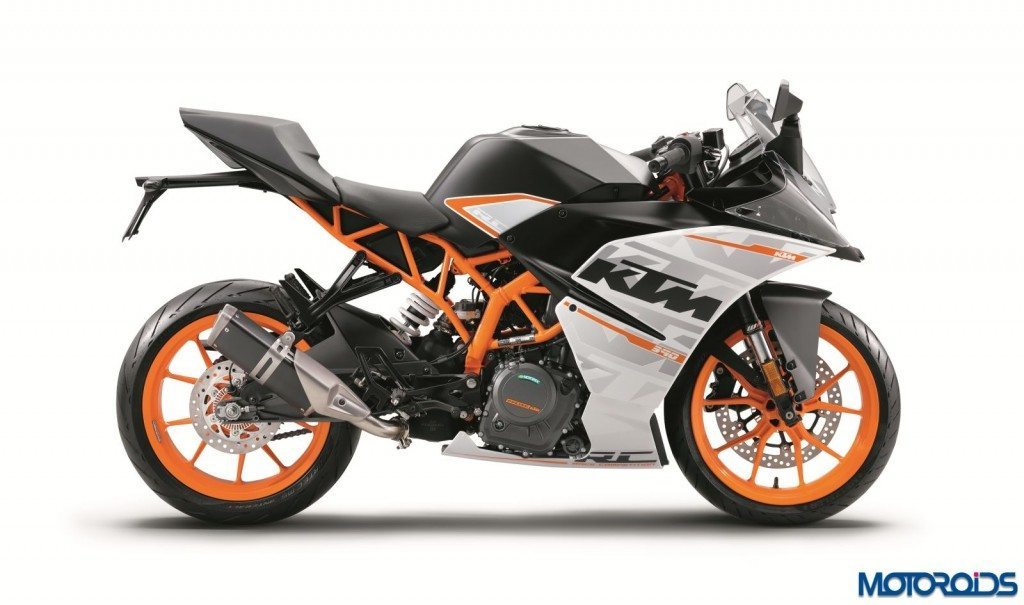 The 2016 KTM RC390 was recently spotted in Lonavla and spy shots of two undisguised RC390s have surfaced. The spotted RC390 featured a side mounted aluminium exhaust, like the one seen on the Euro-spec model. Since the KTM RC390 is manufactured at Bajaj’s Chakan facility and exported to international markets, it has already been snapped last year at the automaker’s plant. The spotted motorcycles could also be just the to-be-exported Euro-spec models on a quick road-test. 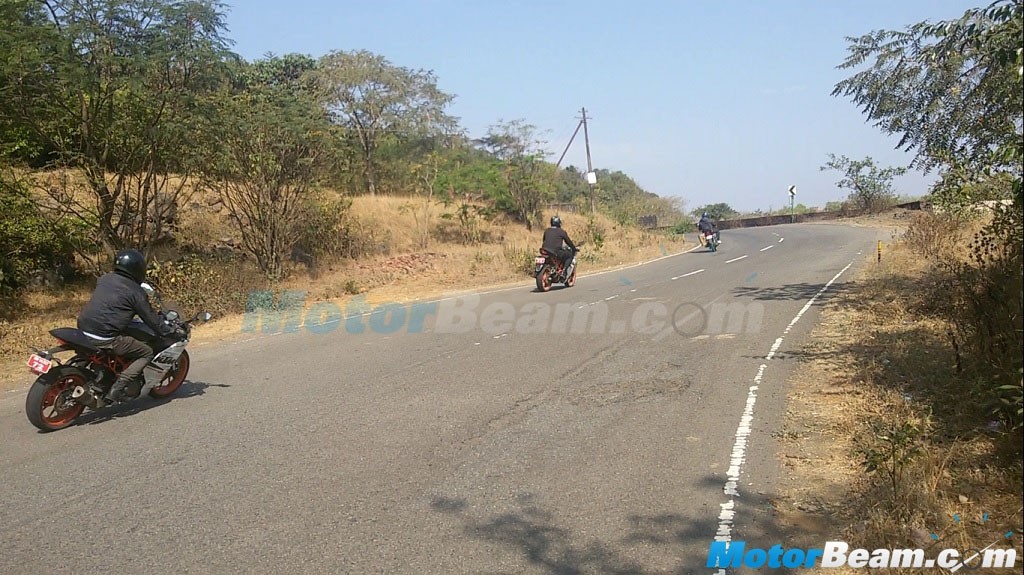 Earlier this month KTM launched the refreshed RC series in India which featured always-ON headlamps, slipper clutch, adjustable front brake and clutch levers and more premium touches. The Euro spec KTM RC390 was unveiled at the 2015 EICMA in Milan, the bike made its debut with a slipper clutch, a larger front disc brake (320mm), Ride-by-wire technology, switchable ABS and a new aluminium exhaust to meet Euro 4 emission norms. The braking setup on the KTM RC390 is developed in co-operation with Brembo. The front brake and clutch lever on the bike are adjustable too. 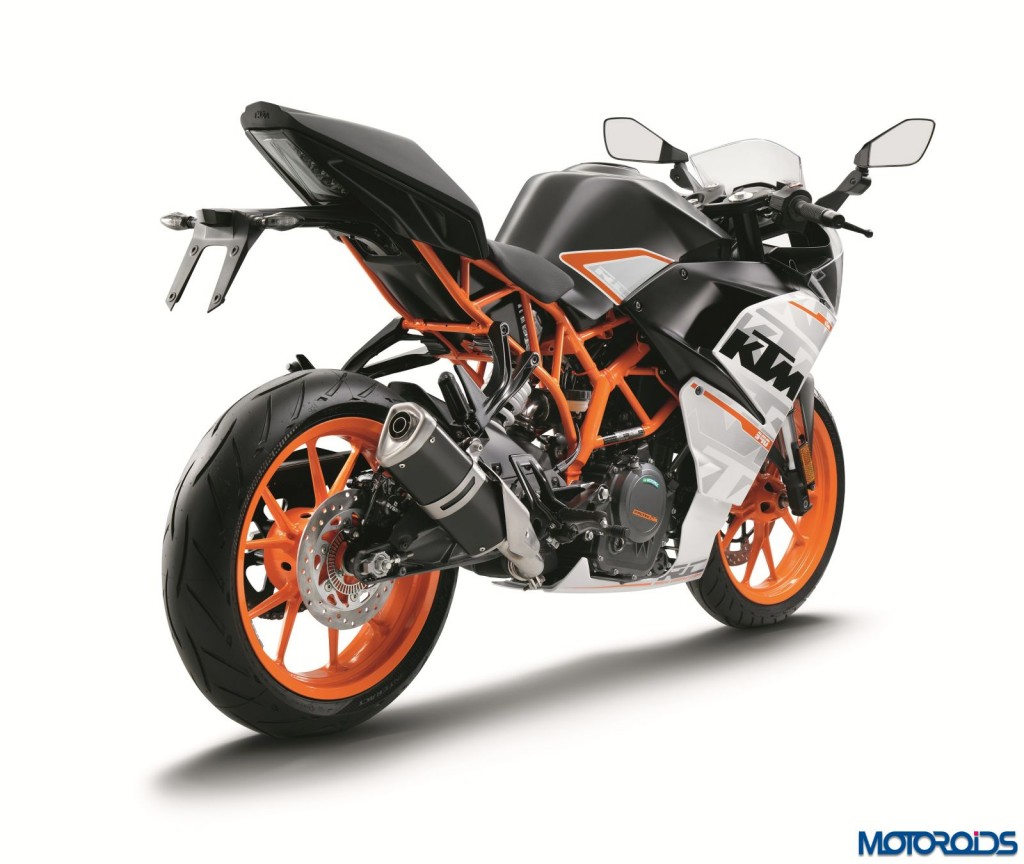 Speaking about the tech-mech of the Moto3 inspired bike, the 2016 KTM RC390 carries the same 375cc liquid cooled, single-cylinder, four-stroke engine with twin overhead camshafts and four valves. The engine is equipped with electronic fuel injection and is capable of generating 44 bhp of power at 9,000rpm and a peak torque of 35 Nm at 7,000rpm. The power is pushed to the wheels by a 6-speed transmission. 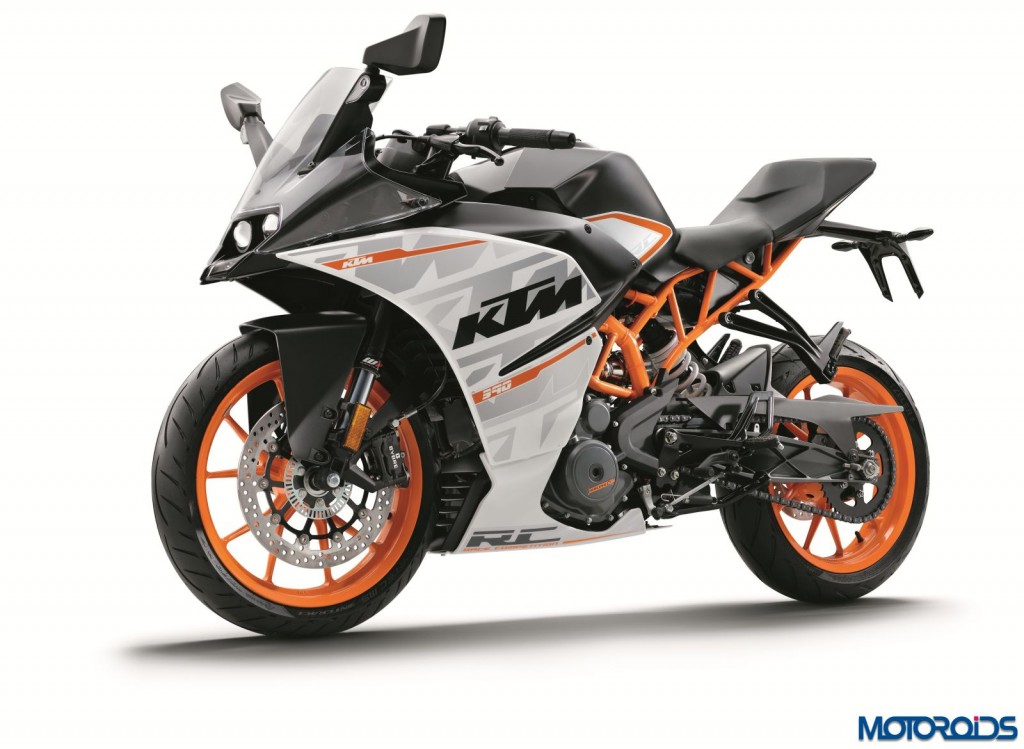 The company has already rolled out the updated RC390 in the Indian markets and calls it the 2016 KTM RC390 therefore it is unlikely that another version of the bike will be out soon. Anyway we have our fingers crossed!