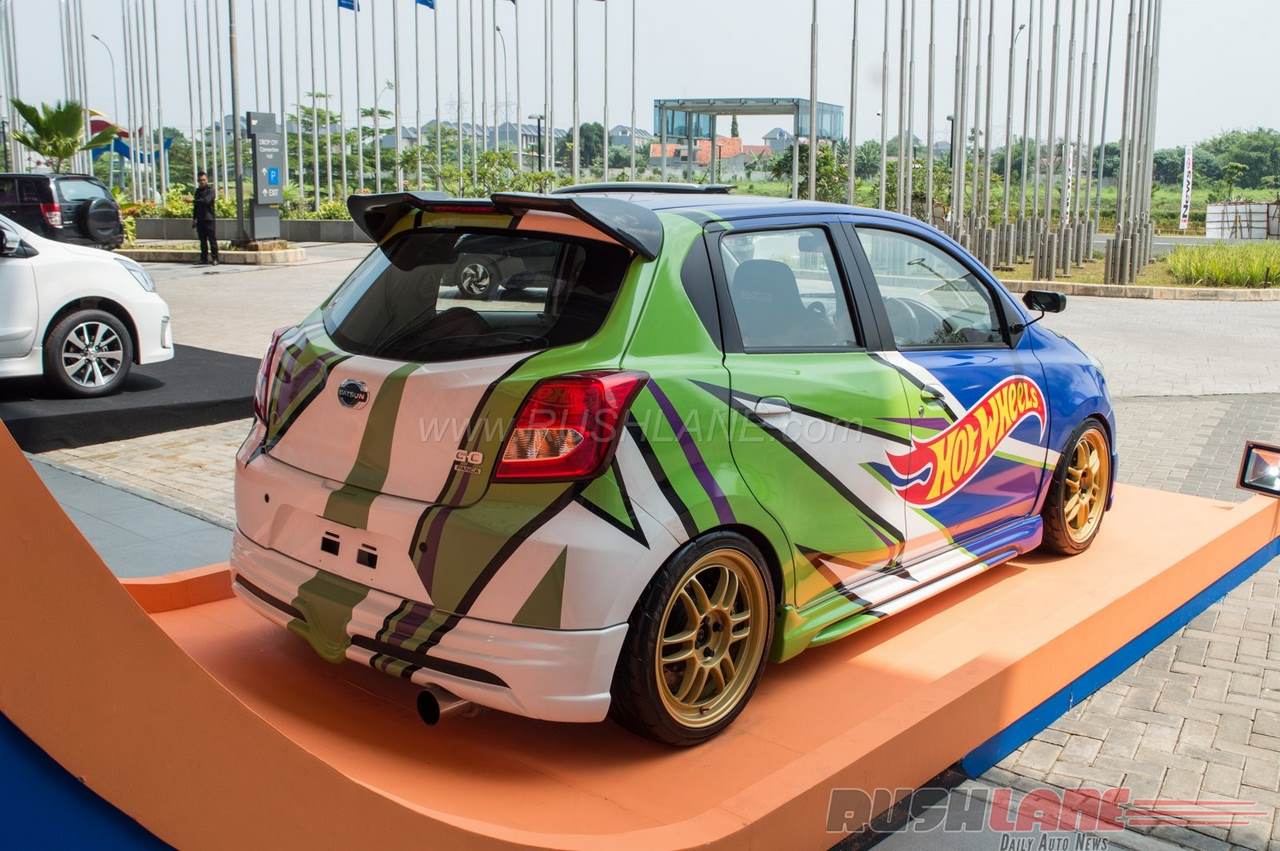 Datsun surely knows how to bring in the crowds at the 2016 GIIAS in Indonesia. We had recently brought to you one of the three radically modified Go hatchbacks the automobile manufacturer had showcased during the event. Now, we present to you the second worthwhile modification on the Go, a rather hot wheeled one in this case.

By showcasing the Datsun Go HotWheels edition at the Indonesia Auto Show, the company has brought to life what some of us Hot Wheels fanatics kept dreaming of while we were much younger. This edition of the Go features extensive modifications to the exterior as well as the interior of the vehicle. 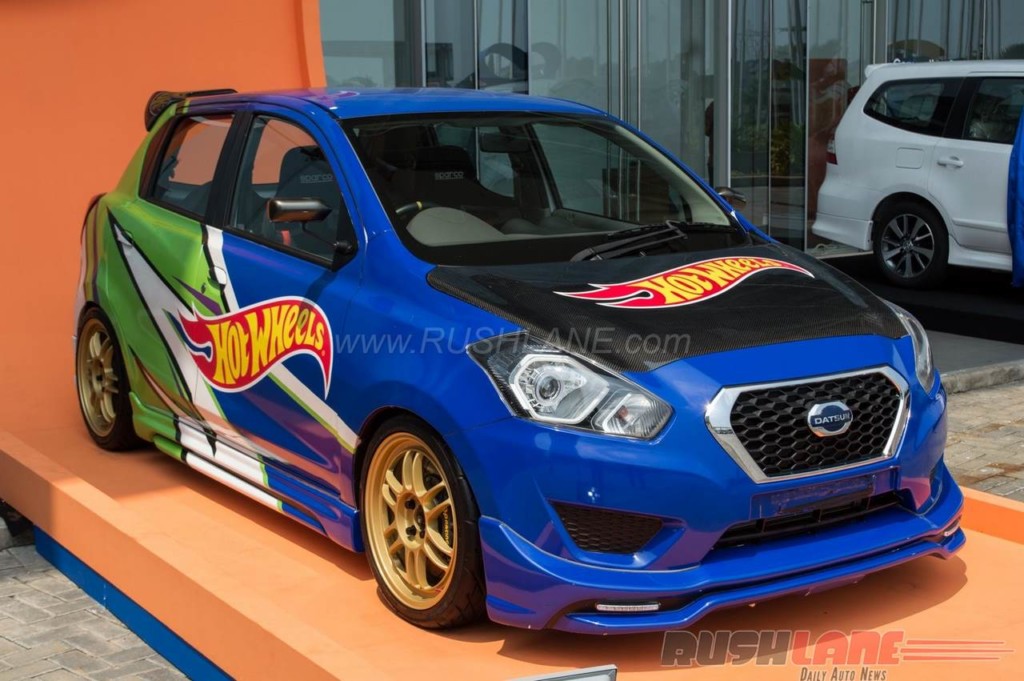 On the outside, the Go HotWheels edition receives a multicolour paintjob featuring shades of blue, green and white to begin with. Also seen is an aerodynamic body kit with bumper extensions and side skirts, carbon fibre wrapped hood and wing mirrors, projector headlamp setup enclosed in a hexagonal shape headlamp cluster, matte after-market, gold coloured rims, a rear spoiler and a chrome tipped exhaust. Moving towards the interior, the model comes equipped with aftermarket parts such bucket seats, steering wheel and gear knob, all sourced from the house of Sparco.

Engine details have not been divulged and it is hence safe to assume that the Go will be powered by the conventional 1.2 litre three cylinder petrol engine as seen on the Nissan Micra. This motor is capable of producing a power output of 68 PS at 5000 rpm while the peak torque of 104 Nm comes up at 4000 rpm. This engine sends power to the wheels with the help of a five speed manual transmission.

Following is an image gallery for the Datsun Go HotWheels edition: