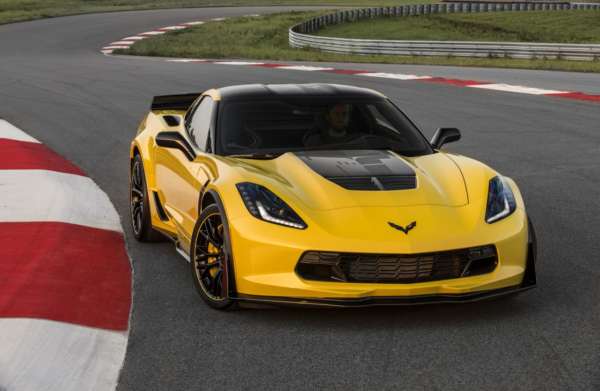 The Corvette C7.R racer is a purpose-built GT category Le Mans machine and comes with a 5.5-litre naturally-aspirated V8 which makes around 500 horsepower. It also comes with a trick racing differential and a 6-speed sequential gearbox, all proper racing car stuff. However, Chevrolet has just announced the imminent launch of a new Corvette and surprisingly, it makes more power than a Le Mans racer. This new ‘Vette comes with a supercharged 6.2-litre LT4 V8 and kicks out 650 horsepower – 150 more ponies than on the GT racer. 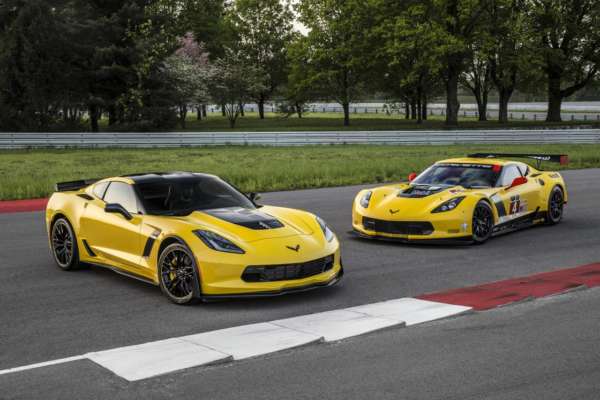 This Z06’s similarity to its GT racer sibling isn’t coincidental.

Chevrolet says that the 2016 Corvette Z06 C7.R Edition isn’t just any other Corvette, but one that signifies the direct link between their hardcore racing cars (Corvette Racing) and road-going sports cars. The Zo6 C7.R Edition was created to honour this link between the two separate genres of Corvettes and thus commemorate the C7.R GT racer. That said the Zo6 C7.R Edition is more powerful, and has been endowed with the Z07 performance package. This adds a host of racing tech goodies such as potent Brembo carbon-ceramic brakes, Michelin PS Cup 2 tyres and a special serialised vehicle identification number. 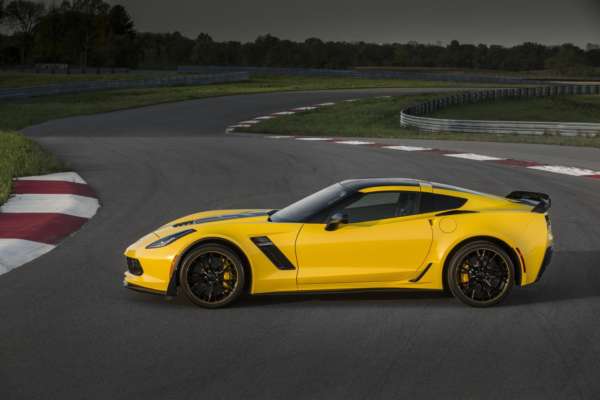 Brakes on this Z06 are carbon-ceramics, while the C7.R racer uses steel rotors.

The 2016 Corvette Z06 C7.R Edition will also be quite a rare car on the streets, because Chevrolet will only make 500 of these. There will only be two colour schemes available on purchase; Corvette Racing Yellow Tintcoat (pictured) and Black. We reckon most die-hard fans of the ‘Vette would choose the Racing Yellow. Of course, you can also benefit from the aggressive-looking black alloys that house bright yellow brake calipers. There’s also Visible carbon-fibre ground effects package, visible carbon-fibre bonnet section and grilles and vents finished off in a Spectra Grey Metallic shade. 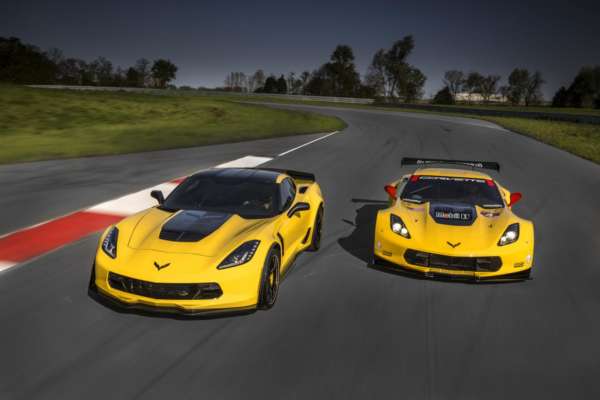 The yellowness of it all continues inside the cabin as well, with a Jet Black leather interior that’s supplemented by sueded microfiber accents on the instrument panel and doors. The sueded material can be found on the sports seats, steering wheel and the gear shifter. There’s also some glossy carbon-fibre bits inside this cabin, along with yellow contrast stitching. The car is full of technical gizmos and include Magnetic Ride Control, Performance Traction Management and electronic limited slip differential. This, along with the various aero-kits on the Z06 C7.R Edition that promise to provide some proper downforce and that means Chevrolet isn’t clowning about with this one. Prices of the 2016 Corvette Z06 C7.R Edition are yet to be announced, but you can bet that this will be one expensive Chevy.