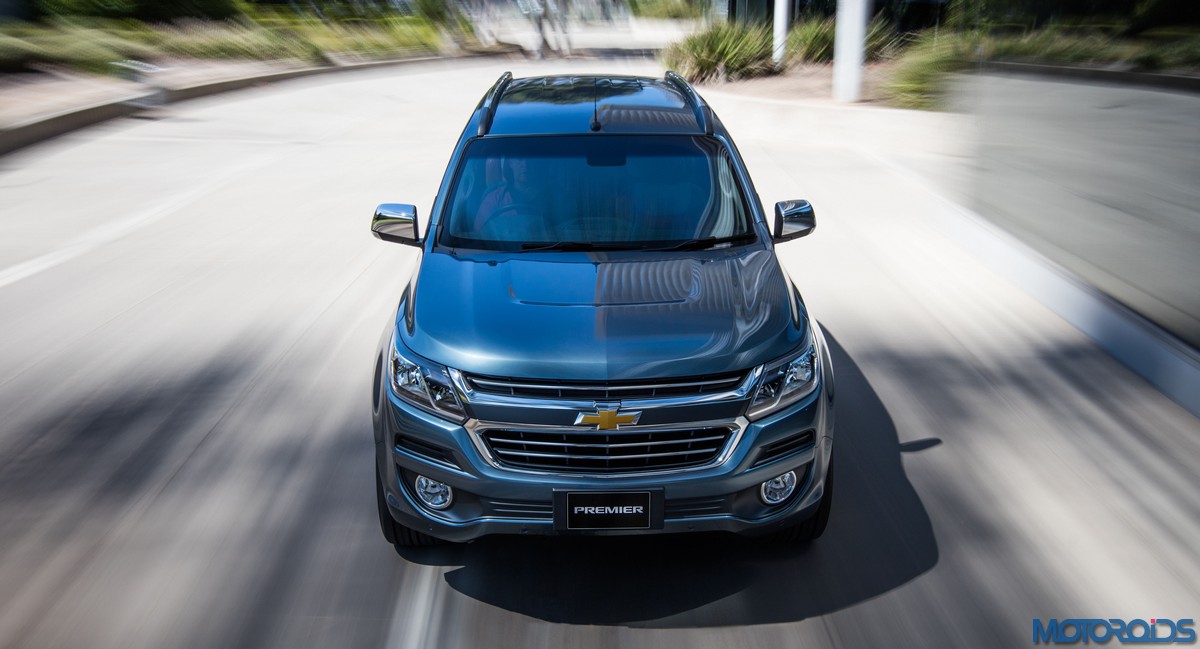 Chevrolet launched the 2016 Trailblazer for the Brazilian market early last month with a price tag of R$ 159,990 (INR 30.41 lakhs). While this price was limited to the petrol variant, the diesel variant arrived with a price tag of R$ 189,990.  Now, reports suggest that the 2016 Trailblazer has been imported to the country for homologation purposes.

According to information available on Zauba, the 2016 Trailblazer facelift came mated to the 2.8 litre engine and a six speed automatic transmission as seen in the outgoing model. This 2776cc engine is said to develop a power output of 197 hp at 3600 rpm while the peak torque of 500 Nm comes up at 2000 rpm. The said model is a 2WD as seen in the current generation model.

Upfront, the model receives sharper headlamps, a new dual port grille with chrome inserts, and a new bumper. Some other features include a rear spoiler, rear fascia protector and integrated side steps with chrome molding. Inside, the top end trim and includes features such as LED DRLs, an 8 inch MyLink infotainment system, a more contemporary dashboard design and a two-tone instrument panel inserts with detailed stitching.

The new Trailblazer facelift is likely to push the otherwise dull sales of the SUV that comes to India through the CBU route. Once launched, the model will rival the Ford Endeavour, the Toyota Fortuner and the Hyundai Santa Fe.