Home Audi 2016 Beijing Motor Show: With 400 bhp, the 2017 Audi TT RS Coupé and Roadster are the most powerful TT ever

The 2016 Beijing Motor Show has gone live with many automakers revealing and unveiling their new wares. One of those exhibitors from Germany, Audi has started their show with a bang by skating in their new 2017 Audi TT RS Coupé and Roadster into their pavilion. 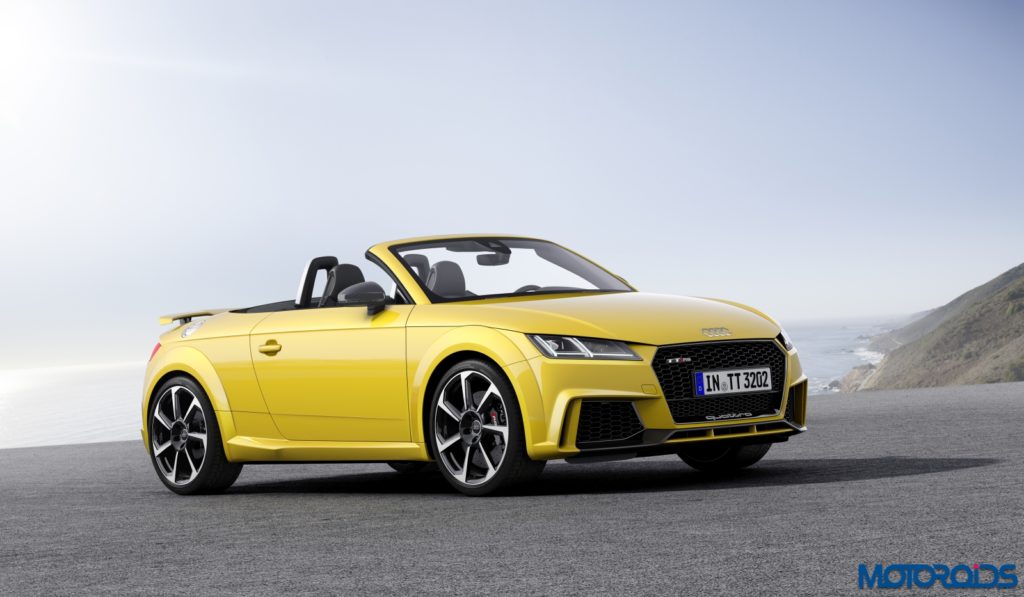 On the visual front, the new 2017 Audi TT RS models get a single frame grille in the front that is fitted with a newly designed honeycomb mesh and a Quattro logo. The air intakes are given a bump in size. The rear gets a fixed rear wing and two large, oval exhaust tailpipes. Overall the new design treatment has given the cars a new sharp and aggressive styling.The five-cylinder engine powering the Audi TT RS Coupé and Roadster displaces the unchanged capacity of 2,480cc.

The carmaker has tweaked their 2.5 TFSI engine by shaving off a chunk of weight and reducing internal friction in order to deliver improved performance. It generates a maximum torque of 480Nm that kicks in between 1,700 and 5,850 rpm and a power of 400 horses’ shoots out at around 5,000rpm. The TT RS Coupé can go from 0 to 100 kmph in 3.7 seconds while the Roadster does the same in 3.9 seconds. Both the Audis can do a top speed of 250 kmph that can be increased further to 280 kmph upon request. The power is sent to all the wheels by a seven-speed S Tronic transmission. 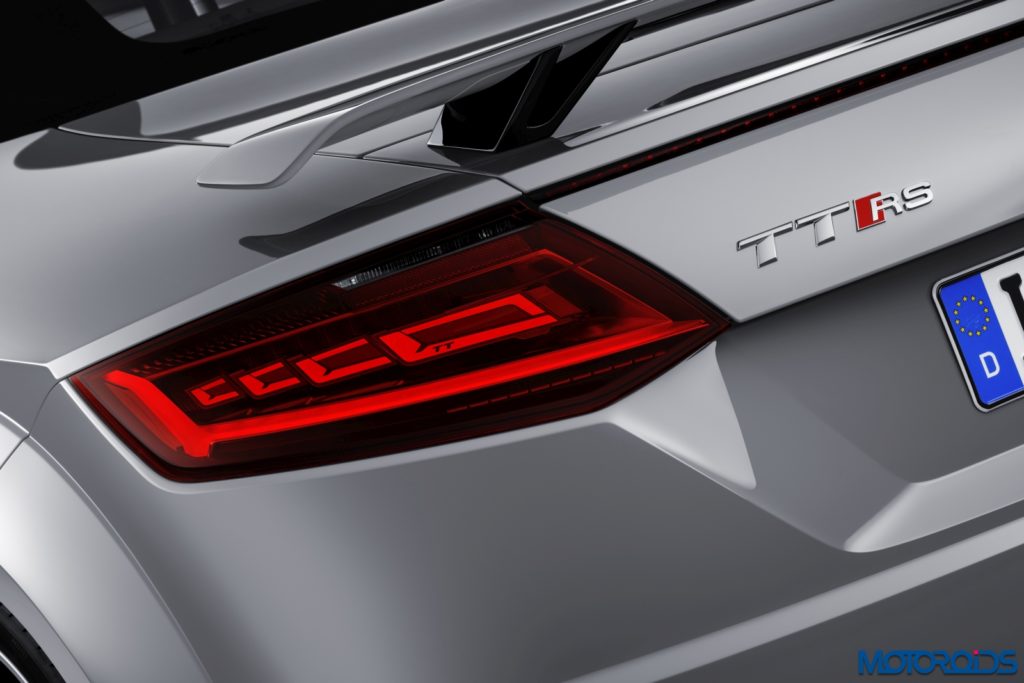 The combination of Audi TT RS’s lightweight chassis and direct steering is said to provide better handling and control. Its performance is complemented by a kit of 19-inch wheels that can be upgraded to 20-inch forged lightweight wheels. For the first time, Matrix OLED taillights are offered as an option. The new TT RS gets driver-focused controls and a 12.3-inch display that puts up all needed information on the fully digital Audi virtual cockpit. 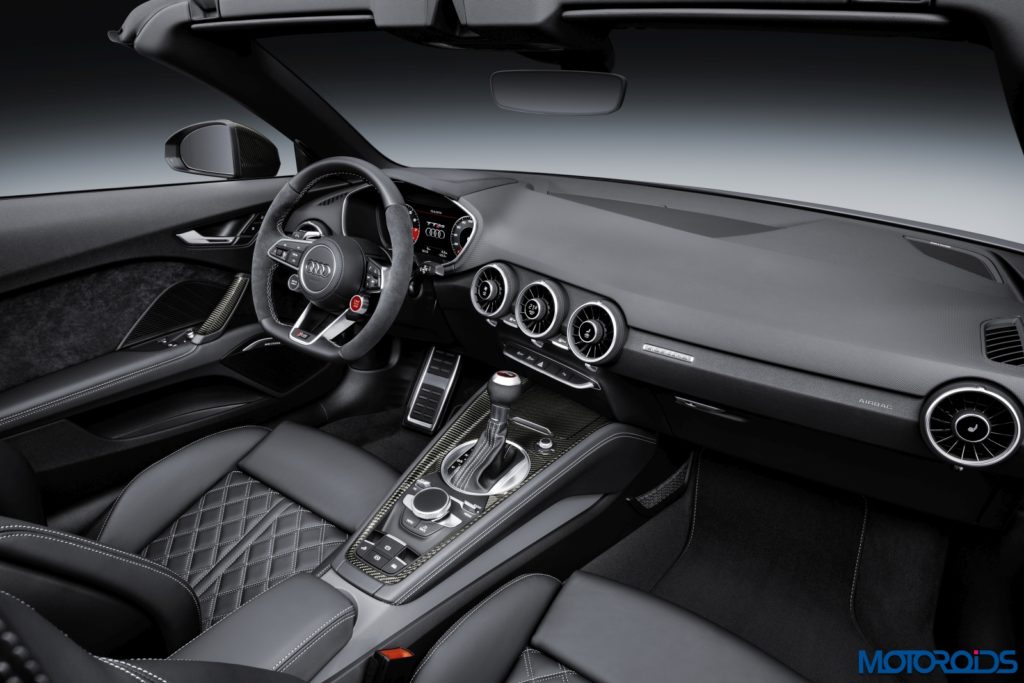 The driver can choose from three views, including a special RS screen that highlights the rev counter and provides information on tire pressure, torque, and g‑force, among other things. It also displays a shift light which informs the driver that the engine speed limit has been reached. The steering is also bumped up with leather bits, while the  shift paddles have two operating satellite buttons for turning the engine on and off as well as the driving dynamics system. An interesting feature that is available to the driver is that he/she can influence the exhaust flap control via the sound button on the center console.Other features include MMI navigation plus with MMI touch with free text search and natural voice control, as well as the Audi connect online module, Wi-Fi hotspot, Audi phone box and a Bang & Olufsen sound system. 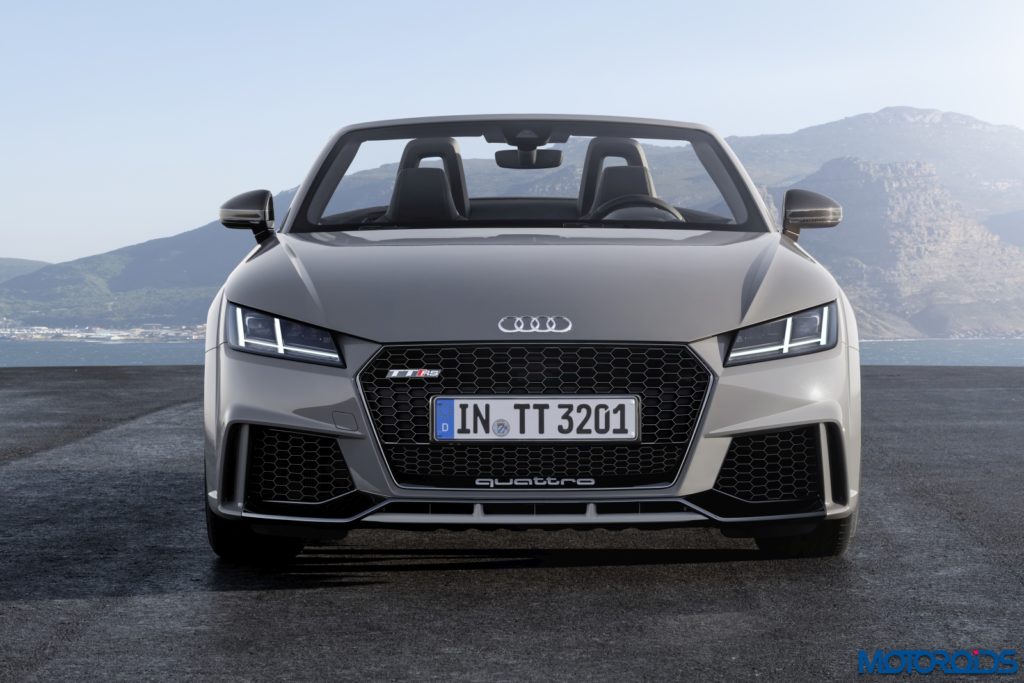 Other features include MMI navigation plus with MMI touch with free text search and natural voice control, as well as the Audi connect online module, Wi-Fi hotspot, Audi phone box and a Bang & Olufsen sound system. The new 2017 Audi TT RS Coupé and Roadster will roll out in the European market in fall 2016 and will be priced starting from 66,400 euros (approx INR 50 Lakhs) and 69,200 euros (approx INR 52 Lakhs) respectively. Scroll down for a huge image gallery of the Audi TT RS Roadster and Coupe.