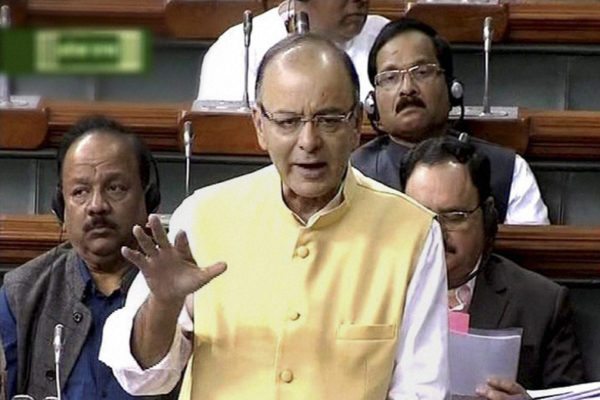 For the Indian Automotive Industry, forever in a tempestuous state, it was a lukewarm, mildly disappointing affair in the Narendra Modi government’s first full year Union Budget of FY-16. Instead, Finance Minister Arun Jaitley (above) insisted on fast implementation of big infrastructure projects to hasten industrial growth momentum – seeing the bigger picture here? In reply, the automotive industry’s reaction was mixed, with a majority vibe ringing that they got a lot less than they deserve – only 75 Crores were allocated for industry, and some change.

Also, the had been vying for the government to request banks and financial institutions to lower the interest rate on vehicles to bring the positive sentiments among buyers. But the 2015 Union Budget hasn’t addressed this issue as well.

These relatively mild shift in numbers mean that cars and two-wheelers will not get cheaper. 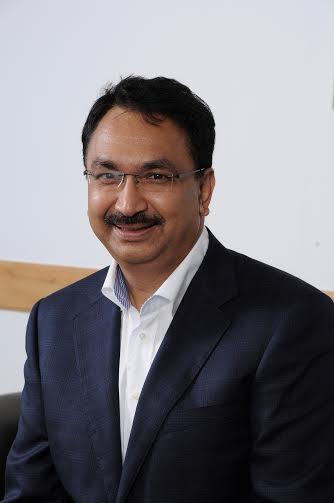 “We compliment Finance Minister for announcing the pro-India budget that would strengthen the social fabric, improve governance and tax rationalization. Overall a positive budget for both corporates and individuals.” 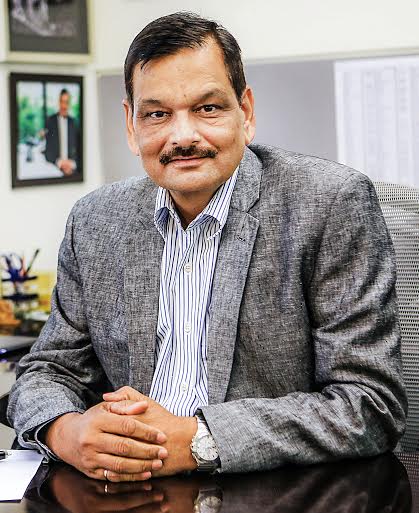 “The budget looks to be a pragmatic one as it focuses on infrastructural development, education, skill development, agriculture, irrigation, health care, social security schemes etc. Given the condition of the economy, the direction given in the budget is a positive one and the call for fiscal prudence looks good. The government’s intention to introduce GST, reduce the corporate tax from 30 to 25 per cent over a 4 year period, simplification of the tax regime, financial sector reforms, GAAR deferral etc are encouraging news. The steps outlined for the manufacturing, power, coal and mining sectors should spur economic activity going forward. Having said this, a monitoring mechanism should have been in place to ensure timely implementation of the projects in these sectors. As far as the automotive industry is concerned, we were expecting excise duty cut on all categories of vehicles as the auto industry continues to bleed due to high interest rates, economic slowdown etc. There are some changes in CST and also on customs duty which need to be clarified from the fine print. Having said this, the focus on rural roads, highways, expressways, incentives for electric vehicles are welcome decisions. Some of the other announcements made by the finance minister on the direct taxation front are also positive steps. Overall, the budget lays down a blue print for a stable tax regime that can lead to growth in the economy. These proposals and announcements made in the budget, if implemented effectively, should have a positive impact on industry and the economy as a whole going forward. The challenge now is the implementation of the proposals. Our hope is that the market will respond favourably.” 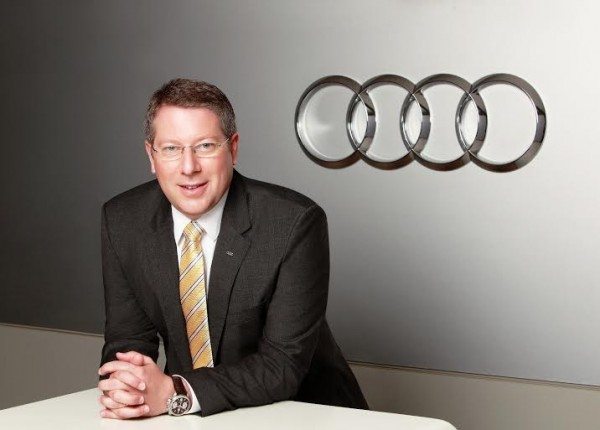 “It is no doubt a visionary budget with focus on long-term growth of the country. We welcome the move towards the rollout of GST next year. We are happy to see the emphasis placed on boosting infrastructure. This will go a long way in fulfilling the government’s vision to make India the fastest growing large economy in the world. We welcome the reduction of Corporate Tax as well as focus on infrastructure via various schemes and investments. However, we expected more of a direct support to the auto industry which has been contributing, significantly to the GDP. The FM’s focus on working towards creating a universal social security system for all Indians, specially the poor and the under-privileged is commendable. However increase in service tax is a setback for common man.” 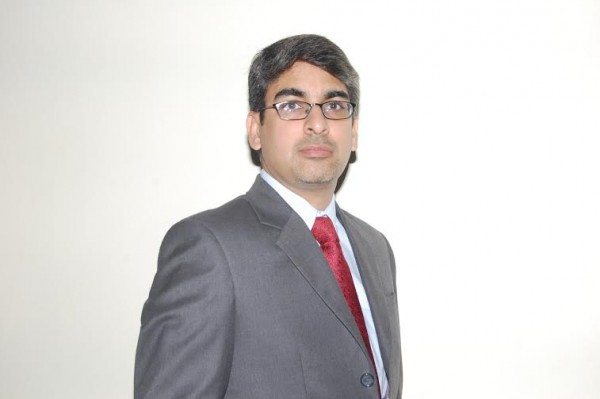 “We welcome the government’s clear focus on promoting infrastructure and investment in the Union Budget. We also compliment a clear roadmap for GST implementation and expect this, along with a clear focus on infrastructure development, to aid economic growth in the long-term. A concerted effort to strike a balance between economic and social indicators for growth has been outlined by the Government. This is certainly positive and encouraging.” 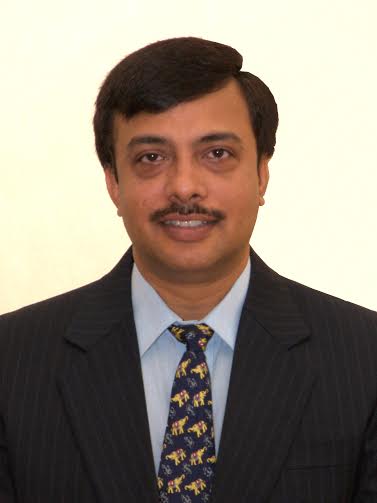 “The main budget feels like solid middle order batting that follows an explosive opening knock by the Honorable Railway Minister. Three themes in this budget are critical to industry.

The first theme is infrastructure. Over 100,000 km of roads have been targeted over and above the massive push in the rail sector, in addition to the discontinuous investments in public amenities through the Swacch Bharat Abhiyaan. The massive boost in infrastructure spend (Rs 70,000 crores), as well as the mechanisms announced to fund it, will kick-start a virtuous cycle, resulting in significant primary demand for commercial vehicles.

The third theme is reform. Introducing a new bankruptcy law, announcing a roadmap to lower corporate taxes and other such actions are clearly directed towards making India more competitive to do business. Continued push in this direction will encourage more players to enter India, bringing investments as well as boosting economic activity.

While there has been no excise duty modification in the automotive sector, I believe that long term demand creation is more sustainable than short term sops to boost consumption. The government has moved in exactly this direction with this budget.

The Government has also correctly decided to drive small, incremental improvements rather than big bang reforms. In our own experience, the centerpiece of any turnaround is not a big, innovative idea but Mission Mode execution. This Government has demonstrated its ability to execute in Mission Mode, for example, during the rollout of Jan Dhan Yojana. I believe that this will continue.​”

“We at Scania feel overall, this is a balanced budget with emphasis on Manufacturing as part of Make in India along with appropriate importance to skilling India. We also like the Government’s commitment to make the development process as environment friendly as possible. While the increase in customs duty for commercial vehicles is disappointing , overall – the positives outweigh the negatives. The clear commitment to implement GST by 1st April 2016 which is a game changer, easing of norms to aid flow of technology, flow of capital, and focus on sustainable development along with a road map of clearly stated goals in terms of 1 Lakh KMs of roads, doubling the clean energy cess on use of coal and launch of a scheme for faster adoption are all measures in the right direction. However, we would have liked to have seen more clarity around the country’s biofuel agenda and sustainable solutions in the transport sector. Bio-ethanol promises carbon savings of about 70 percent. Overall, the broad contours are all positive and we look forward to partnering with India on this exciting journey”

“The budget is an extremely positive one. The roadmap to simplify processes, encourage growth was critically needed and several measures proposed will stimulate growth and revive the economy. The Corporate Tax reduction will definitively promote growth. Our congratulations to the Government for a budget that is realistic and progressive.” 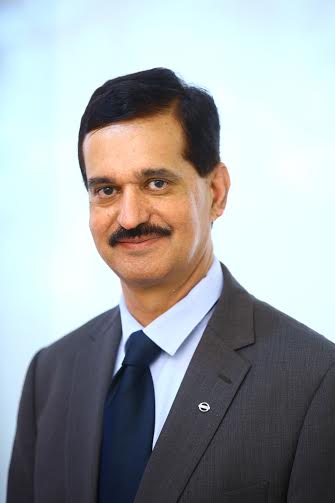 “We were looking forward to a stronger emphasis on the automobile industry from budget 2015 but there doesn’t seem to be much momentum on that front. While we expected the incentives on EV to be more than what has come from the Finance Minister, we are happy that there is progressive step in this direction. Also, the 0.14% excise duty hike on small cars and 2 wheelers does not have much of an impact.

The industry would have benefited a lot had the excise duty benefits been extended but this budget has the potential to raise the consumer sentiment which will help the industry grow. There were concessions given on some identified components for EV’s in the past and these concessions continue for another year; we welcome this move”

“The commitment to infrastructure, announcement of GST with a specific timeline and a simplified tax structure greatly enhances ease of doing business in India. These positive steps will simulate growth and should indirectly help the automotive market. It is crucial now that these measures are implemented within the next 12 – 18 months to accrue desired results. Mercedes-Benz has already committed to the “Make in India” campaign investing a total of 1,000 crores in its manufacturing facility and has the largest installed capacity in the luxury car segment.”

“Amidst the sky-rocketing expectations from across sectors from the first full-term Union Budget of the Modi government, the automobile industry has little reason to smile. However, keeping up the positive sentiments, we see some indirect positives including reiteration of GST implementation timeline of April 2016, significant increase in allocation of funds towards road-building and reduction in corporate tax rate from 30% to 25% over the next 4 years. The overall economic recovery and growth with positive parameters, GDP, rupee growing stronger etc., are a source of excitement for any business operating in India. Honb’le Finance Minister has also indicated on proposing plans for further ease of doing business, which is an added boost for the overall business environment. Further, the government’s sincere focus on rural development and allocation of a huge sum of Rs. 34, 699 crores for rural growth is a good move as companies plan to target the untapped potential of the rural market. Next, the intentions of making India a manufacturing hub through ‘Make In India’ campaign will also give manufacturers under the auto sector an added advantage. Also, the initiatives on skill development will provide for skilled labour and expertise in our respective sectors.”

“The Finance Minister had huge expectations to meet in this Make in India budget. It looks quite balanced and progressive in approach. The budget promises to put a well thought of blueprint for development in the coming years. It encompasses inclusive growth model, as promised by the Government, which is a welcome step. With this budget, we can expect gradual rise in GDP, especially by controlling physical deficit and CAD.

I am glad that the Budget outlines Govt’s keen focus on developing infrastructure that would encourage more foreign investment apart from laying foundation for a long term growth.

The announcement of GST coming into effect by next year is indeed a positive step.While 8% growth still looks a distant goal, the Finance Minister has sent a clear message towards his government’s intent. It is encouraging that Corporate Tax is proposed to be reduced to 25% over the next four years, which will encourage growth and investments.

Infra focus is a positive step forward and poised to revive the economy. A Capex of Rs. 3,17,000 crore, in addition to an outlay of Rs 14,000 crore in road sector and completing one lakh km of roads currently under construction and sanctioning another one lakh Kms will help boost the demand in Tyre sector.

Another positive outcome has been the Government’s focus towards the education, skills by way of introducing sops for students as well as establishing new hubs of higher education in new locations, which are pivotal for India’s overall progress.

The Government is well on track as in the budget ample focus has been given on the development of rural India.” 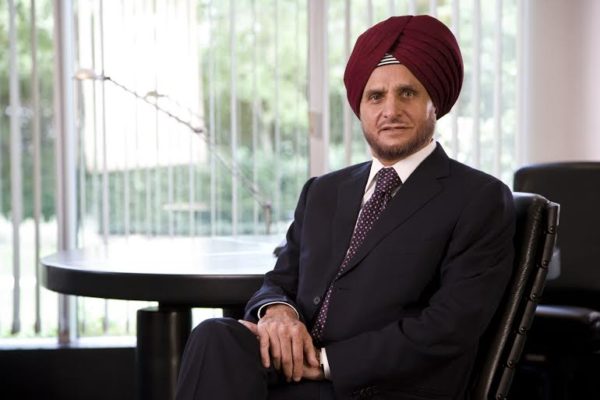 “This is a truly reformist budget and I’m most heartened to see that the Finance Minister has set a solid roadmap for the Indian economy. There are big changes for business as expected and the most awaited reform – that of GST, has been finally announced. This is bound to reinvigorate industry and will make definitely make manufacturing more competitive. The GST, by subsuming a large number of central and state taxes into a single tax will help establish what we need – a common national market.

The additional focus on roads and rail infrastructure along with an increased spend of Rs 70,000 crore will also prove to be beneficial for the economy as well as the tyre industry. The announcement of the commissioning of five “ultra-mega” generation projects to end India’s chronic power shortages is another commendable step to ending our infrastructure woes. The further reduction in Corporate Tax from 30% to 25% in four years is also a huge positive for us, as it will provide yet another fillip to the ‘Make in India’ story.

However, I continue to be hopeful that the Finance Minister will also address the anomalies of the inverted duty structure in the immediate future and give a fillip for tyre manufacturers to ‘make in India'”