The 2015 Ford Mustang RTR has now cropped up on the web in the form of some sketches. It will be officially unveiled within a few months. 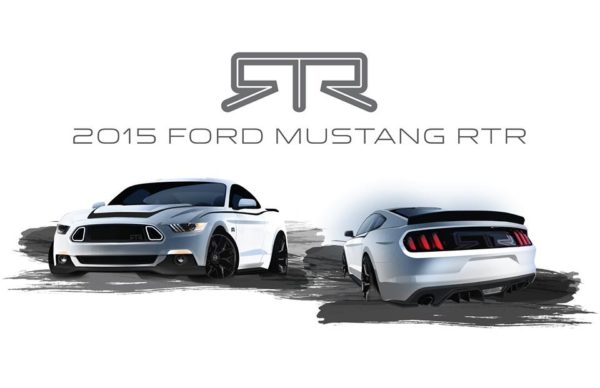 The Mustang RTR is a series of specially modified cars, boasting of higher power under the hood as well as slicker looks. The brand has been created by Ford in association with world champion drifter Vaughn Gittin Jr. The cars are manufactured by Ford, but the modifications are done by a company named CDC ( Classic Design Concepts ). The Mustang RTR has been going strong from year 2010 onwards, and has drawn growing attention upon the brand Mustang itself.

As the sixth-generation of the Ford Mustang readies itself, a new 2015 Mustang RTR is inevitable. 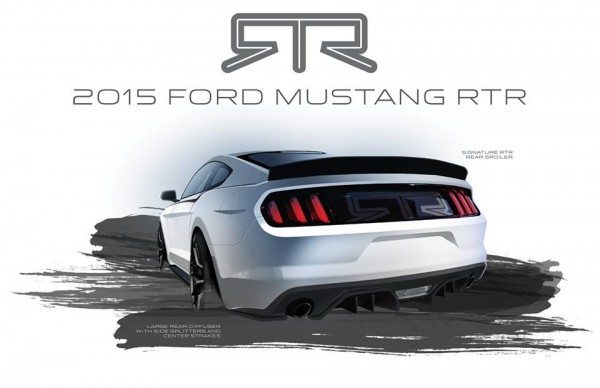 Two engine options will be available on the new Ford Mustang RTR. The standard offering will be the 2.3 Liter EcoBoost four-cylinder engine cranking out 300 hp. For the ones with even deeper pockets, there is another 5.0 liter V-8 engine. This engine is stated to deliver over 435 hp. There has been no word about the pricing of the new Mustang RTR, though. Expect it to cost a hefty amount. For those who would love the ” RTR ” influence on their regular Mustangs, Ford has another offering.

Enthusiasts can purchase quite a few elements of the design package of the new Mustang RTR. These can be bought online from the official website of the Ford Mustang RTR.

We Indians have been used to the tag ” RTR “ on a completely different vehicle. Can anyone guess what the R-T-R on the Mustang stands for?? 😀