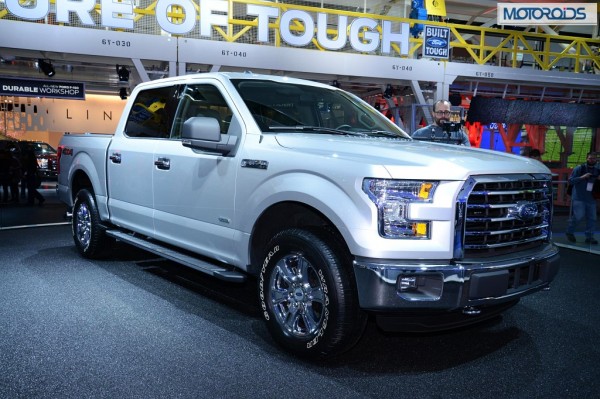 The new 2015 Ford F-150 is being described by its manufacturer as “toughest, smartest and most capable F-150 ever.“

The new 2015 Ford F-150 is based on the Atlas concept that we saw earlier the new truck has even borrowed cues from the 2015 F-Series Super Dut. As a result, it boasts of a bold front fascia that consists of a huge grille and a set of rather futuristic-looking headlights. Other striking design features include a stylish green house, flared wheel arches and an integrated spoiler for the tailgate. 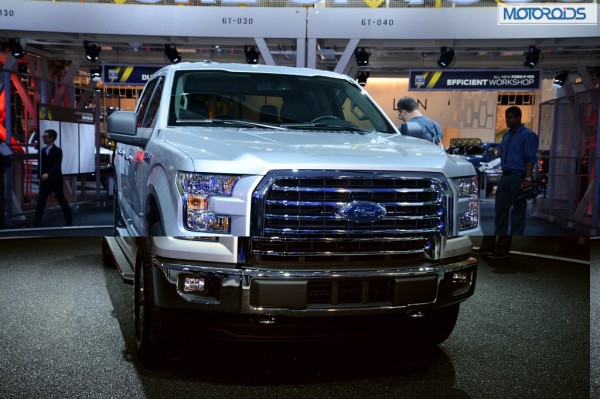 The car comes with a huge features list taht includes- SYNC, MyFord Touch, an 8-inch “productivity screen”, a rear view camera, trailer brake controller, a 360-degree camera system and high-wattage power outlets among others. One of the biggest features on the new F-150 is a bed with integrated loading ramps and a “smart trailer tow module” which can “inform the driver of potential trailer connectivity issues including burned or unlit trailer marker lamps, and brake light and trailer battery faults.” The 2015 Ford F-150 also gets trailer hitch assist, LED bed lights, a remote tailgate and a BoxLink system that consists of metal brackets and custom cleats for securing cargo.