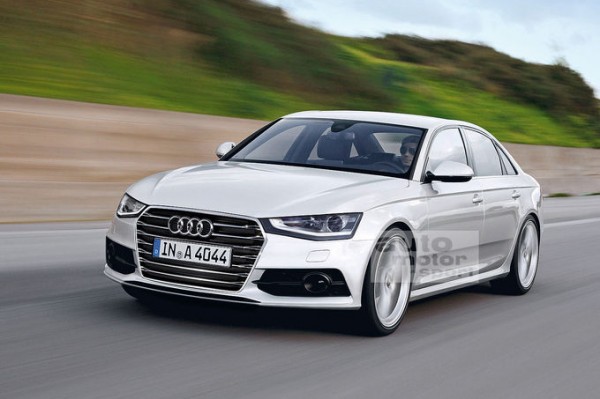 The next gen Audi A4 is likely to make its public debut in 2014 and here are a couple of speculative renderings of the upcoming 2015 Audi A4 sedan. These renderings give us a glimpse of the 2014 A4’s exterior body design and come the good chaps at German car magazine, Auto Motor Und Sport.

The exterior body design of the 2015 Audi A4 would be based on the carmaker’s new design language, which will debut with the next gen Q7 crossover.

The exterior design of the new A4 will sport Audi’s brand new design language which will first be seen on the new Q7. A feature that will be carried over from the current Audi cars design would be the LED daytime running lights. The car will also sport an evolved ‘Audi Bulgarian Beard’ front grille. 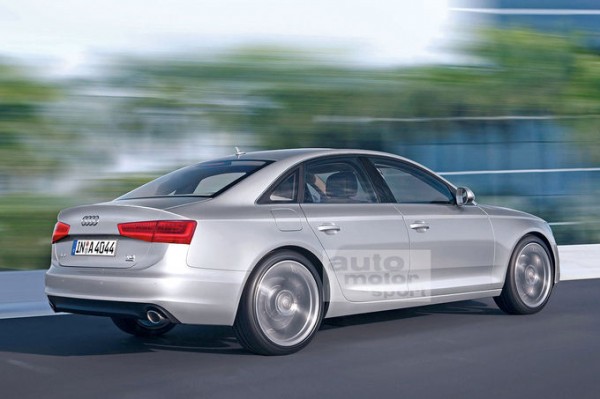 Currently the A4 is being sold in sedan and estate body variants and this trend is likely to continue with the next gen model. Several reports suggest that the A4 would also get a ‘Vario’ body variant, which would be as long as the sedan but will have boot space equivalent to that of the estate. The A4 Vario will basically be a BMW 3 Series GT adversary. The fact that the 3’er GT is coming to us next year makes the launch of A4 Vario in India all the more likely. Another set of reports suggest that the next gen 2015 A4 could sport technologies such as the cylinder deactivation system to bring down the CO2 emissions and increase the fuel efficiency.

Nothing else is really known about the upcoming 2015 Audi A4 but safely expect us to update you all as soon as more details emerge.