Home News Is this how the 2014 Tata Vista would look like? 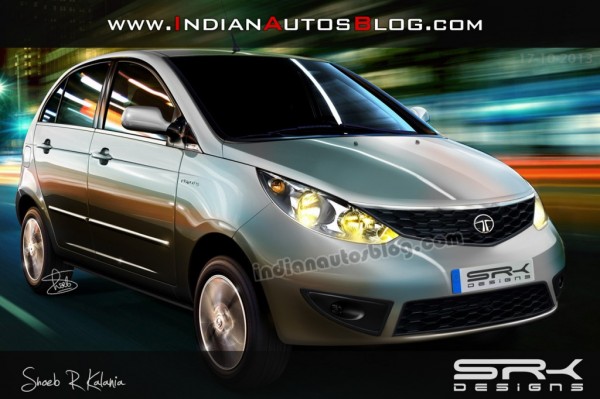 The upcoming 2014 Tata Vista facelift has been been spotted testing on numerous occasions. While the upcoming car hasn’t yet shed its camouflage, we all seem to have a fair idea of what to expect from the upcoming model.

Based on all this, the good chaps at IAB have come up with a set of speculative renderings of the updated Vista.

As can be seen in these renderings, the Vista facelift is expected to sport a set of redesigned bumpers. It is being said that these bumpers will be marginally longer and would in turn, slightly add to the car’s overall length. Also, the car would sport a new front grille, which could be inspired by that of the Manza hybrid that was showcased at the 2012 Indian Auto Expo. Along with all this, the front end will also come with a new hood. 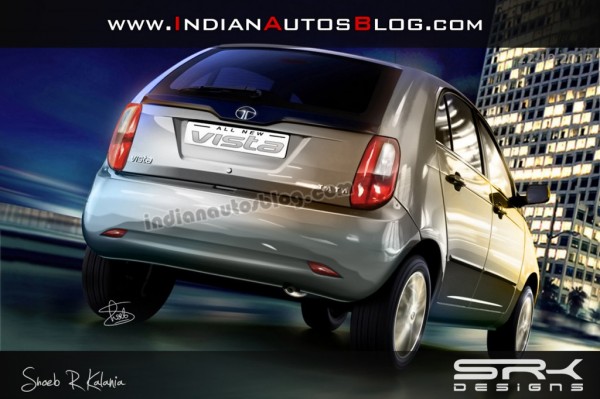 At the rear, the car will come with a set of new tail lamps. With the advent of the facelift, the Vista will dump the traditional X-Mas tree like design for thr taillamps and would instead come with more conventional units. The registration plate housing too would move upwards and on to the rear hatch.

On the inside, the car would get slight revisions such as new color for the panels and probably a new audio interface. The car could also get a longer features list.

Engine options are likely to be carried over from the current model. However, it is very probable that the manufacturer would re-tune them for slightly improved fuel efficiency.

We expect the 2014 Tata Vista facelift to be showcased at the 2014 Indian Auto Expo, in February next year. Sales are likely to commence before the end of this fiscal.