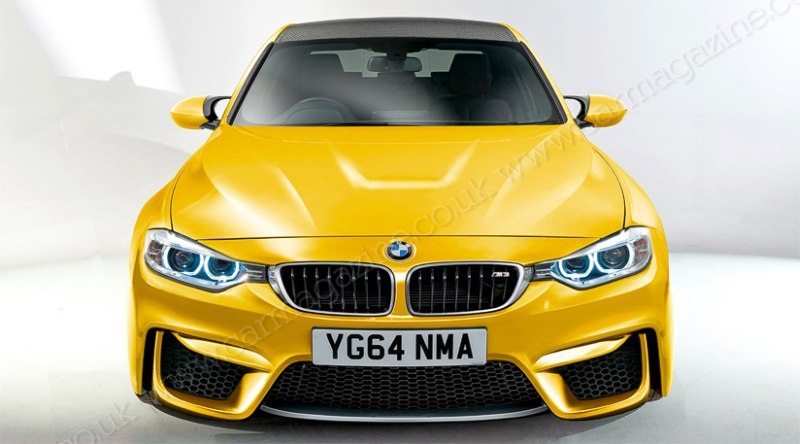 We have been eagerly waiting to get sufficient details on the upcoming 2014 BMW M3 performance sedan. Now, what we have here today are a few renderings that are being said to be based on two design drawings that come from BMW’s Munich’s styling studio.

The new 2014 BMW M3 will come with a lower ground clearance and a wider track. It will ride on bigger and stylish 19 inch mag wheels that will have a 5*2 spoke design. 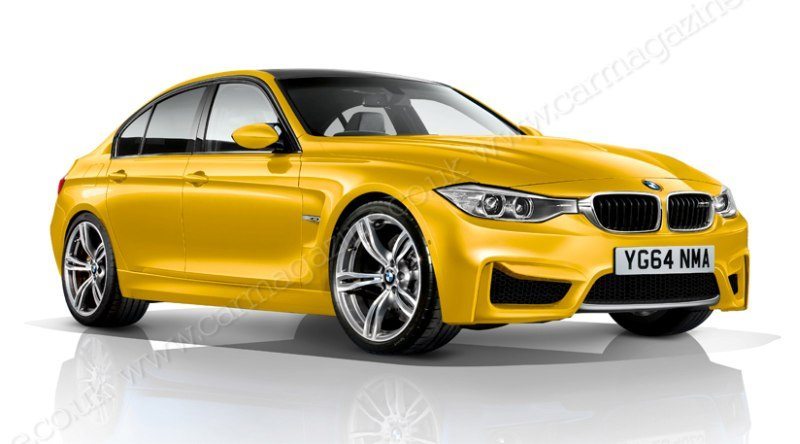 The front fascia will get some revisions in the form of an updated bumper, a front diffuser and M badge on the front grille. The hood, in typical M3 fashion, will get a faux power dome. The car will come with blue brake callipers, carbon fibre door mirrors & roof and blackened chrome exhaust tips.

On the inside, the car will get lot of carbon fibre bits, an open-spoke steering wheel design and slimline paddle shifters. 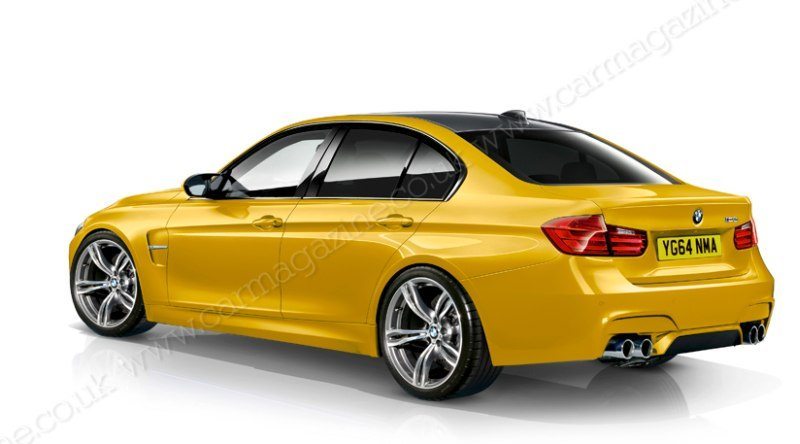 The new M3 will mark the return of the straight six engine. It may be noted that the E92 M3 sports a V8 mill. Powering the new M3 will be a 3.0L twin-turbocharged straight six engine with 444bhp on tap. The power will be sent to the rear wheels thru an 8-speed M-DCT twin-clutch box/ 6-speed manual gearbox. The new M3, in all probability, will be faster to 100kmph by 0.3 secs.

The 2014 M3 will come with M-Diff- an electronically controlled mechanical differential that controls the distribution of torque between the wheels.

2014 BMW M3 Concept is scheduled to be showcased at the Frankfurt Motor Show this year with the production model making its debut at 2014 Geneva motor show.