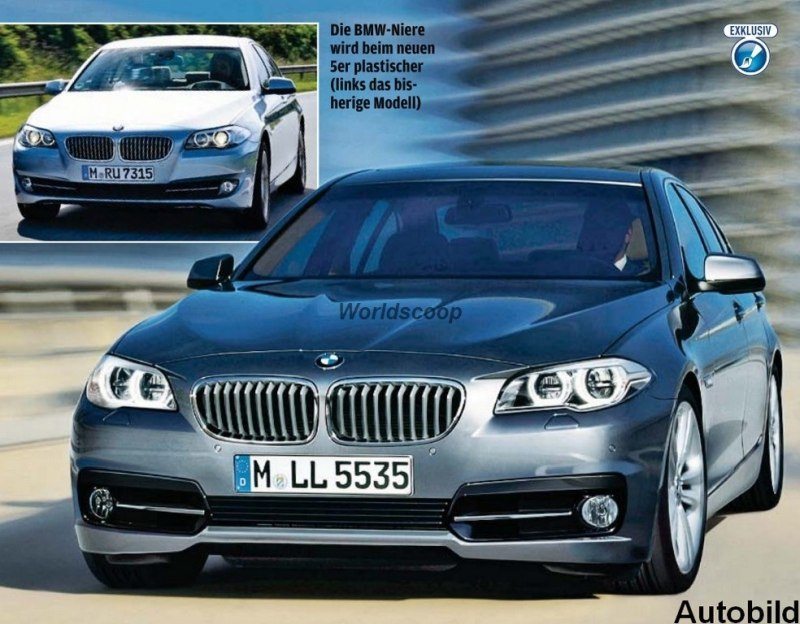 It has emerged that the boffins at BMW are almost done with the development of a mildly refreshed version of their 5 series executive sedan. The BMW 5 Series facelift is a part of the carmaker’s plan to give a mild Life Cycle Impulse (‘facelift’ in common speak) to its entire line up of cars before launching their all new models.

We have updated our website with quite a few details of the upcoming 7 Series, X1 and X6 facelifts. Now, what we have here are some details of the 5 Series facelift.

The rendering that you see here might be very close to what the updated 5 is going to look like.

The BMW 5 Series facelift will come with updated headlamps and taillamps. The car will remain largely unchanged in profile but safely expect it to get turn indicators on ORVMs and new design alloy wheels.

The exteriors of the car will also get a set of new bumpers and a new front grill. On the inside, the car will get an upholstery change, a slightly updated dashboard, multi-functional instrument display and few more features from the larger 7 Series.

The car will remain unchanged mechanically and will continue to be powered by the current range of engines.