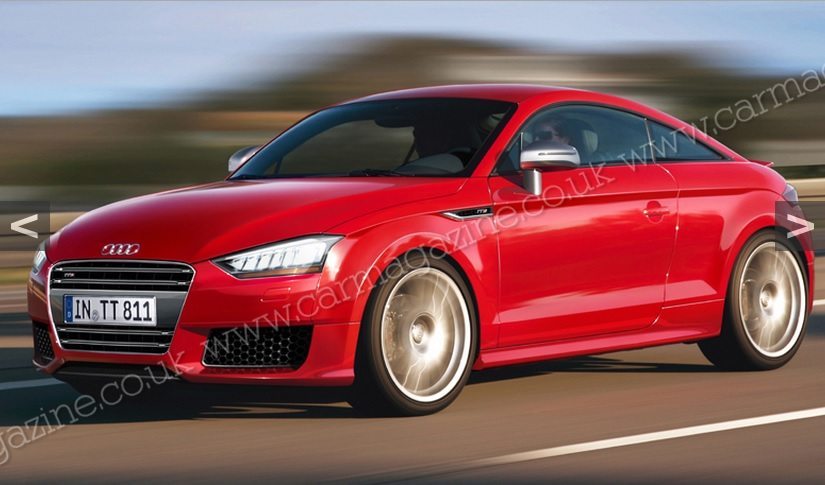 It has emerged that VW Group’s German premium car maker Audi is busy with the development of the next generation of its TT sports coupe.

The artistic impression that you see here might be how the new third-generation Audi TT might look like. The Audi TT MkIII will be unveiled in 2014 and is expected to come to us towards the end of 2015.

Various sources have been saying that the new Audi TT will feature an aggressive front fascia that will consist of a hectagonal singleframe grille, a pair of large low-mounted air intakes and a pair of wraparound headlamp units.

At the rear end, the car will come with a stubby styling and an active air dam to increase the downforce. The car will also get rear spoiler neatly integrated into the roof.

Audi’s R&D chief Michael Dick has said that: ‘It will be a fusion of the Mk1 and Mk2. Expect a more sinewy and athletic car. The design remains iconic, but the driving dynamics will advance significantly.’

On the inside, the new TT is expected to boast of a fully animated single-screen instrument panel that will be borrowed from the next Audi R8 supercar.

The next gen Audi TT will be based on the flexible MQB architecture that also underpins the new 2012 VW Golf Mk7 and Audi A3. The Audi TT will be powered by a four-cylinder engine that will have high performance and efficiency figures.