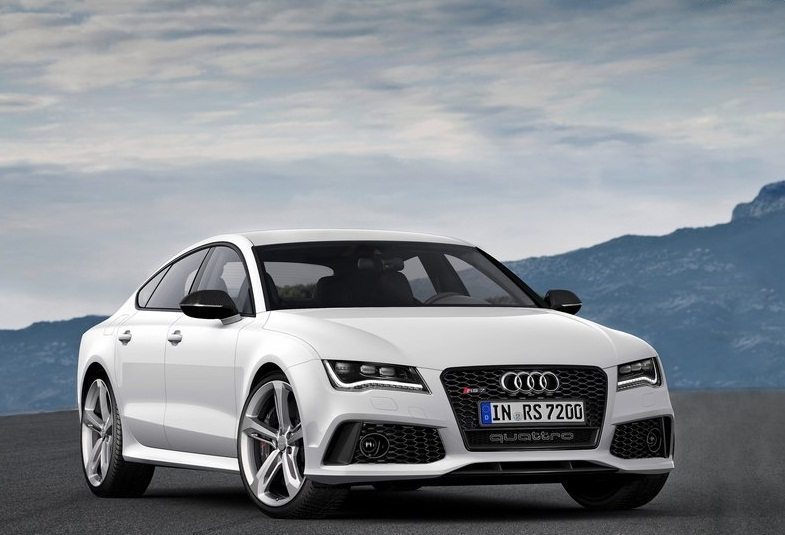 Ingolstadt based German premium car maker Audi has showcased the RS7, a performance version of the A7, at the Detroit Motor Show this year.

The new Audi RS7 looks far meaner than the S7 sibling and comes with bigger air intakes, a honeycomb grille, faux aluminium mirror housings and twin oval exhaust tips. Other major difference is that the RS7 rides on tastier 20-inch mag wheels, with 21 inchers being optional. 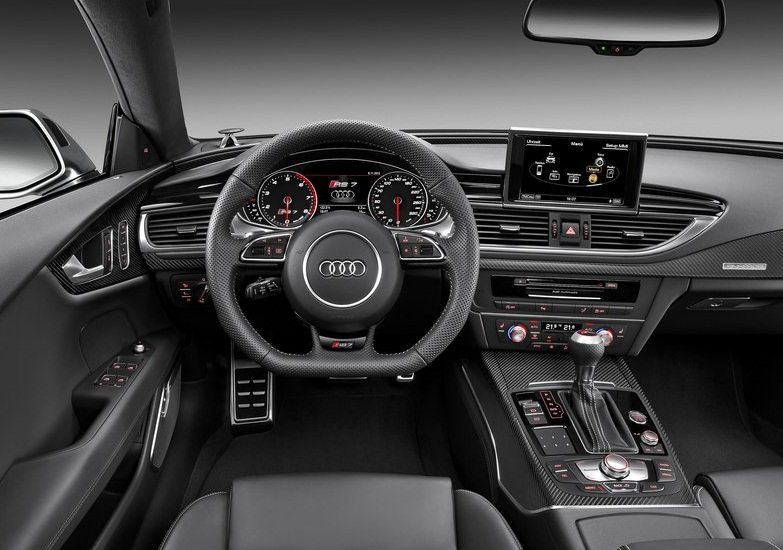 On the inside, the car gets a flat-bottom steering wheel and a 200-mph speedometer. The RS7 also gets a colour display which shows data like the oil temperature, boost pressure and a digital shift light.

Talking about the things that matter the most, powering the car is a 4.0-liter twin-turbo V-8 motor that has a peak power output of 560hp@5700rpm and max torque rating of 516lb-ft@ 1750 rpm. All this torque is transmitted to the four wheels through an eight-speed ZF auto box.

Audi claims that the RS7 is capable of hitting the 100kmph mark in a quick 3.9 seconds and that it has a top whack of 248 kmph. Opting for performance boosting packages can raise the electrically limited top speed to as much as 304 kmph.

Audi is offering the customers to choose between an air suspension and a steel-sprung suspension.

As is becoming a norm with almost every other VW Group car, the new RS7 benefits from a cylinder deactivation system and a stop-start system to have a fuel economy rating of 21mpg in European combined cycle. 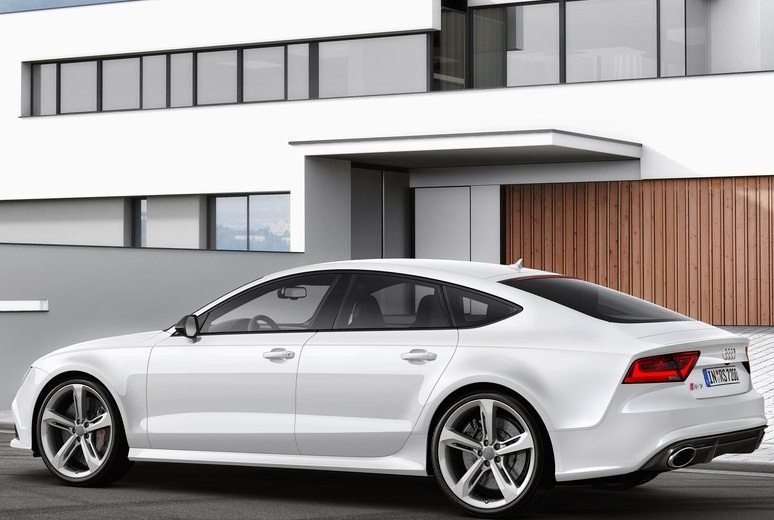