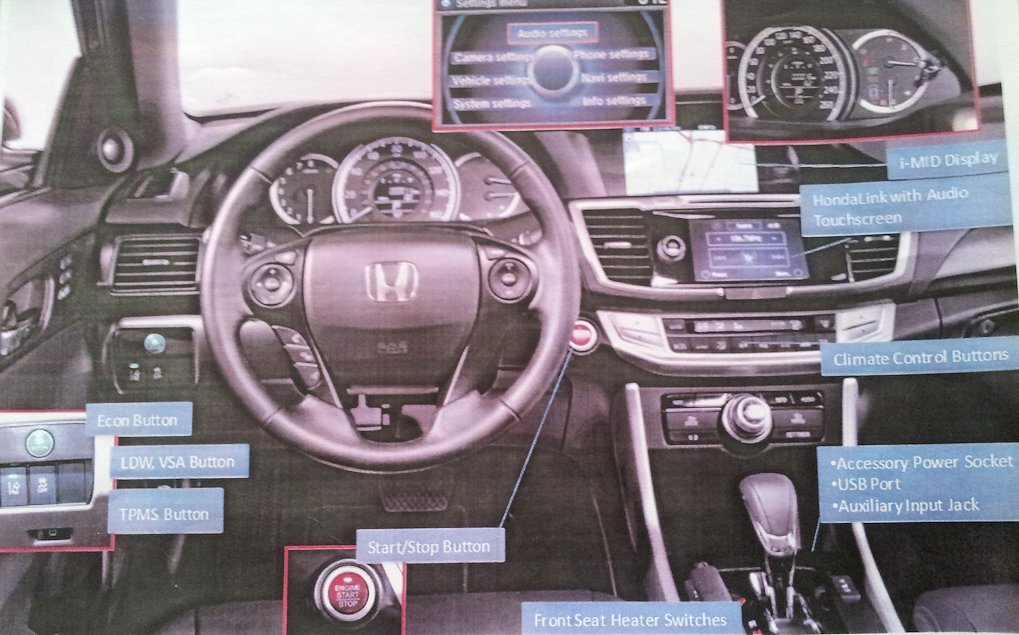 We reported in detail when Honda unveiled the pics of the upcoming generation of Accord entry level executive sedan. Few days back, we posted a video in which the car is seen in action for the first time and now, a pic of the 2013 Accord’s dashboard has surfaced on the web world.

The pic clearly shows that the dashboard styling has been inspired by that of the new CRV and the usage of dark tones has given the dashboard a very clean and luxurious look. The dash panel gets a Multi information Display and Honda-Link touchscreen interface. It can also be seen that the car gets the Push Start/Stop button the steering will get audio and cruise control buttons at the steering.