Home News 2013 Ducati Multistrada 1200 – Images, details and all the features 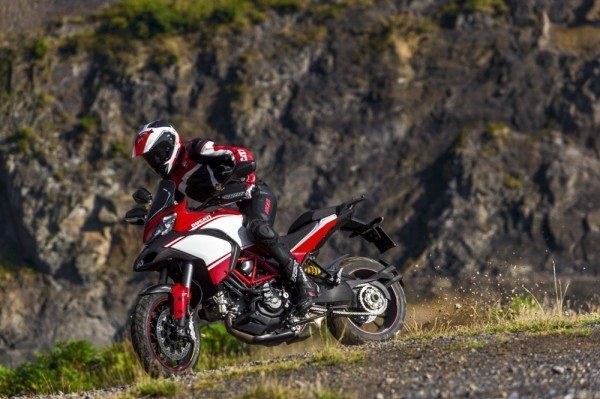 Ducati have brought out the 2013 Multistrada 1200, and this time, the bike features more than a new model year prefix. The new Multistrada is a thoroughly overhauled product featuring some really innovative technologies. Highlights on the new model include restyled aesthetics, a brand new Granturismo model and the innovative new Ducati Skyhook Suspension(DSS) system. 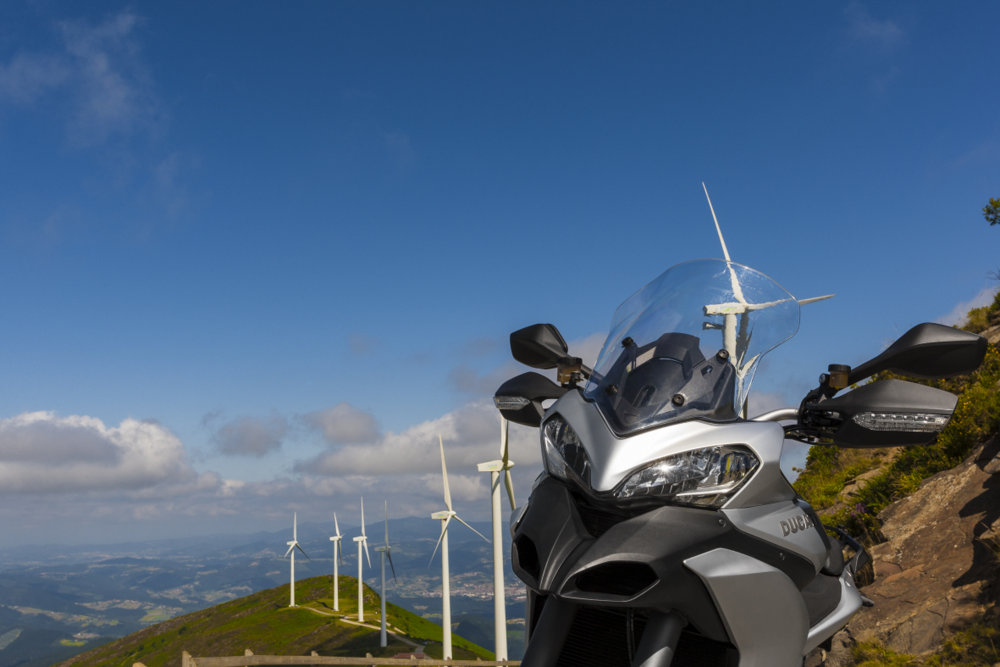 The ‘S’ versions of the Multistrada 1200 are now equipped with electronic 48mm Sachs front forks and rear single shock, both featuring the new Ducati Skyhook Suspension (DSS) system. The new technology features a semi-active suspension management that constantly re-adjusts damping to maintain optimum vehicle composure -as if the motorcycle was suspended from the sky.

DSS uses data delivered from a number of sensors situated both on the “sprung” and “unsprung” sides of the chassis to calculate and provide the smoothest possible operation. Vertical accelerometers situated on the front lower triple-clamp and in the rear sub-frame deliver “sprung” data, while additional sensors on the front fork leg lower and rear swing arm – close to the wheel hubs-deliver “unsprung” data. DSS then uses an algorithm in its programming which considers an imaginary fixed reference point above the vehicle: “a hook in the sky”. The system then responds to the inputs of both the vehicle and wheel movements with instantaneous damping adjustments to help maintain a constant relationship between the Multistrada and the reference point, providing optimum vehicle equilibrium and a smoother ride. 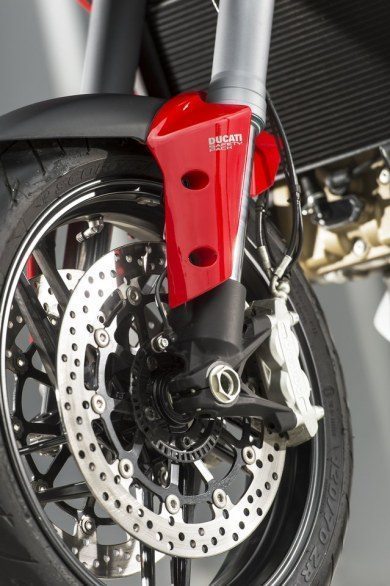 Now an integral part of the Ducati SafetyPack (DSP), the 2013 Multistrada1200 is equipped with the very latest Bosch ABS 9ME controlled Brembo braking system. Shorter stopping distances with enhanced stability are vital prerequisites, whether for Sport or Touring, but add full Riding Mode interaction to the set-up, and the latest system enables zero-compromise performance for Urban and Enduro also.

For 2013, the arrival of the second generation Testastretta 11° DS engine introduces a number of important and highly effective enhancements, increasing torque to 120 Nm and overall mid-range power delivery with even smoother operation.

Constant investment in quality by design, advanced materials and engineering techniques, has enabled the distance between major service intervals (valve clearance check) to be set at an owner-friendly 24,000km

The racing-derived Ducati Traction Control (DTC) has been integrated into the new bike. Within milliseconds, DTC is able to detect and then control rear wheel-spin, considerably increasing the bike’s active safety and performance and is an important component of the Ducati Safety Pack (DSP). 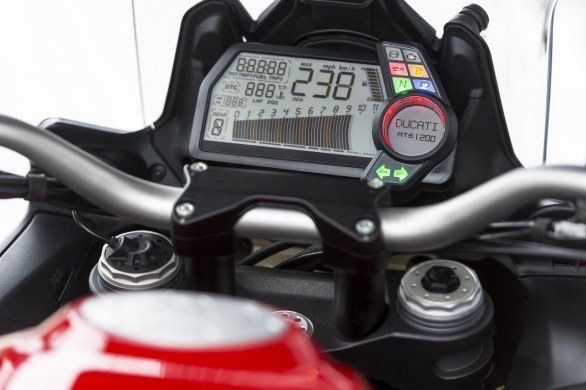 The instrumentation has a large, high visibility LCD showing all main data and a dot-matrix circular LCD which displays the Riding Modes, additional data or set-up menus depending on whether the bike is stationary or moving.