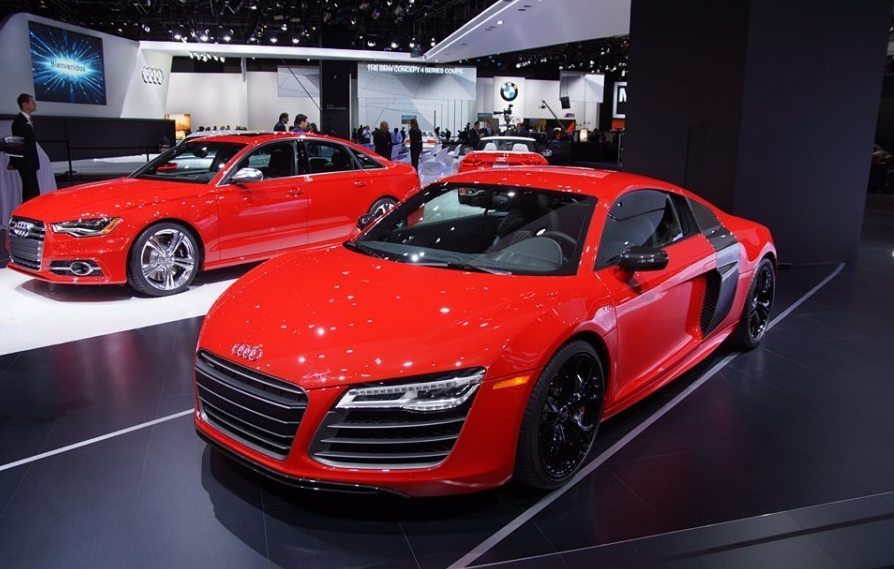 Audi has showcased a refreshed version of their R8 at the NAIAS 2013. A glance at the picture is enough to recognize the trimmed bodyline and a sharper frontal view- thanks to a more incisive set of LED lights. The grill has a slightly hexagonal appearance and accommodates a new bumper running across.

Though there have been no changes in the powerplant department and would continue to be propelled by the earlier V8 (424 bhp) and V10 (518 bhp) engines, the new Audi R8 sports an all new 7-speed S-tronic dual clutch gearbox to the existing single clutch 6-speed automated R Tronic system. The improvement aids quick gear changes eliminating the lag between shifts and aggressive downshifts during hard braking. For instance it can cog down from 7th to the 1st in a matter of one second! TAKE THAT!