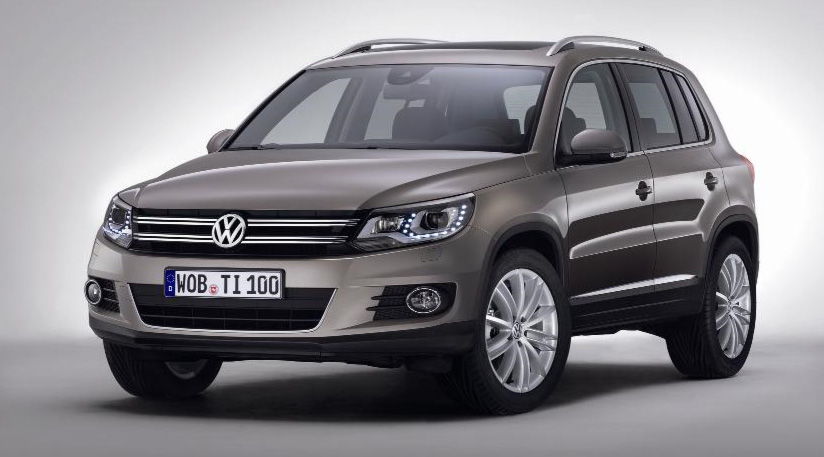 VW have revealed the pictures of their face lifted Tiguan. The new vehicle will make its first real world appearance at the Geneva Show in a month’s time. The Tiguan is bang in the CR-V territory, and with a good diesel option. An India launch is highly anticipated in the times to come.

For the face lifted version, the Tiguan’s grille has been face lifted to match the new VW design language. The Tiguan now somewhat resembles the Polo, and Vento, and Scirocco, and Passat, and Jetta, and which is something we are not very fond of. However, as a standalone case, the Tiguan looks handsome and well proportioned, again, just like most other VW vehicles. The earlier round-ish headlamps have now made way for angular lenses. The headlamps also have LED arrays within them. Changes have been made to the rear end as well. Here’s a picture gallery.
[nggallery id=44]