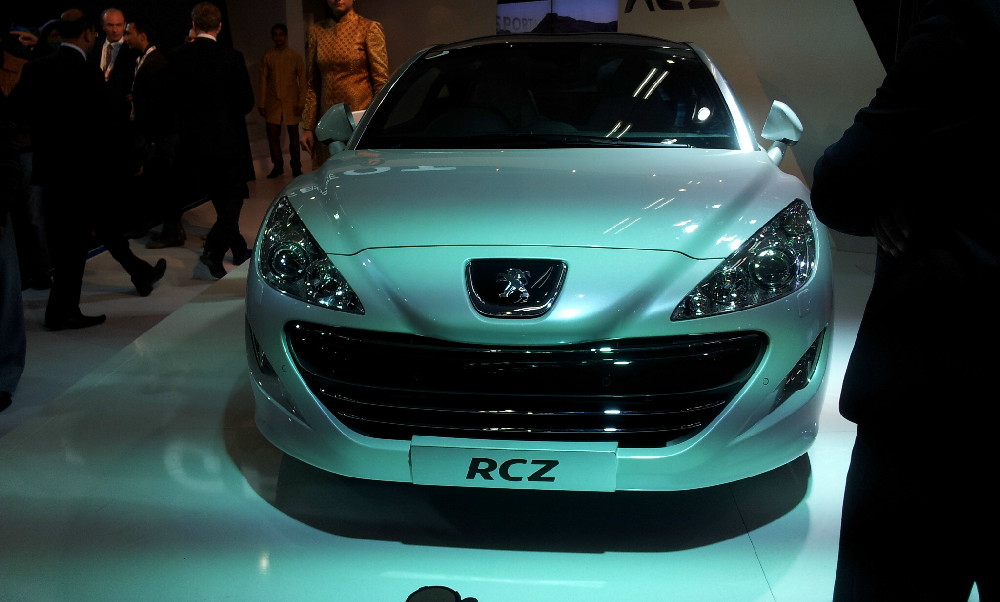 French Carmaker Peugeot made its intentions of becoming a key player in the Indian auto market clear by making a strong presence at the 2012 Auto Expo. The company has started work on its production plant in India, with the testing of its products in India already underway. The 508 sedan and the 207 hatchback have been caught testing several times in India. The company plans to launch its CBU products in India front next year and will start assembling cars from 2014

Peugeot clearly indicated that it plans to launch the 508 sedan in India by making it the centerpiece of its Auto Expo Exhibit. The car was surrounded by the 3008 Hybrid, the 3008 and the RCZ at the company’s Expo stall. Here what you need to know about these cars along with some images of the company’s exhibit.

The Peugeot 508 will slug it out with the Honda Accord, Skoda Superb and the VW Passat on release. Expect a price tag in the region of Rs. 20 Lakh 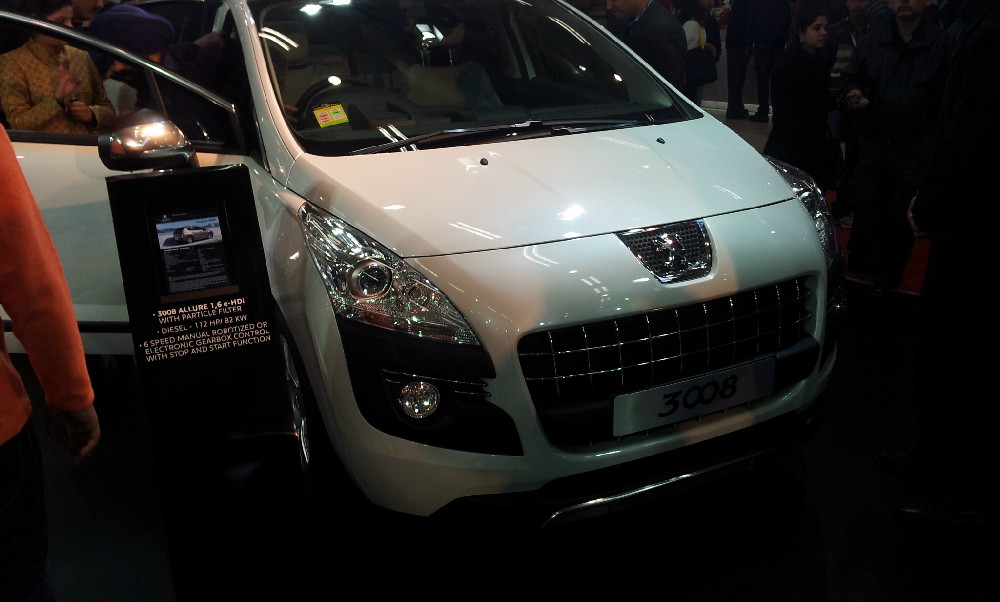 The Peugeot 3008 is a compact, spacious and responsible crossover. It represents a new and innovative offer, not only in the Peugeot range but also in today’s car market as a whole. Manufactured in Eastern France at the Sochaux manufacturing plant, its concept and specification has draw on all of Peugeot’s expertise and values.

The 3008 is positioned at the crossroads between several existing vehicles: the SUV, the MPV and hatchback. The car derives its strengths from this blend of motoring concepts while at the same adopting a number of new and original technologies (Dynamic Roll Control, Grip Control, etc) enabling it to combine specifications often deemed incompatible (driving pleasure inside a “tall” vehicle, improved traction while at the same time being eco-friendly, etc).

Through its non-conformist approach and its resolute styling, the 3008, designed as a pioneering vehicle, offers an original solution and optimal versatility to customers in search of modernity, practicality, peace of mind and driving pleasure. 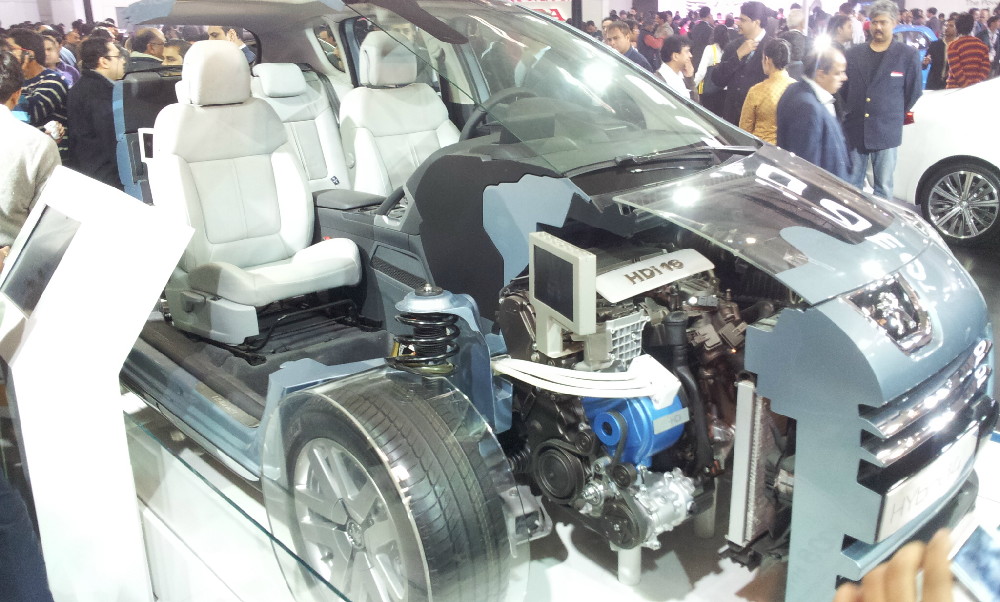 The Peugeot 3008, with HYbrid4 technology, is the first diesel electric “Full Hybrid” production car to be marketed in the world. This car is the culmination of a project which required every ounce of expertise on the part of Peugeot’s engineers, to obtain a result on a par with the Marque’s environmental demands while at the same time providing high levels of driving enjoyment. It is also an original and virtuous association of diesel and electric power.

HYbrid4 designates the hybridization of a diesel engine (2.0 litre HDi FAP 120 kW / 163 bhp) with an electric motor offering a maximum power output of 27 kW (37 bhp).The choice of a diesel engine is based on its fuel consumption, reduced CO2 emissions and Peugeot’s latest generation STOP & START technology, which is silent, efficient and effortless.

With the 3008 HYbrid4 Crossover, the environmentally-friendly combination of diesel and electric power also paves the way for: 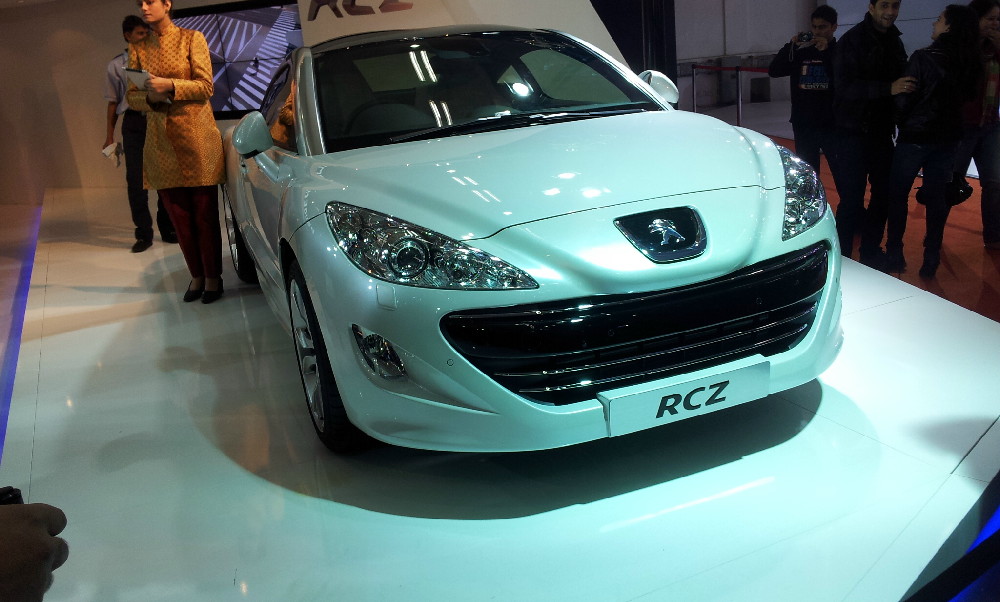 the RCZ Sports Coupé marks a new stage in the line up of Peugeot’s “leisure vehicles”, while also being the first product to benefit from the latest Peugeot Lion brand identity. The Peugeot RCZ, a sporty and compact 2+2 Coupé, is designed to become an exclusive vehicle, something special, exuding a real air of excitement. Its name, RCZ, symbolises its exclusive position in relation to the Peugeot range: it is the specialist car not to use the numbering system with a central or double zero;

The RCZ is aimed at the modern customer, particularly demanding and well informed when it comes to cars, who looks to stand out… and is ready to succumb to automotive temptation. As such, the RCZ is the first exclusive vehicle in the Peugeot range and will be followed by other exclusive models in the years to come, all distinctive, with a specific identity, building on the strong personality and the promise of new motoring enjoyment, like 508 RXH.

The whole range of engines available:

The THP 147 kW (200 bhp) engine is new and – a world first on a 4 cylinder engine – featuring unique technologies allowing it to attain a very high level of efficiency, both in terms of performance, fuel consumption and CO2 emissions.