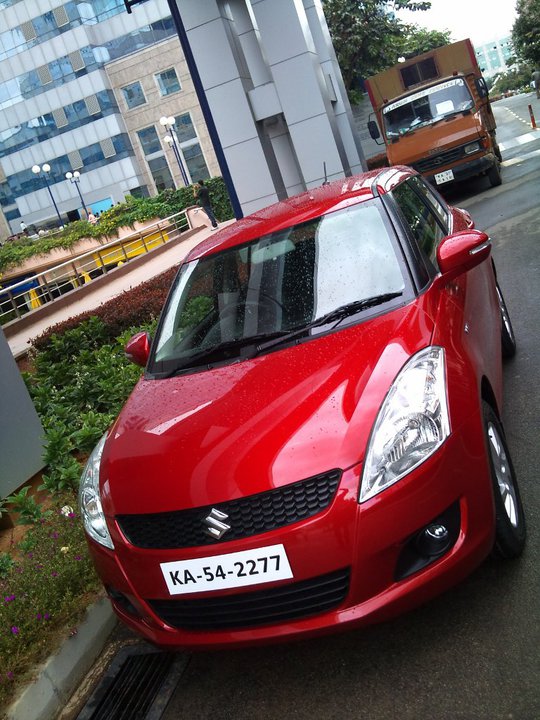 With Maruti Suzuki, numbers take a different meaning altogether in India. The No.1 carmaker in India produces almost half the cars that run on this country’s streets. So when it comes to flaunting the bookings received for their new products, the numbers simply make other carmakers’ projections look microscopic. Often we hear carmakers boasting having received ‘4000’ or ‘6000’ bookings ‘after the launch. Here’s we have a carmaker, which is still about 15 days away from launching a new product, the price of which is not known to anyone, and yet, has managed to receive an astounding 40K bookings! Imagine where the number is headed in the next 15 days, and in case you want to marvel a bit more, after the launch! Not without reason is the Swift called the darling car of India.

You can read all about the new Swift, its features, engine outputs and projected pricings in our earlier feature.

In the meantime, another news that’s doing the rounds on the internet is that of the 2012 Maruti Suzuki Swift having crashed while filming for an ad. A fan of the popular Car and Bike Show on NDTV has put some pictures of the car having been crashed while being shot for an ad film. The car’s windscreen got shattered and a small dent on the rear end can also be seen.

Here we have some more pictures of the damaged car…