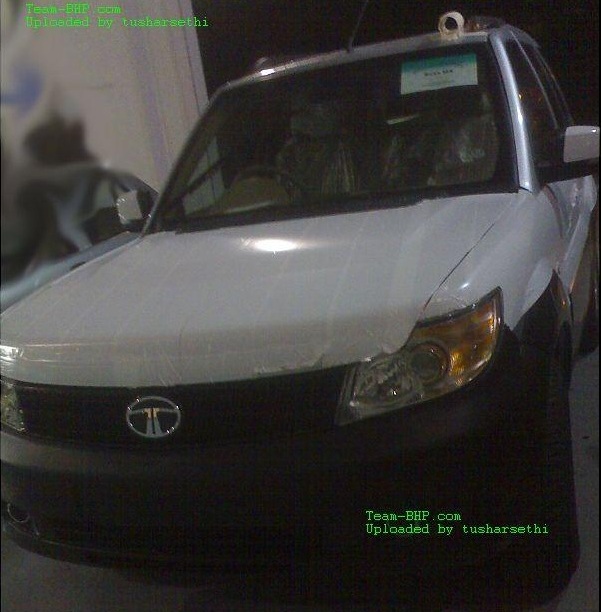 As you would recall, Motoroids were the first to bring you the totally undisguised images (AND the first disguised shots) of the new, 2011 TataSafarai. Now some fresh images of the car, along with some more details have emerged on the internet. According to the guy who has uploaded the above image on the team-bhp forum, this image is of the next-gen Safari, which is going to be known as the Tata Merlin. Merlin, according to some references on the Internet, Merlin is a legendary figure best known as the wizard with mentions in the times of King Arthur – a legendary British leader of the late fifth and early sixth centuries.

The code name for the Melin project was Safari18, as the project was supposed to complete in 18 months. However, it took 36 months for the project to complete. The car will be powered by the same 2.2-litre DICOR engine as the recently launched Tata Aria and will also feature the same 4×4 tech. The technologically advanced features of the Aria like Traction Control and ESP along with other active and safety features will also be a part of this package.

The black bumpers on the spied car are not standard and will be replaced by body coloured bumpers in the prodcution version of the car. The current Safari will not be discontinued and will be sold with a facelift for the year 2011. The new vehicle features HIDs, and will also have most of the Aria’s features.
Information on the newly spied is still very scant, and as you can see, we have put this post at 2:00 am as we stumbled upon these pictures just before we were about to crash out. we’ll scout for more information in the morning, and will update you as we get some more info on this new machine.