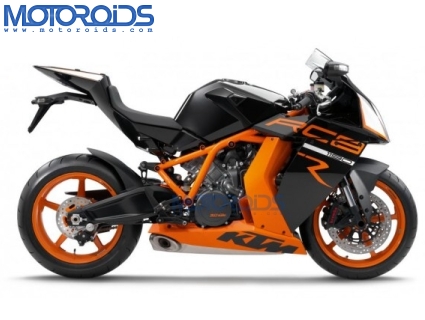 KTM has unveiled the reworked version of its flagship model, the 1190 RC8 R. As is evident from the photos, the 2011 RC8 R gets new racy graphics along with an all orange treatment for the frame and the wheels. Behind the new fairing is a reworked 1190cc V-twin engine which now uses a new crankshaft and a more optimised fuel injection system (refer to the photos) and a lightened flywheel. This engineering has resulted in an increased power output which is now claimed to be 175hp and a torque output of 125Nm.  The suspension also gets a few tweaks to offer better handling with the increased power.