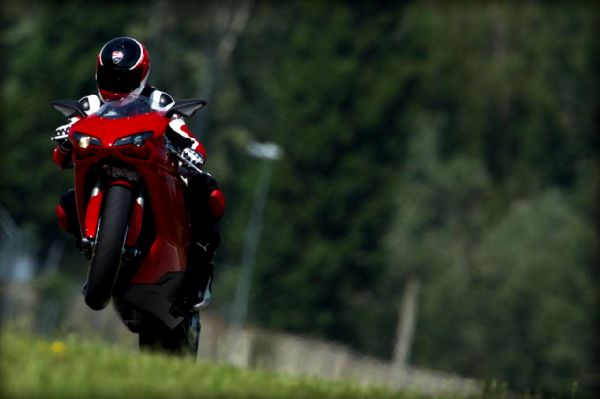 Ducati has announced the 848 EVO, an EVOlution of the previous 848. We simply love that bike matt black, however, there is more to this baby than just some cosmetic upgrades.
The re-tuned engine of the bike now produces 140bhp, up six horses from the earlier 848. The changes to the mechanical parts include all new cylinder heads, pistons, throttle bodies and camshafts. All those alterations have made this new Ducati the most powerful machines in its class of motorcycles.

As important as to speed up is to come to a halt in time. The stopping duties are now performed by all new single-piece Brembo Monobloc calipers for that extra bite for those emergency situations. There is also a cross-mounted steering stabilizer. Ducati claims that all these changes have been incorporated based on the learnings from the racetrack and the feedback provided by the customers.
The new bike will be dubbed as the 2011 model of the 848 and should hit the showrooms in North America by August. Ducati have decided not to change the price of the bike for the upgrade – for the black colour version. You will, however, have to pay $1000 extra, at $13,995 (nearly Rs 7 lakh) if you want the bike draped in the passionate Ducati Red.

Click below for the image gallery of the new 848 EVO