Below are the first few pictures of the MV Agusta 675cc triple cylinder middleweight superbike. The pictures were taken during tests undertaken by top Italian magazine Motociclismo. It was since quite some time that MV Agusta was planning to launch a 675cc three cylinder bike. 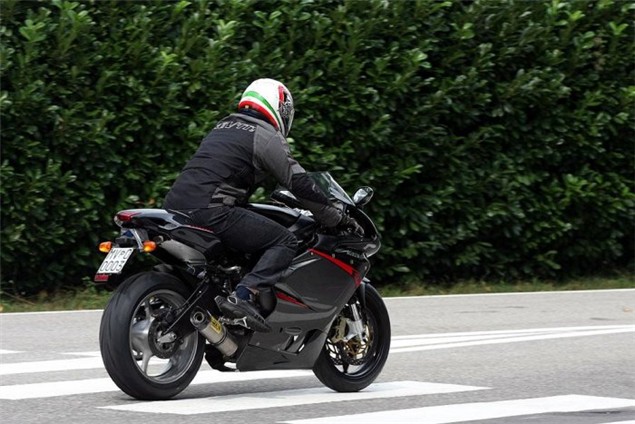 The 675cc bike was spied earlier by Visordown.com and the present pictures, sourced from the same site reveals that the bike does not feature the underseat exhausts like its sibling and the Triumph 675. The new bike on the other hand features a low-level exhaust exiting on the right hand side. The bike is believed to weigh about 160 kg which makes it light enough to make full use of its power. 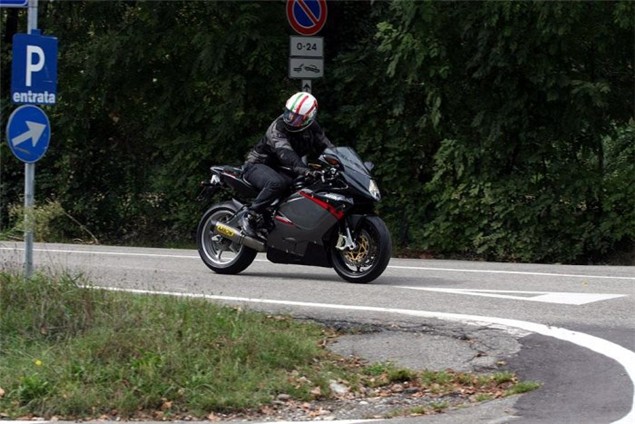 The bike will make its way to the Milan motorcycle show for the first time, which is scheduled to take place next month. The bike is reportedly going to be launched early next year.