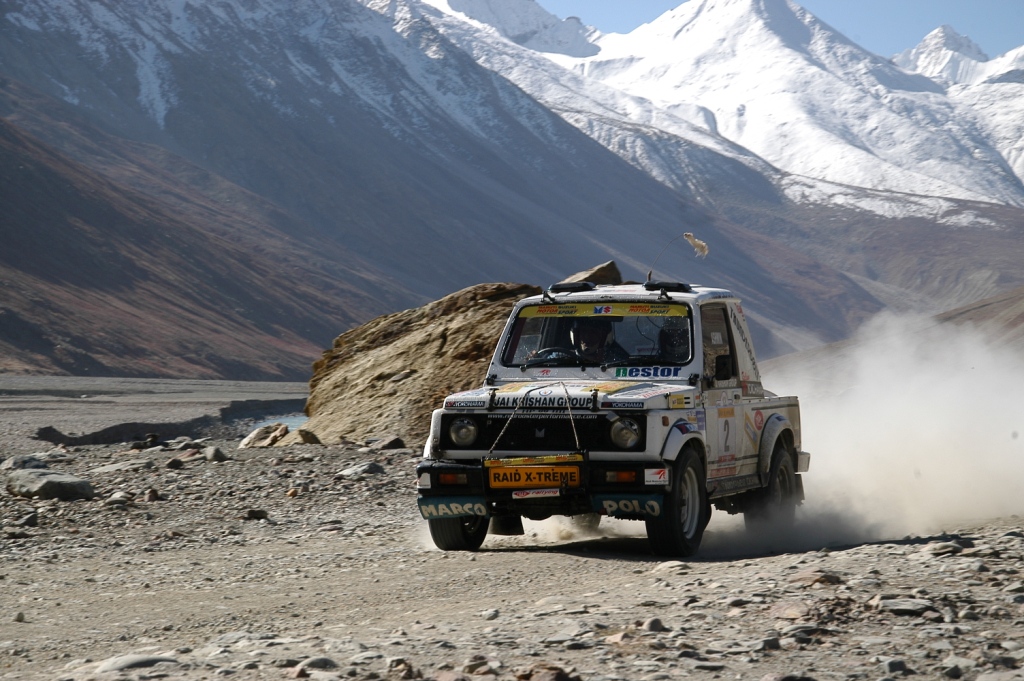 This year will witness the 13th edition of the annual motorsport event from Maruti Suzuki called Raid-de-Himalaya. The event is scheduled to be flagged of from Shimla on the 11th of October, 2011. This year, Maruti Suzuki is expecting around 291 contestants who wish to unleash the fury through the adrenaline rush that the event has to offer.

This edition of the Raid-de-Himalaya will be the first edition where the company has come up with two separate routes in order to enhance participation and make better use of the mighty Himalayan range. This will be the perfect recipe to satisfy young motorsport enthusiasts, especially amateurs looking out for an opportunity.

This year’s participation has increased by 5% with 291 contestants as compared to 277 in 2010. According to the unique format, the X-treme and Adventure category will compete on their own, separate thrill filled tracks which will meet at Rangdum, a valley situated 3,657 m (11,998 ft) above the sea level, in an isolated region of the Suru valley in the Ladakh region in the state of Jammu and Kashmir in Northern India. After this, the two categories will continue together via Penzi-La till the final stop which is at Srinagar, J&K.

The X-treme Category will start from Shimla on the 11th October and will go through the districts of Mandi and Kullu and halt at Manali. After this, the motorists will proceed through the mighty Rohtang Pass after which there will be a halt at Leh on October 12th. On the day next to this, the motorists will pass through Leh including the 18,300-foot Khardung-La, the highest Motorable road in the world and cover Kargil, Rangdum and Penzi-La to conclude in Srinagar on October 16.

Like the first category, the Adventure Trial will also be flagged off from Shimla passing through Mandi, Kullu, Kangra, Chamba, and to enter Jammu and Kashmir through Bhaderwah, Kishtwar, Kokernag and Ananatnag. After this, the motorists will continue to, Rangdum, Dras, Kargil, Zozi-La and end in Srinagar on October 16th.

This year’s rally will cover a total distance of 2000 km in 6 legs which will be spread over 6 days. The participants will be contesting on a treacherous route through various crests & troughs, which are a part of the great western Himalayan ranges.